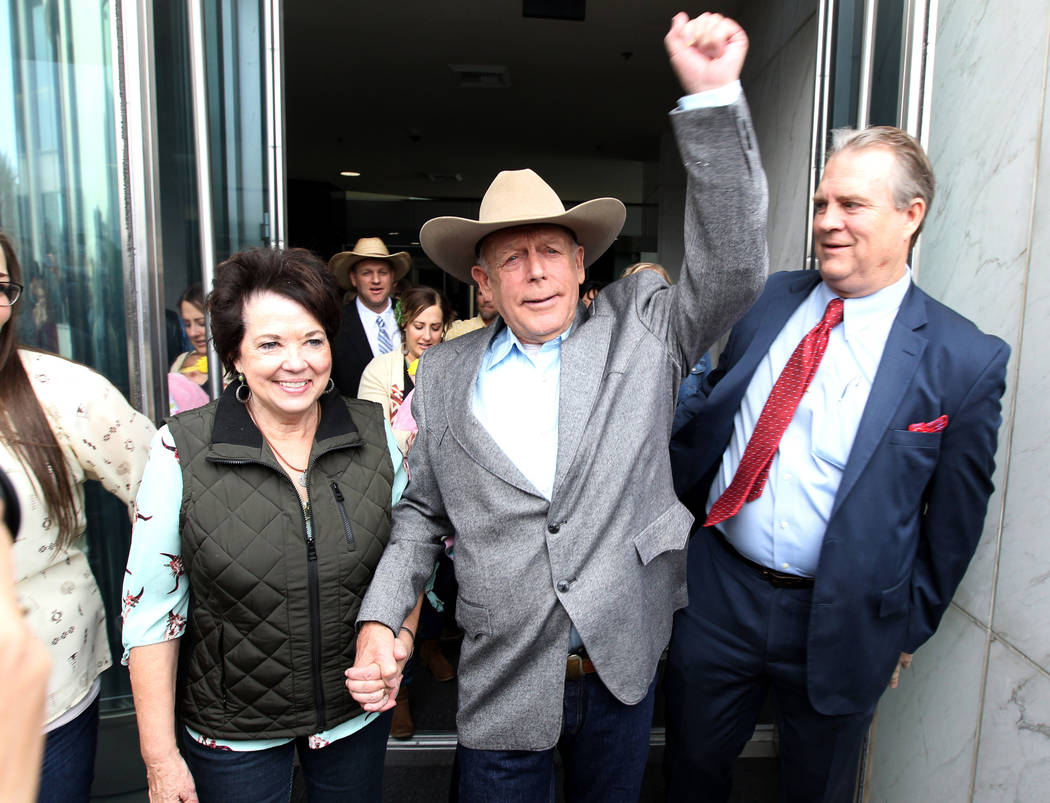 Federal prosecutor Steven Myhre, the architect of this spectacular failure, had no comment. And what could he say, particularly with the U.S. attorney general now apparently interested in reviewing the whole fiasco? You have the right to remain silent, as they say.

The case shines a bright light on the perils of the federal bureaucracy’s confrontational approach to those who live and work on or near the vast tracts of public land that constitute much of the rural West, particularly in Nevada.

The feds had the 71-year-old Mr. Bundy dead to rights for refusing to pay federal grazing fees for more than two decades in protest of various Bureau of Land Management edicts. But the guy was hardly John Gotti. Yet in 2014, determined to get their pound of flesh, government agents hatched a scheme to capture and impound Mr. Bundy’s cattle as payment for the $1 million assessed against him in fees and fines.

The plan blew sky high when protesters — many of them armed — descended on the area in support of the embattled rancher. The federal authorities eventually suspended the operation, and there was no violence.

In the aftermath, however, the government arrested 17 men, including Mr. Bundy, and unleashed a barrage of charges that could have put most of them behind bars for longer than many murderers and child molesters. Despite the fact that none of the defendants was likely a flight risk, most were denied bail.

The first trial featured six defendants and foreshadowed the government’s failure, ending mostly in not guilty verdicts and deadlocks. A retrial produced more of the same. Interviews with jurors revealed they weren’t buying the government’s arguments.

The canary may have suffocated in the coal mine, but that didn’t stop prosecutors from rappelling down the shaft. In September, they insisted on moving forward against four more defendants, including Mr. Bundy and his sons. Those proceedings had barely begun when Judge Navarro in December found that the government had willfully withheld potentially exculpatory evidence from the defense and declared a mistrial.

Her ruling on Monday puts an end to that prosecution.

The legitimacy of Mr. Bundy’s cause remains a matter of passionate debate. Yet there are reasons the Constitution guarantees vital rights to the accused in the face of the government’s almost unlimited resources. Judge Navarro made the right decision.

It appears the government’s thirst for vengeance in the Bundy case proved an intoxicating and corrupting influence. On Friday, Dayle Elieson took over as interim U.S. attorney for Nevada. Among her most pressing challenges will be to rebuild the office’s reputation.