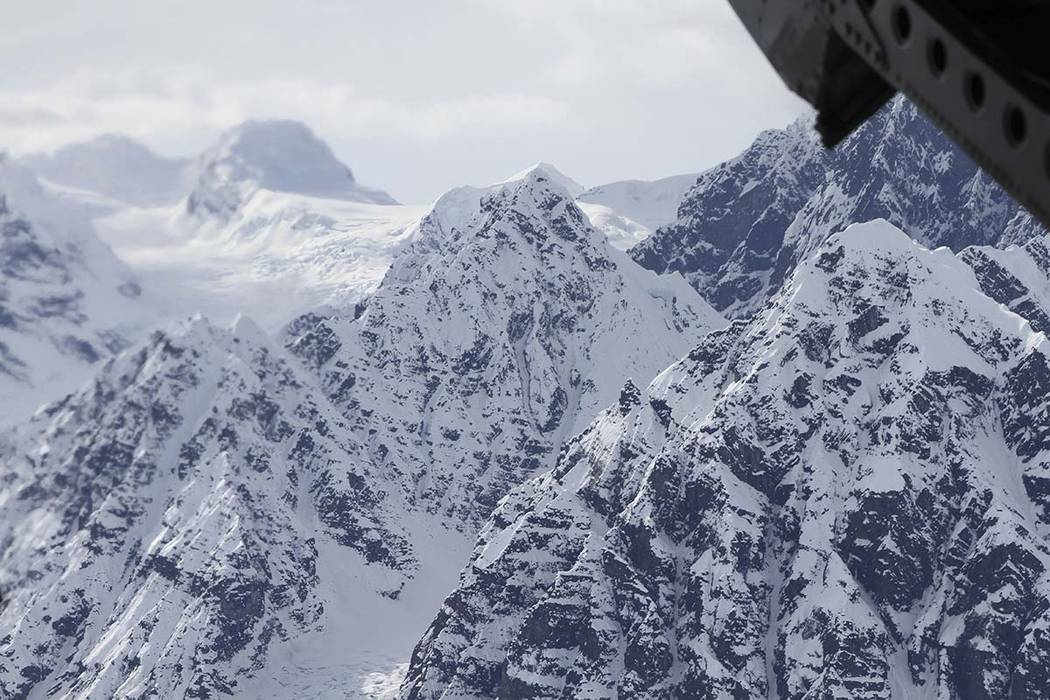 This April 24, 2016, file photo taken above the Kahiltna Glacier near Denali, shows peaks in the Alaska Range, as seen through the open cargo bay doors of a Chinook helicopter. Rangers rescued two climbers in unrelated incidents from Kahiltna Glacier in Denali National Park on Monday, June 5, 2017. (AP Photo/Mark Thiessen, File)

Environmental alarmists have a problem. Nature keeps ignoring their predictions.

The latest example comes from the National Park Service. For years, signs at Glacier National Park have informed visitors that the glaciers have a specific expiration date.

“The small alpine glaciers present today … are now rapidly shrinking due to human-caused climate change,” a sign read in 2018. “Computer models indicate the glaciers will all be gone by the year 2020.”

But they aren’t gone — far from it. There’s even evidence some glaciers have grown over the past decade.

So officials at Glacier National Park hold a press conference to celebrate the good news? Not hardly. Instead, they stealthily reworded their dire predictions.

“The small alpine glaciers present today … are rapidly shrinking due to human-accelerated climate change,” that same sign now reads. “When they will completely disappear, however, depends on how and when we act.”

This is, at least, a cagier claim. It asserts that humans are causing the glaciers to disappear, but it’s harder to falsify without an end date.

It’s similar to why alarmists switched their messaging from global warming to climate change. It’s not always getting warmer, but the climate is always changing. This gives them limitless opportunities to push their preferred solutions, which are various ways to cripple capitalism and the U.S. economy.

“The world is going to end in 12 years if we don’t address climate change,” progressive superstar Rep. Alexandria Ocasio-Cortez claimed early this year.

That belief was the driving force behind her Green New Deal proposal, which most Democrats running for president have supported — at least in concept. Her much-ridiculed plan sought to upgrade every building in America, eliminate cows, and expand high-speed rail to the point “where air travel stops becoming necessary.” Just look at how successful the train between Vegas and Victorville has been — oh wait.

Just like the National Park Service, AOC had to pull back on her prediction. Last month, she tweeted, “you’d have to have the social intelligence of a sea sponge” to believe she was being literal about the world ending in 12 years.

Lost in the doomsday rhetoric is what should be good news. The United States is leading the world in reducing total greenhouse gas emissions. Carbon emissions in the United States are down 14 percent since 2005, a reduction of 810 million tons a year. Total world emissions have increased, however, as countries such as China and India build coal power plants. Carbon emissions in India have more than doubled since 2005, an increase of 1,276 million tons annually.

If you care about climate change, getting the details right should matter. But, as exemplified by Glacier National Park, many prefer scare tactics unreflective of reality.