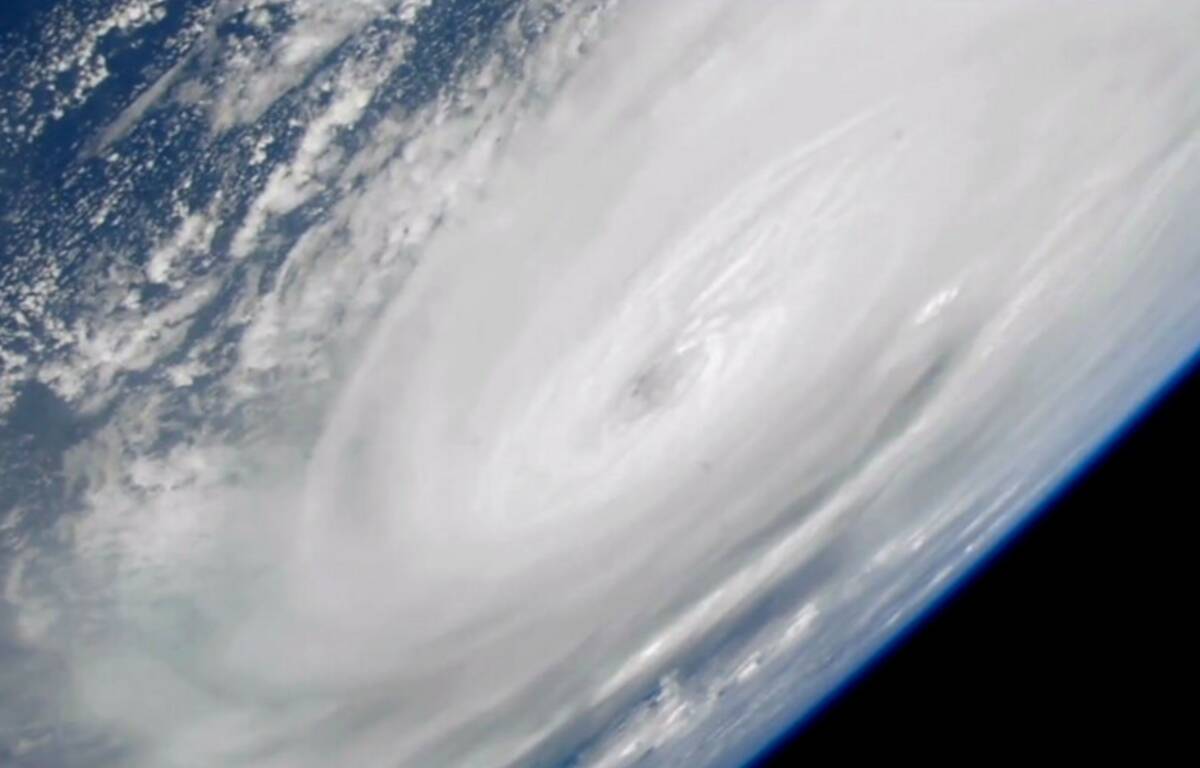 In this image made from a NASA livestream, Hurricane Ian is seen from the International Space Station on Wednesday, Sept. 28, 2022. (NASA via AP)

The people most concerned about global warming should be the most excited about geoengineering solutions. That they aren’t is telling.

On Wednesday, Hurricane Ian crashed into Florida causing immense amounts of damage. It wiped out an untold number of homes and left millions without electricity. It turned roads into rivers. Some areas looked as if they had been bombed. The storm and flooding left behind damage from which it will take years to recover. At least 125 people were killed, but President Joe Biden said it could end up as the “deadliest hurricane in Florida’s history.”

Leave aside the double standard. Climate alarmists would scoff at those who suggest that a string of colder temperatures disproves global warming. At the same time, however, they breathlessly hype every flood, tornado, hurricane, wildfire, heat wave, thunderstorm or cold spell to assert that humans are headed for extinction thanks to rising temperatures.

But if you believe global warming is a few short years away from inflicting a human catastrophe, lowering temperatures might be your top priority. That’s why environmentalists demand a shift from carbon-based fuels, regardless of the cost and lost economic opportunities, especially for those in poorer nations.

In fact, greens have been erecting obstacles to some scientific efforts to address climate change. Last year, scientists from Harvard wanted to release a bit of calcium carbonate or some sulfate particles into the atmosphere above Sweden. The experiment sought to gain information to determine if adding bright chemicals to the atmosphere could reflect more sunlight. That could cool the Earth. This is called stratospheric geoengineering.

But, “These plans were greeted with utter panic. Activist groups declared the ‘risks of catastrophic consequences’ were too great, and there were ‘no acceptable reasons’ for allowing the project to go forward,” reason.com reported.

The Swedish government nixed the experiment. This isn’t the first time something like this happened. British scientists embarked upon a similar experiment several years ago. They, too, had their efforts stifled by environmentalists.

It seems the biggest concern from greens is that these types of trials could actually work. That would undercut extremist rhetoric about human extinction and erode support for imposing the type of draconian central planning that environmental activists propose under the guise of fighting global warming.

The Intergovernmental Panel on Climate Change recently expressed “high confidence” that geoengineering efforts could counteract the impact of greenhouse gases. That should be cause for celebration. Instead, it panics global warming alarmists, which reveals their true priorities.