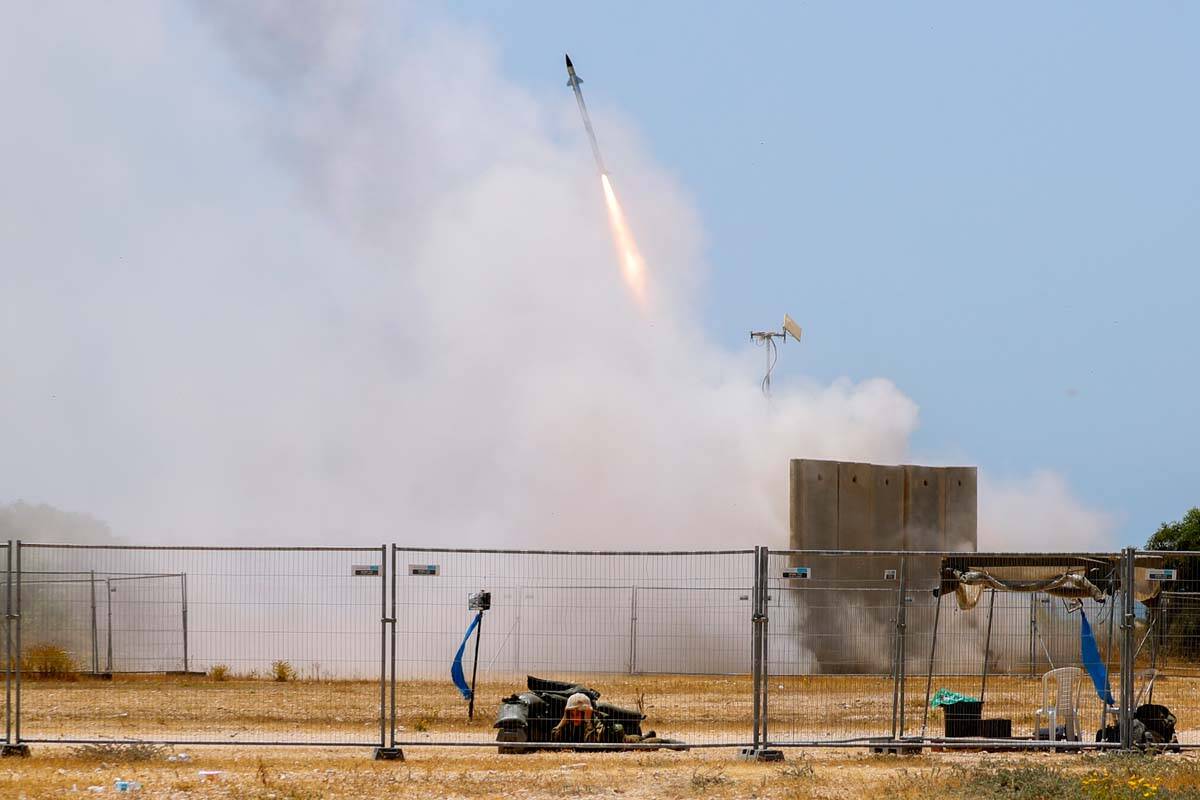 A Israeli soldier takes cover as an Iron Dome air defense system launches to intercept a rocket from the Gaza Strip, in Ashkelon, southern Israel, Tuesday, May 11, 2021. (AP Photo/Ariel Schalit)

The anti-Israel sentiment that’s been germinating for years in some progressive circles took a disturbing turn this week.

On Tuesday, House Democrats put forward a bill to keep the government funded into December and suspend the debt ceiling. Because Democrats have a majority and want trillions in more spending, it should have passed easily.

But it didn’t. Some members of the House’s progressive caucus objected to a provision supporting the “Iron Dome” in Israel. Israel uses Iron Dome technology to intercept rockets launched by terrorist groups such as Hamas.

The world saw the effectiveness of the Iron Dome in May. Palestinian terrorist groups launched more than 4,000 rockets at Israel. These rockets, aimed at civilian population centers, could have killed and injured thousands. The Iron Dome, however, knocked out and destroyed many of them. The death toll in Israel was around a dozen. An analysis from an Israeli research group estimated that misfired rockets from Gaza killed up to 91 Palestinians.

“A missile defense system (i.e. Iron Dome) defends civilians from missiles,” tweeted Rep. Ritchie Torres, D-N.Y. “Hence the name. Only in a morally inverted universe would this be considered a ‘controversy.’ ”

Unfortunately, that “morally inverted” mindset carries significant weight in the Democratic caucus. After progressives objected, House leaders stripped the funding out of the bill.

“There’s no reason for us to fund that right now, and members in our caucus have a problem with it, and so we don’t need it,” Rep. Pramila Jayapal, chair of the progressive caucus, told National Review.

What is problematic about giving our closest ally in the Middle East the ability to defend its citizens from terrorist rocket attacks? There doesn’t seem to be much of an answer to that question, aside from the disdain many progressives have shown toward Israel. If only those progressives showed as much hostility to allowing tens of billions of dollars of U.S. weapons to fall into the hands of the Taliban.

In the near term, the money for the Israeli defense system may well survive. House Majority Leader Steny Hoyer, D-Md., said he’d bring the funding up in a separate bill. That should pass with overwhelming bipartisan support.

But the long-term problem remains. A vocal and often younger segment on the Democratic Party’s far-left flank has made their opposition to supporting Israel clear, threatening America’s long history of bipartisan support for our staunchest ally in the Middle East. Democratic leaders need to root out the anti-Israel sentiment festering in certain segments of their caucus.