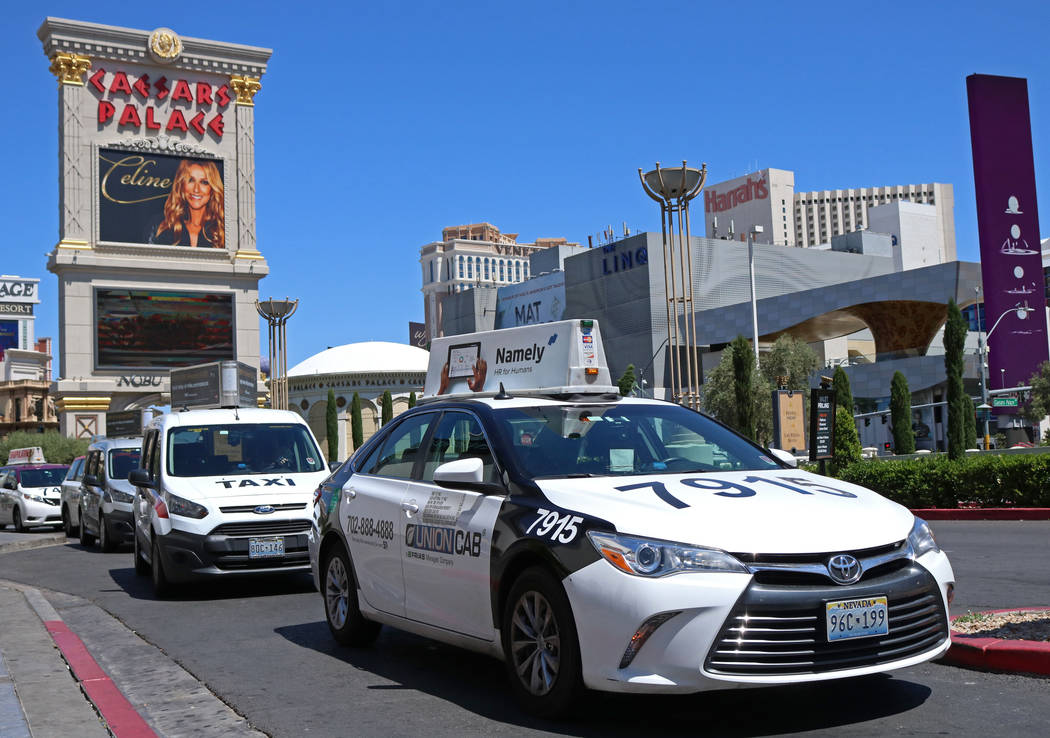 In their 2018 book “Bottleneckers: Gaming the Government for Power and Private Profit,” Chip Mellor and Dick Carpenter describe how powerful interests have become adept at influencing the levers of the state to kneecap potential competitors. A “bottlenecker,” by their definition, is a “person who advocates for the creation or perpetuation of government regulation … to restrict entry into his or her occupation, thereby accruing an economic advantage without providing a benefit to consumers.”

For years, cab companies in most jurisdictions — including Southern Nevada — have been among the most accomplished bottleneckers. But then came Uber, Lyft and other ride-hailing services to blow up their party.

The Review-Journal’s Mick Akers reports that the number of taxi rides in the Las Vegas area has fallen 37.5 percent since ride-hailing options became available in 2016. Cab company revenue is down 39 percent over the same period. The trend is similar at McCarran International Airport, where ride-hailing trips are now close to surpassing taxi rides.

The rapid rise of Uber and Lyft caught the taxi cartel by surprise. Before the entrenched cab interests could mobilize to call in their political chits, Uber and others had developed an avid customer base that made them more difficult for the traditional players to eliminate.

But the Las Vegas taxi bosses have yet to abandon bottlenecking.

Mr. Akers reports that “discussions are being held” by the taxi trust “to decide the best course of action this legislative session.” In other words, the industry would prefer to gain “an economic advantage” by manipulating the administrative state and legislators instead of competing in the marketplace.

That’s not how taxi officials put it, of course. They argue the current system puts them at a disadvantage. “It’s clearly not a level playing field — it’s been well documented that we’ve been fighting the last two legislative sessions to try and make it a level playing field,” said Brent Bell, CEO of Whittlesea-Bell Transportation. “But that hasn’t happened. There’s a few things that we’re working on, but not that I can comment on at this time.”

It doesn’t take Kreskin to predict the agenda. The taxi companies will lobby to shackle the ride-hailing services and their drivers with as many new restrictions as possible — all in the name of public safety and “fairness,” you see.

We’ve said it before: If the Las Vegas taxi bosses truly sought to compete on a “level playing field,” they’d be advocating that lawmakers free them from the once-comfortable regulatory cocoon that today limits their ability to innovate and respond to changing market conditions. That they instead continue to prefer rent-seeking and cronyism screams loud and clear that they’re more invested in bottlenecking than in offering a product that might stem the flight of customers.