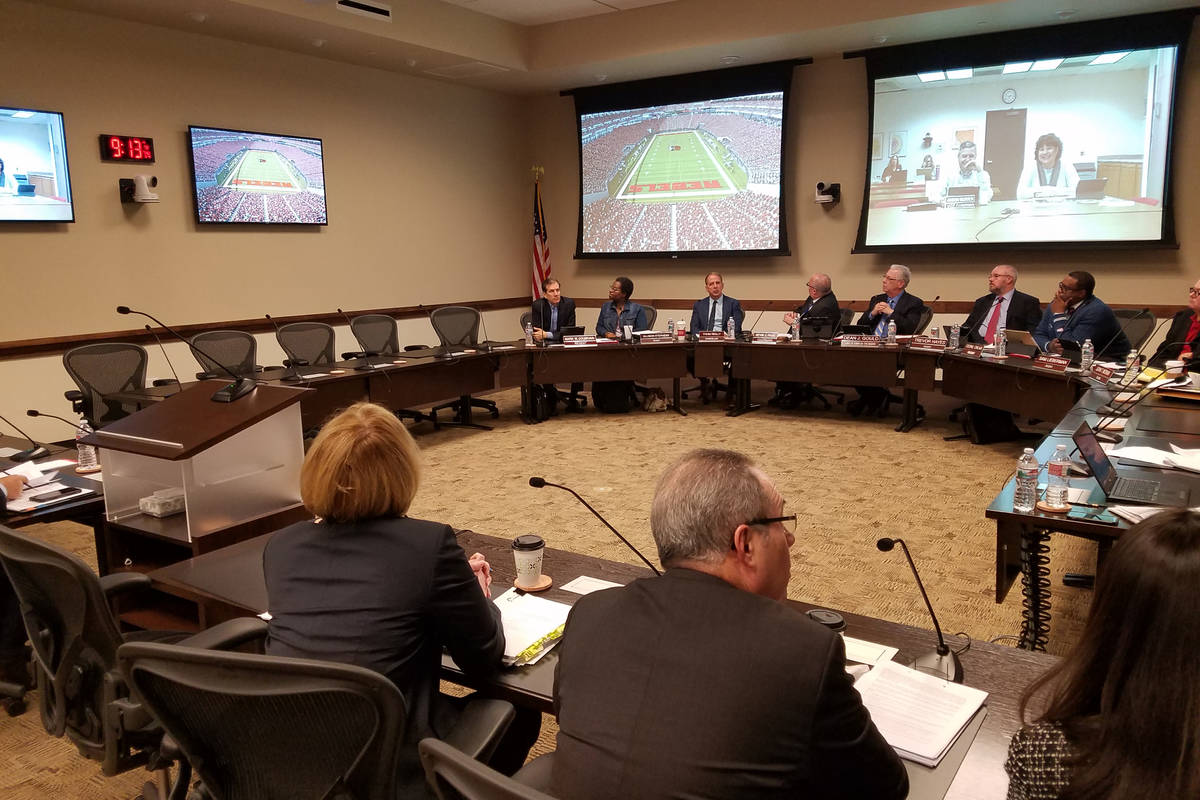 It was less than six months ago that voters narrowly turned aside Question 1, an effort to drop language regarding the Board of Regents from the Nevada Constitution in favor of allowing lawmakers to create the governing structure for the state university system. The push was borne out of frequent controversies between lawmakers and elected regents over both policy and legislative oversight.

When the ballots were tallied, the proposal failed by fewer than 4,000 votes out of more than 1.25 million cast.

Regardless of where one stands on the issue — we supported the initiative because the regents for too long had used their constitutional status to claim special dispensation as the “fourth branch of government” — Nevada voters who opposed the measure turned out in enough numbers to carry the day. That’s how democracy works.

Yet on Tuesday the state Senate unanimously passed SJR7 — introduded by Marilyn Dondero Loop, D-Las Vegas, and Tom Roberts, R-Las Vegas — which is essentially a carbon copy of Question 1. If the Assembly concurs, the constitutional amendment process will proceed apace once again, and voters would face the regent question a second time, on the 2024 ballot.

The results of the 2020 election matter not one whit to lawmakers and others who would so cavalierly overturn the will of the electorate.

Yes, the balloting was exceedingly close. But that’s no reason to ignore that Question 1 failed. In fact, the results reveal that there is no clear consensus on the issue among state residents. It is thus the height of arrogance for lawmakers to rush forward so quickly to disregard the wishes of those who prevailed in November.

In fact, many proponents of Question 1 are still chapped that they failed to carry the day after spending nearly $1 million to push the referendum against minimal opposition. But lose they did. And if 2020 can teach us anything, it’s that accepting defeat is an integral part of maintaining a healthy democratic republic.

Some supporters of the constitutional change justify the Legislature’s reaction by insisting that the ballot question was too intricate for voters to comprehend. That’s the ticket: All those toe-wiggling simpleton yokels out there are wholly incapable of wading through big three-syllable words about the system of higher education and reaching their own conclusions.

In fact, that attitude is far more prevalent than most elected officials will ever publicly admit. And SJR7 proves it in flashing neon lights.