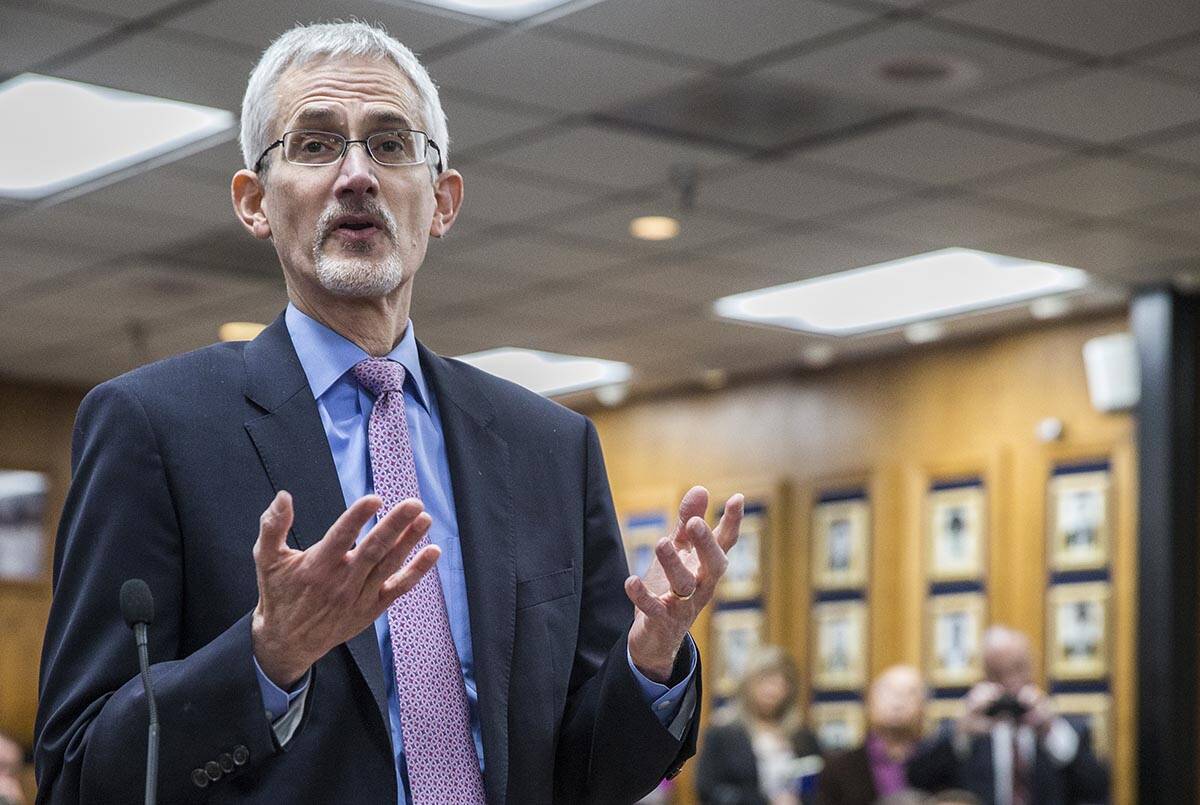 Rory Reid addresses the Clark County School Board on Thursday, Jan. 26, 2017, at the Edward Greer Education Center, in Las Vegas. The focus of the discussion was a resolution to ensure all schools in Clark County continue to enforce current laws keeping the immigration status of it's students private from government agencies. (Benjamin Hager/Las Vegas Review-Journal) @benjaminhphoto

In too many Nevada schools, children aren’t safe, aren’t learning and may not even have a full-time teacher. Now a group is suing — to keep them from finding a better alternative.

On Tuesday, the Rogers Foundation announced legal challenges against two school choice initiatives. This is a common tactic to delay signature gathering. One proposal is for a constitutional amendment that would establish school choice for parents through the creation of education freedom accounts. Instead of sending their children to public school, parents could use those accounts to pay for private school or home-schooling.

The other proposal is an initiative petition that lays out specifics for that program. It is modeled after the education savings account program that passed in 2015 but never went into effect. The Nevada Supreme Court ruled its funding mechanism to be unconstitutional. Democrats later repealed it entirely. If backers gather enough signatures, voters would need to approve the constitutional amendment twice. The statutory initiative probably would go on the ballot in 2024.

That Nevada students need alternatives to the status quo is readily apparent. The Review-Journal has spent decades detailing the state of the Clark County School District. It’s hard to remember a time when things have been more depressing.

Well-off parents already have an escape. They can afford private school tuition or move to a neighborhood where these problems aren’t as prevalent. Low-income kids are usually stuck.

The Rogers Foundation wants to keep them there, cementing many of them into the cycle of poverty that a good education can break.

“A handful of special interest groups have organized an assault on public education, and now Nevada is one of the battlegrounds,” said Rory Reid, CEO of the Rogers Foundation.

Proponents of that line of thinking need to open their eyes to reality. No outside assault could destroy public schools as effectively as the educational bureaucracy and teachers unions already have. Ironically, well-designed school choice programs have led to better public schools around the country. When students have choices, it forces the adults to improve the system.

Nevada’s children need alternatives now. Groups like the Rogers Foundation should be trying to help them, not standing in their way.