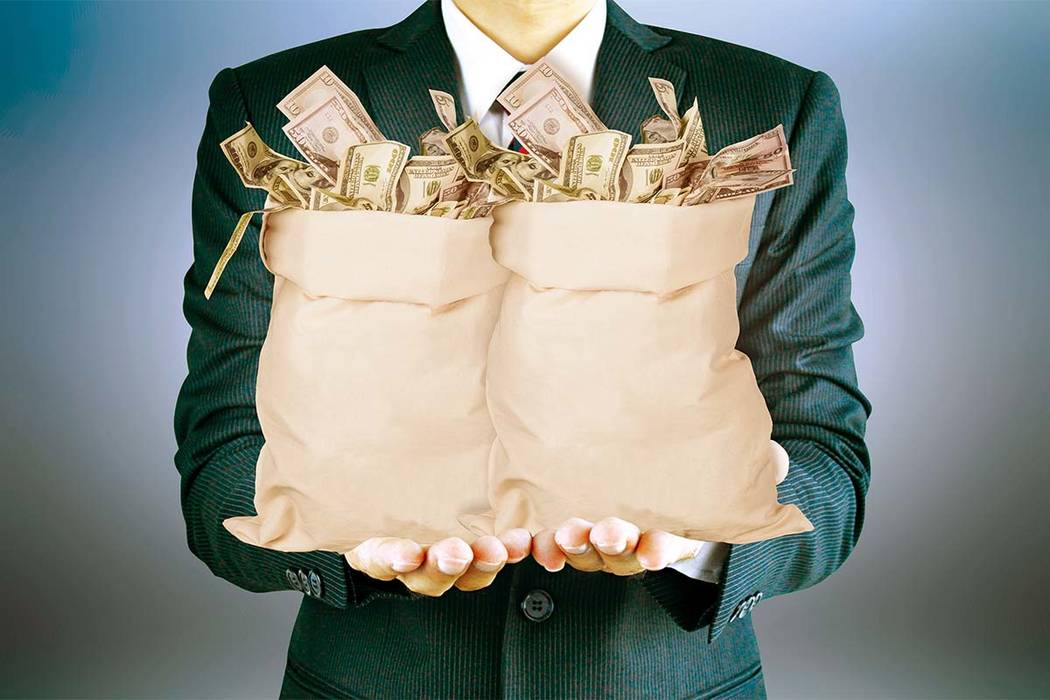 If there’s one issue that unifies Democrats, it’s the desire to impose higher taxes to sate an ever-growing federal leviathan.

Taxes, of course, have played a major role in the race for the party’s 2020 presidential nomination. The various candidates propose a host of new giveaways that would require the creation of massive new bureaucracies and healthier “revenue streams” supported by the “rich” and middle class.

This enthusiasm for other people’s money infects local Democratic activists, too.

Last month, the Clark County Education Association, which has endorsed socialist Bernie Sanders in Saturday’s Democratic presidential caucuses, announced plans to qualify two initiatives for the 2022 ballot intended to raise $1.1 billion for public education. The first proposal would increase the gaming tax on large casinos; the second would jack Clark County’s sales tax to nearly 10 percent, making it one of the highest in the country.

If the union gathers the requisite signatures by November, the matter would go to the Legislature in 2021. If lawmakers punt, voters will decide the issue the following year.

And just as the spending plans put forth by many of the Democratic hopefuls would require higher levies on those of modest means, the union’s proposal would hit Clark County’s less fortunate residents hard, particularly when it comes to the regressive sales tax.

As expected, the gaming industry (full disclosure: the family of Las Vegas Sands Corp. chairman Sheldon Adelson owns the Review-Journal) and the Las Vegas Chamber have announced their opposition to the union gambit. And last week, another influential group weighed in.

“Taken together, these proposals represent an annual increase of 28 percent to the $4.5 billion in general fund revenue forecast for the 2020 fiscal year,” the Nevada Taxpayers Association noted. “It is the view of the NTA that a tax increase of this size, without the appropriate performance benchmarks, does not serve the best interests of our state.”

Particularly notable is the association’s reference to “appropriate performance benchmarks.” Indeed, the teachers union demands that Nevada taxpayers hand over their wallets without any concern for whether this enormous influx of revenue for the public schools leads to improvement in the state’s dismal academic rankings. To make matters worse, legislative Democrats have spent the past five years reversing accountability measures that were tied to the $1.3 billion tax package lawmakers passed in 2015 to boost education funding.

Voters should be highly skeptical that Democratic candidates can hand out their goody bags without imposing large tax hikes on the middle class. Nevadans should likewise resist the idea of rewarding the state education establishment with billions in new funding absent safeguards designed to boost achievement levels.