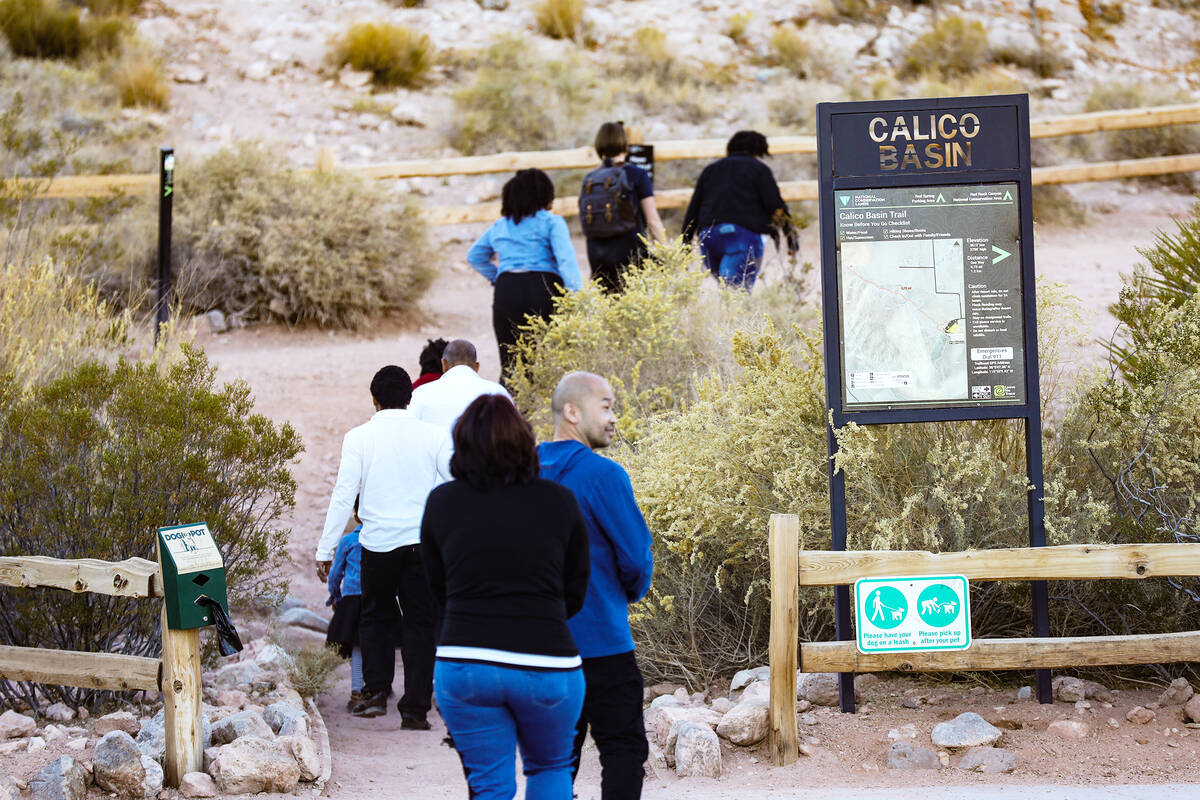 Soaring visitation at national parks and other federally protected areas has left officials struggling to balance the preservation of landscapes with ensuring public access. The controversy now rages at Calico Basin, on the eastern edge of the Red Rock National Conservation Area west of Las Vegas.

Between 2000 and 2019, visitation at national parks increased by nearly 41 million people. “In many of the nation’s most popular parks — places like Great Smoky Mountains National Park, the Grand Canyon, Zion and Yosemite — congested roadways, parking lots and trails are just one indicator of the growing problems precipitated by skyrocketing attendance,” Alexandra Vollman wrote for Modern Conservationist.

Calico Basin, which accommodates climbers, hikers and other outdoor enthusiasts, has suffered a similar fate. The BLM reports that yearly visitation numbers are up four-fold from 2003. The agency now proposes to enact a $20 entry fee and to investigate the use of a reservation system similar to the one now in place for Red Rock. A BLM official defended the proposal during a virtual hearing last month, insisting that “we’re not putting in a system that restricts access.”

That’s nonsense, of course. What would be the point otherwise if not to thin the crowds by financially discouraging potential visitors? No matter how you spin it, any effective proposal intended to reduce attendance will, by definition, make the area less accessible, which brings its own set of controversies.

BLM officials maintain that 100 percent of any new fees collected would be recycled into maintenance and controlling congestion through tactics such as increased patrols. That’s fine as far as it goes. But has the BLM considered a cooperative venture with state and local officials?

Nevada and Clark County are rolling in fiscal stimulus money thanks to the generosity of congressional Democrats and the White House. Perhaps state and local officials could divert a small portion of that windfall to improvements in the Calico Basin area intended to alleviate congestion and the environmental damage it may cause. These could include electric signage that alerts potential visitors to overcrowding during peak visitation periods, adding parking space to minimize illegal parking and improved outreach intended to discourage environmental degradation.

There’s nothing inherently wrong with imposing user fees on those who seek to avail themselves of certain recreational opportunities. Virtually every national park charges vehicle fees as a means of offsetting costs. But concerns about burdening lower-income visitors hoping to enjoy public lands are legitimate and should be addressed in any such proposal for Calico Basin.