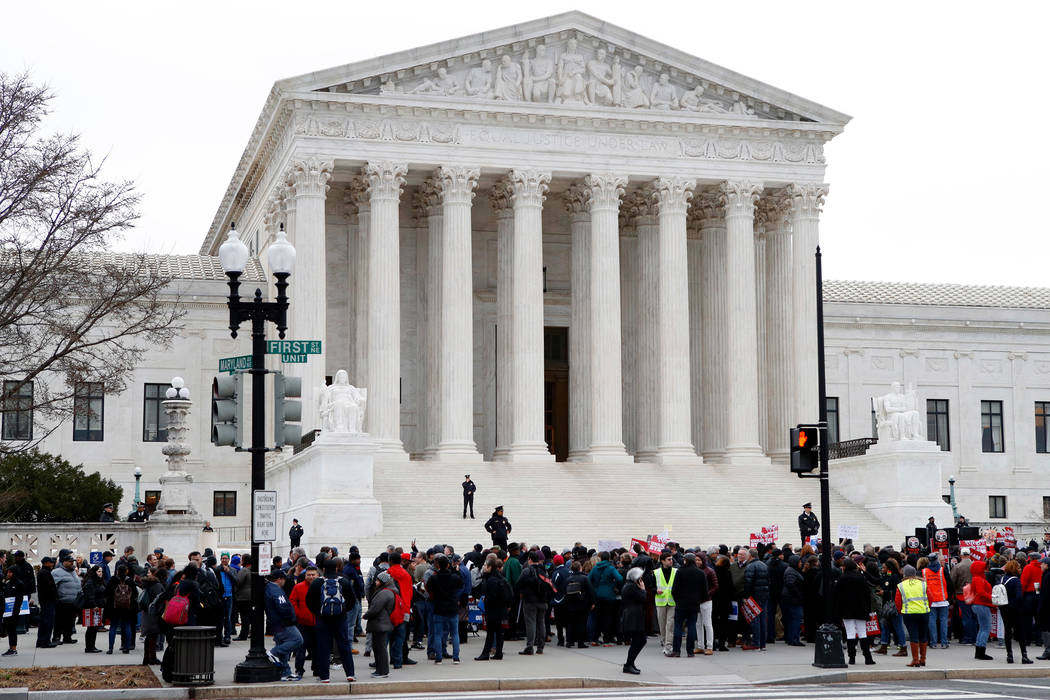 Two years ago, the U.S. Supreme Court ruled that government workers may not be mandated to pay union dues as a condition of employment. The ruling was a victory for free speech and free association.

Now, in a lawsuit out of Maine, the justices have another opportunity to rein in the power of labor organizations to force workers to accept their representation. The case could have major ramifications for many states, including Nevada.

The legal action — brought by Jonathan Reisman, an associate professor of economics in the University of Maine system — involves the common practice of governments granting public-sector unions exclusive workplace bargaining rights. Mr. Reisman argues that this runs afoul of the Constitution because it prevents him and other like-minded individuals from speaking for themselves in contract negotiations and forces him to associate with an organization that acts contrary to his beliefs.

“If the state cannot compel public employees to financially support union advocacy … how can states require these same public employees to accept representation from unions that many of them have chosen not to join?” an attorney for Mr. Reisman asked.

Mr. Reisman, according to news accounts, was formerly a union officer, but came to object to many of the policy positions for which his labor group advocated. A federal appeals court rejected his arguments, but the Supreme Court is now considering whether to accept the case.

“Exclusive representation simply can’t be justified by any state interest, let alone a compelling one, that would validate the serious impingements it imposes on dissenting nonmembers associational rights,” they argue. “Put plainly there is no labor law exception to the First Amendment, and labor laws that violate constitutional principles must be held to heightened judicial scrutiny.”

Indeed, union complaints about “free riders” — nonmembers who don’t pay dues yet nevertheless enjoy the wages and protections negotiated during union contract talks — are legitimate only because of exclusive representation powers that many states have granted public-sector labor groups. There are no “free riders” if independent workers are able to represent themselves as they see fit.