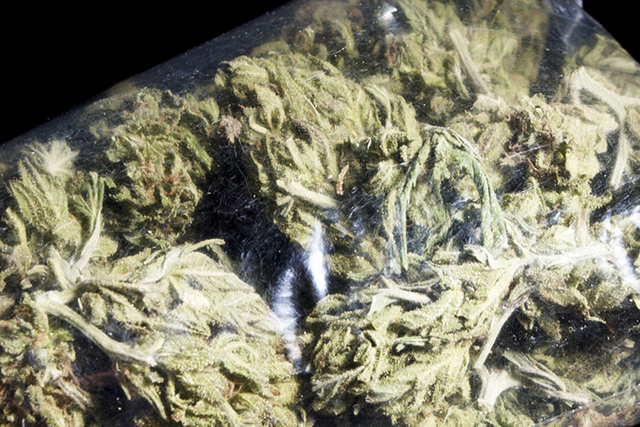 At the same time Nevadans will help elect a president, they will also determine whether to legalize recreational marijuana

And while it may seem like a no-brainer in a free-wheeling state known for legalized gambling and a lax approach to prostitution, recreational weed comes with health, safety and social costs that make legalizing marijuana a dangerous proposal for Nevadans.

State ballot Question 2 in the November election would make it legal for people 21 and over to possess up to an ounce of marijuana for recreational use. A 15 percent tax would be applied to legal pot sales and revenues generated would be earmarked for education.

But that small bump in state tax revenues would come at an extremely high cost.

Legalizing weed would jeopardize the health of countless Nevadans, expose more people to drug abuse and addiction, put excessive stress on the state’s health-care facilities and do little to relieve the state’s bloated prison population.

The pro-pot lobby hails marijuana as relatively harmless. But that’s misleading, at best.

And no matter how much pot enthusiasts argue otherwise, marijuana is both addictive — one in 10 people who try pot will become hooked on it — and a gateway to more deadly drugs that kill more than 45,000 Americans a year.

Weed advocates claim marijuana legalization is working well in states that have already adopted pro-pot policies. Many people in those states, however, tell another story.

In Colorado, where marijuana business licenses now outnumber McDonald’s and Starbucks combined, legalization was supposed to bring in $40 million annually for schools. Those estimates, though, aren’t panning out. Tax collectors are bringing in only about half that amount.

Marijuana legalization has also put a strain on Colorado’s health-care facilities. A New England Journal of Medicine study found that marijuana-related emergency room visits by out-of-state visitors doubled in Colorado after the state legalized the drug.

If marijuana tourists are wreaking havoc on hospitals and health clinics in Colorado, imagine the potential problems in Nevada where millions of people go every year to engage in behavior they can’t get away with in their home towns.

Backers of Question 2 argue that legalizing weed will help reduce Nevada’s prison population. But that argument falls flat, as well. Only about 0.7 percent of all state inmates are behind bars for simple marijuana possession, according to the Bureau of Justice Statistics. In Nevada, that means the state’s prison population 0f 12,400 would decrease by roughly 90 inmates.

In 2000, Nevadans approved doctor-prescribed cannabis use for those suffering from multiple sclerosis, glaucoma, epilepsy, certain types of cancer, persistent nausea and other illnesses — and state laws protecting medical marijuana will remain in place regardless of the outcome of Question 2.

Expanding legal access to pot, however, would be a bad move for the Silver State. Voters should “just say no” to legalizing recreational marijuana on Election Day.