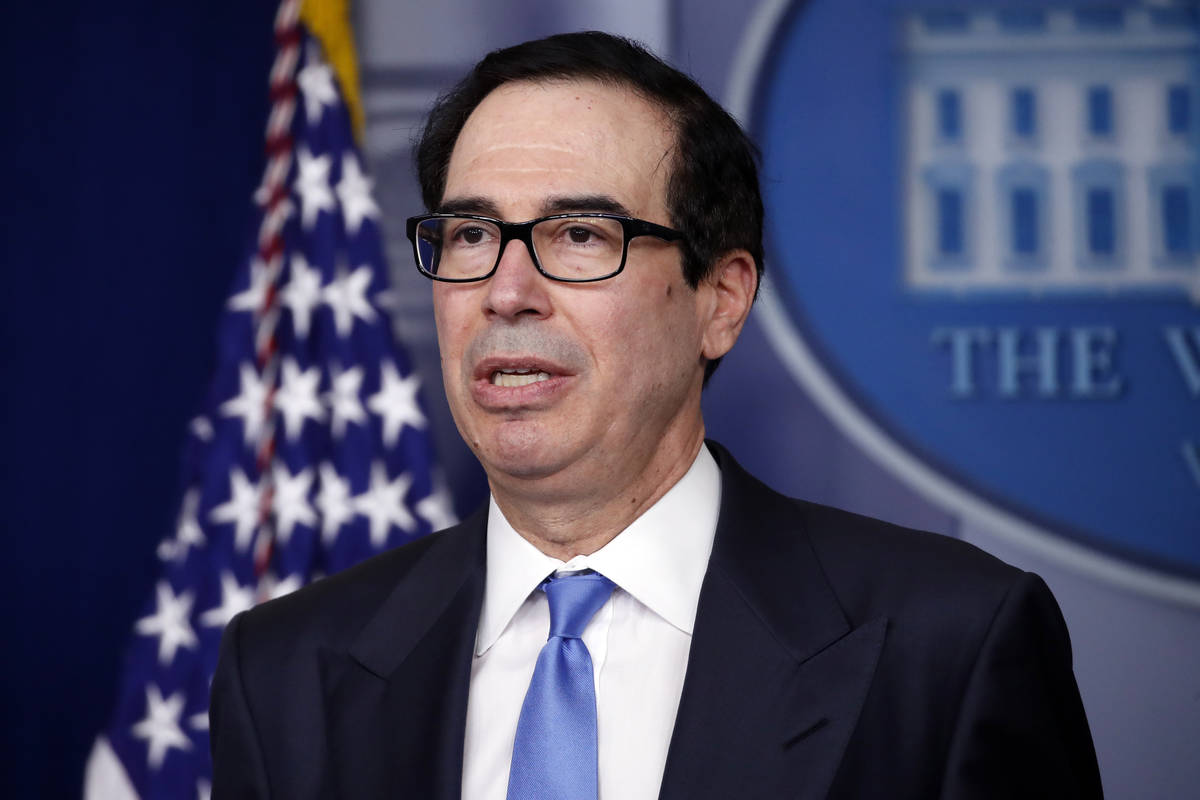 The federal government has doled out $500 billion in taxpayer-funded relief to small businesses under the Paycheck Protection Program, passed by Congress in March to help recipients weather the coronavirus lockdown. But now the Trump administration is working to keep those very same taxpayers in the dark about how the money has been distributed.

Last week, Treasury Secretary Steve Mnuchin told a Senate Committee that the names of borrowers — who in many cases won’t have to pay the money back — and the loan amounts are “proprietary” information that will remain “confidential.”

This is a misguided attack on accountability that must not survive judicial scrutiny.

“The decision to hide the information is actually just a blatant attempt to dodge standard requirements for transparency and accountability,” Danielle Brian, executive director of the nonpartisan Project on Government Oversight, said in a statement. “There’s no good reason to keep this information private.”

Indeed, the more than 4.5 million small firms that received the help should have been under no illusion that they could accept the money anonymously. USA Today reports that the PPP loan application includes a clause stating that, under the Freedom of Information Act, the Small Business Administration “must supply information reflected in agency files and records to a person requesting it.” The SBA had acknowledged in April that such information would be available to the public “in the near future.”

A Treasury spokesman said that, because the loan amounts were based on payroll information, the policy was intended to prevent competitors from gaining access to salary data on sole proprietors and independent contractors. But there should be no expectation from any recipient that a taxpayer relief check can be deposited without any accountability safeguards for those who provided it. Sole proprietors who balk at transparency should have turned down the money.

Politicians in both parties hail the Paycheck Protection Program as having prevented an even greater economic meltdown during the pandemic by keeping workers on the payroll during the mass business closures. But how are taxpayers or government watchdogs supposed to evaluate the actual effectiveness of the loans if the details are unavailable for inspection?

“Keeping loan recipients secret,” Eric Boehm of Reason magazine notes, “also means it is impossible for the GOA and independent watchdogs to assess how funds were disbursed and which businesses were given priority.”

Several news organizations have filed suit against the SBA for refusing to release the PPP information. The Trump administration should avoid a futile legal battle and relent. If not, the courts should waste little time and quickly stand up for transparency and the U.S. taxpayer.