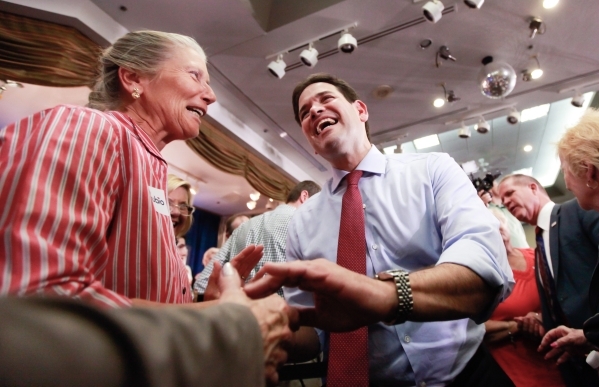 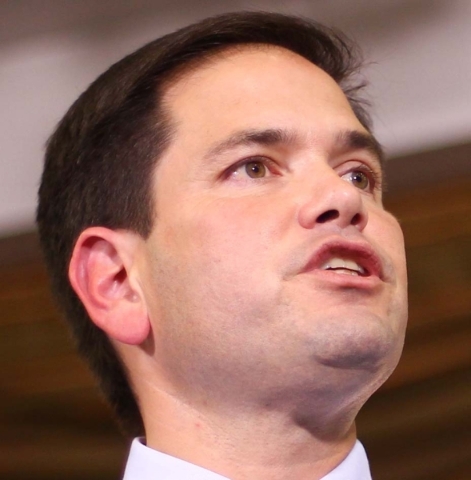 With Iowa’s caucuses in the rearview mirror and New Hampshire’s primaries just ahead, we are reminded that the 2016 presidential race — the real race — finally is underway. After many months of considering candidates’ positions, backgrounds and performances in nationally televised debates, voters are making their preferences official. The party nomination process has begun, and some campaigns that survived Iowa won’t make it to March.

Over the past few months, the Review-Journal editorial board has met with several candidates from the sizable Republican field, allowing them to distinguish their campaigns, and allowing us to try to help Nevadans determine who is best qualified to advance to the general election. All of the candidates we met — Florida Sen. Marco Rubio, Dr. Ben Carson, Texas Sen. Ted Cruz, former Florida Gov. Jeb Bush and businesswoman Carly Fiorina — presented outstanding ideas that speak to the issues and challenges most important to Nevadans.

When we began this process, we made it clear to candidates that they had to meet with us to gain consideration for our endorsement. We made many attempts to meet with businessman and Republican front-runner Donald Trump, but he could not work an interview into his schedule.

After much consideration, the Review-Journal is endorsing Sen. Marco Rubio for Nevada’s first-in-the-West Republican caucus on Feb. 23. The RJ met with Sen. Rubio on Oct. 9, two months before the announcement of the newspaper’s sale to the family of Las Vegas Sands Chairman and CEO Sheldon Adelson. The Adelsons have detached themselves from our endorsement process, and our endorsement of Sen. Rubio does not represent the support of the family.

Our reasons for endorsing Sen. Rubio are many. Notably, the Florida senator has deep personal connections to the state. He lived in the Las Vegas Valley from age 8 to age 14, the son of immigrants employed by the hotel industry. The driving force behind the 44-year-old’s compelling story is his family’s pursuit of better opportunities and a better life. The policies he champions in his campaign are intended to provide all Americans as much.

Those policies include issues of key concern for Nevadans. For example, Sen. Rubio agrees that the federal government owns too much land within Nevada’s borders — more than 80 percent — and doesn’t actively and appropriately manage that land. He believes the lack of privately owned land in Nevada and across the West greatly limits economic opportunity, and he supports transferring some federal land to private ownership. “There’s no need for Washington to hold that much land,” he told us.

Sen. Rubio also recognizes that entitlement reform is a must if Medicare and Social Security are to avoid insolvency. “If we deal with them now, we don’t have to change them for current beneficiaries,” he said. And on economic policy, Sen. Rubio understands that everything a presidential administration does influences the economy. Tax reform and simplification (for both corporations and individuals) are just one part of his pro-growth agenda, which includes dialing back burdensome federal regulations, an energy policy that allows America to lead the world in oil and gas production, and a health care policy to replace Obamacare and give Americans the ability to tailor health insurance plans to their needs.

Electability is also in Sen. Rubio’s favor. Mr. Trump and Sen. Cruz, the leading GOP candidates at this point, have liabilities in November, when everyone has the chance to vote. Sen. Rubio has the ideas and the charisma to bring independents and moderates under the GOP tent.

Recall the 2010 election, when he was voted into the Senate. The Republican establishment put all its weight behind Florida Gov. Charlie Crist, with the upstart Mr. Rubio considered a long shot at best, trailing by nearly 30 points early on. When Mr. Rubio — the former speaker of the Florida House of Representatives — surged in the polls, Gov. Crist dropped out of the Republican primary to run as an independent and assure himself a spot in the general election. It hardly mattered, as Mr. Rubio whipped Gov. Crist by nearly 20 points in a three-person race.

Sen. Rubio is a limited-government conservative, as proved by his 94 percent conservative rating from Heritage Action — bested by only five Republicans in the entire Congress. He is not a go-along-to-get-along RINO (Republican in Name Only), as many have declared. If you want your next president to be an outsider, Sen. Rubio is part of the discussion.

The other Republican candidates we interviewed brought bold ideas to the table. Sen. Cruz is excellent on tax reform and border control. Gov. Bush’s ideas for civil service reform and a balanced budget stand out. Dr. Carson has worthy stances on a training wage to address this country’s youth unemployment crisis and, of course, on health care reform. And Mrs. Fiorina is an absolute firebrand on transparency in government and the need to fix just about everything in Washington.

But at this moment, Sen. Rubio is best-positioned to advance from the primary season and allow the GOP to win the White House on Nov. 8. Nevada Republicans should plan to caucus Feb. 23 and pledge their support to Florida Sen. Marco Rubio.