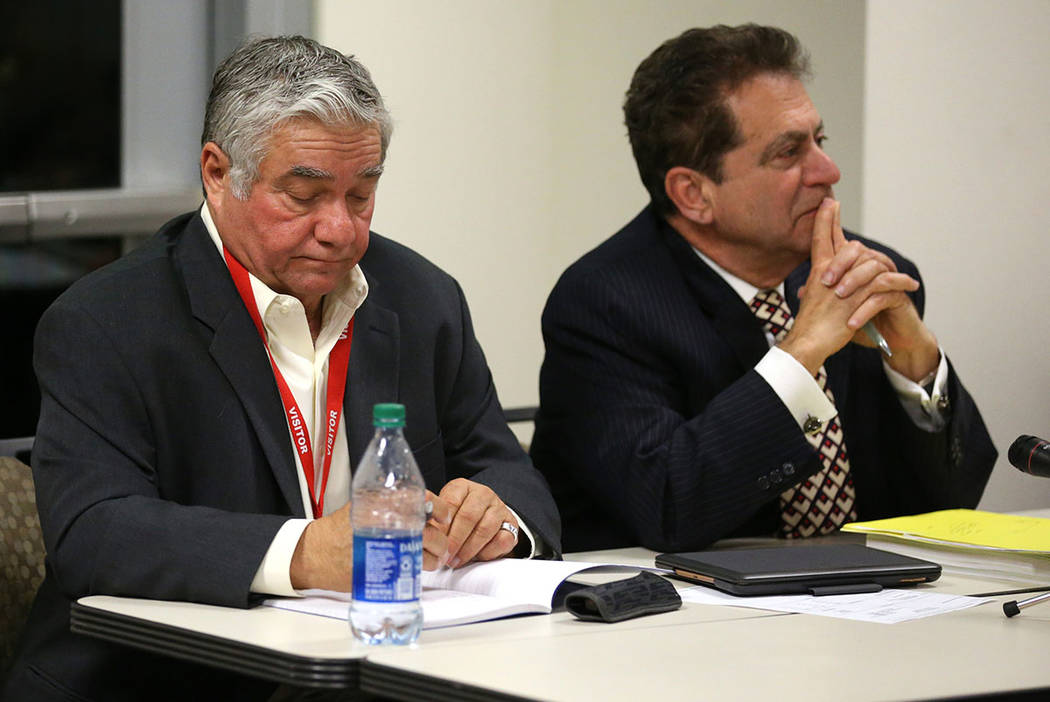 Those who enforce the law must be accountable to the law. That’s why it was appropriate for Nevada’s police certification board to revoke former Henderson Constable Earl Mitchell’s police powers earlier this month.

In 2018, the Review-Journal’s Art Kane released the results of an investigation into the longtime constable. Mr. Kane found that Mitchell wrote himself more than $70,000 in checks in the two prior years. He also took out $9,000 in cash from two government bank accounts. Mr. Kane also found that he used a government debit card to travel to locations where his children lived and pay bar tabs. Overall, the evidence showed that Mitchell requested $151,000 for deputy pay that wasn’t used to pay deputies.

Mitchell couldn’t cite poverty as a defense. His combined pension and salary were $180,000 a year. Before this investigation, Mitchell had been planning to seek his seventh term as constable. Hours before the story came out, he dropped out of the race.

Stealing tens of thousands of dollars will usually get you a jail term. Clark County prosecutors originally charged Mitchell with four counts of felony theft. That’s what most people could expect, but District Attorney Steve Wolfson intervened. Mr. Wolfson allowed Mitchell to plead no contest to a gross misdemeanor if he repaid the money he took. He didn’t have to go to jail or even admit guilt.

If Mitchell had been convicted of a felony, he would have automatically lost his police powers. The fate of those convicted of gross misdemeanors, however, is up to the Peace Officer Standards and Training Commission. That group considered his case last week. Marc Risman, Mitchell’s lawyer, said his client’s infractions didn’t call for “the professional death penalty.”

Michael Jensen of the Nevada attorney general’s office urged the board to strip Mitchell of his police powers. He noted that other officers had lost their ability to serve on the force after misusing government credit cards in amounts totaling just hundreds of dollars. Mitchell had to pay back tens of thousands of dollars.

“He has disqualified himself from acting (as) a peace officer in the future,” Mr. Jensen argued.

Even a witness for the defense ended up acknowledging the seriousness of Mitchell’s crimes. Former Henderson police Lt. Ronald Averett testified to the quality of the former constable’s work. Under questioning, however, he acknowledged that being convicted of fraud is a no-go for someone hoping to exercise police powers.

In the end, the police officers on the board got this one right and unanimously revoked Mitchell’s professional certification. That’s an obvious step to take after a law enforcement officer steals more than $80,000 from taxpayers.

“People have to trust … when there’s a problem and we show up, everything is fine,” Boulder City Police Chief Tim Shea said. “When bad thing happens with those with badges, it takes a little away from all of us.”

This action was especially crucial because in August, Mitchell worked as a police officer at the Burning Man festival in Northern Nevada. Pershing County Sheriff Jerry Allen said he found out about Mitchell’s history only after the event and was “highly upset.”

This story is a reminder of the importance of investigative journalism, particularly to local communities. Uncovering fraud such as this doesn’t just happen by osmosis. It requires the hard work of investigative journalists who have the ability and resources to identify government malfeasance so that members of the public may hold them accountable. This is just one of the many corruption stories that the Review-Journal’s investigative team has brought to the public’s attention over the past few years.

The only problem is that Mitchell can seek reinstatement of his police powers in five years. If he does, those who hold his fate in their hands should remember how this constable broke the public trust.