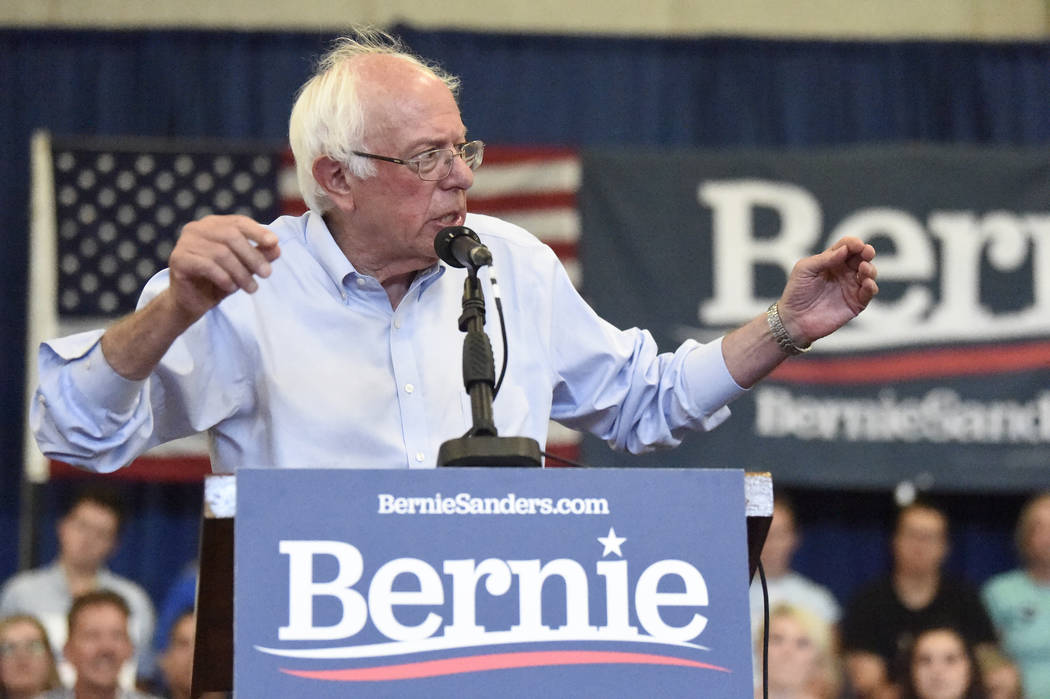 Bernie Sanders’ vote-buying freebie proposals demonstrate his failure to grasp even rudimentary mathematics, but when it comes to the numbers necessary to attain the Democratic presidential nomination, the Vermont socialist makes the honor roll.

The senator’s workers-of-the-world-unite roadshow packed up its tents in Nevada this weekend after bulldozing the Democratic field in the state caucuses on Saturday. The Bern more than doubled up his nearest contender, capturing 47 percent of Nevada’s delegates. Joe Biden limped home in second with 21 percent and claimed unconvincingly that this gives him momentum. The remaining candidates — including Pete Buttigieg (14 percent) and Sen. Elizabeth Warren (10 percent) — were roadkill.

After three states — Iowa, New Hampshire and Nevada — Democrats have awarded only 100 delegates, but the trend is clear. As long as the less successful candidates remain and continue to split the sensible Democratic vote, Sen. Sanders has a huge advantage. He has so far won almost half the available delegates and has positioned himself for success on Super Tuesday, when one-third of the delegates necessary to achieve the magic number of 1,991 will be up for grabs.

Thus the Democratic Party does indeed stand on the verge of nominating a self-described socialist to head their ticket in the 2020 election. The irony is rich.

For three years, progressives have shrilly lambasted Republicans for “selling their souls” by accommodating President Donald Trump in return for the perks of political power. Yet while Mr. Trump bucks GOP orthodoxy on some issues — particularly trade — he is no radical when it comes to public policy. Sen. Sanders, on the other hand, is a hardened ideologue who calls for a “revolution” against capitalism and has a soft spot for leftist authoritarians. If Mr. Trump has damaged the Republican brand, what will the ascension of a former Soviet sympathizer do to Democrats, who have long chafed at the “S”-word label?

On a more pragmatic level, a Sanders ticket has serious ramifications for the party’s chances to retake the Senate and maintain its House majority.

Sen. Sanders’ misguided and dangerous philosophy would be devastating for the nation, but he remains a talented campaigner with a devoted following who, like Mr. Trump, has tapped a wellspring of discontent with Beltway politics. Many Republicans, including the president, are watching the rise of Sen. Sanders with giddy amusement — and it certainly provides the GOP with avenues to exploit. Conventional wisdom, after all, tells us that Americans will never elect a socialist president. But if there’s anybody who understands that the old rules no longer apply in this age of social media, it’s Mr. Trump. Remember: Nobody gave him a chance in Hades of defeating Hillary Clinton, either.