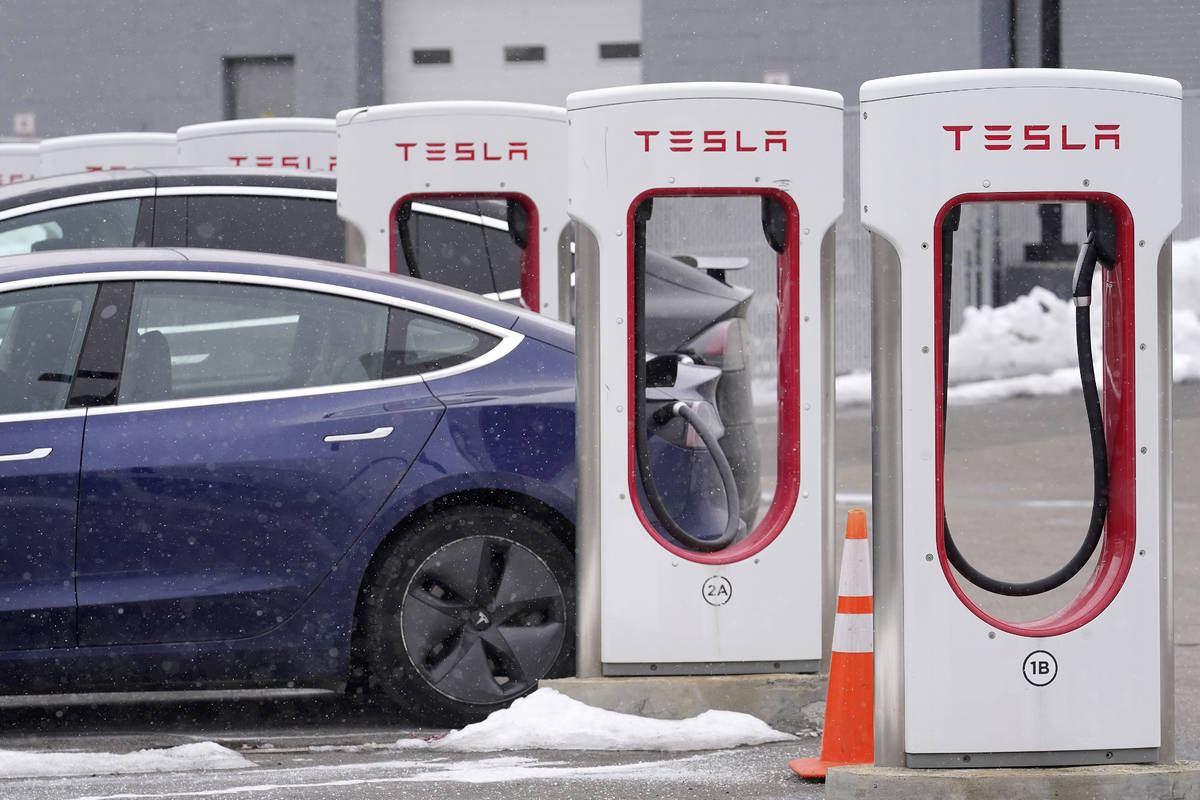 There aren’t many tax increases in Carson City worth considering. A proposal by Senate Minority Leader James Settelmeyer looks to be the exception.

Mr. Settelmeyer, the sponsor of Senate Bill 191, wants to assess a 10 percent surcharge on electric vehicle charging stations. The levy would function like the gas tax. The operator of the charging station would collect it from the customer, and it would eventually end up in the State Highway Fund. There would be no tax for charging your vehicle at home.

The State Highway Fund helps pay for road projects. The gasoline tax is currently its major component. But as cars have gotten more fuel efficient, there has been a decline in such revenues compared with miles driven.

Electric vehicles take that challenge to a higher level. One of the attractions of an electric car is the savings accrued by avoiding the cost of gasoline and the accordant taxes. But the more plug-ins on the road, the greater the strain on the Highway Fund even though electric vehicles contribute to wear and tear and traffic congestion, too.

Mr. Settelmeyer sees his bill as a step to addressing that inequity. “This bill is a more logical way to look at generating resources because this one would actually be based upon paying at the pump, just as individuals pay currently,” he said while presenting his proposal on Monday.

Environmental groups, which have long pushed electric vehicles, responded like the Chamber of Commerce in voicing opposition.

“Instead of penalizing clean cars, Nevada should incentivize them to better enable the state to reach its climate goal of reaching zero emissions by 2050,” Angie Dykema, Nevada representative for the Southwest Energy Efficiency Project, said.

It’s encouraging to hear from an unlikely source an acknowledgment that taxes constitute a penalty. Lawmakers from both parties should remember that when they consider imposing news obligations on businesses and residents.

And agreeing with Ms. Dykema’s goal of zero emissions does nothing to fix the problem of the State Highway Fund.

Mr. Settelmeyer proposed a similar bill two years ago, but it didn’t receive a committee vote. Instead, Democrats directed the Legislative Committee on Energy to study the issue. That committee’s recommendation? Create a working group to study the issue further.

Mr. Settelmeyer’s proposal is a reasonable alternative to intrusive policies that seek to address the problem by mandating annual DMV mileage checks for vehicles.

Mr. Settelmeyer would be the first to admit his bill isn’t comprehensive, but it’s a start. And that’s far better than stall tactics disguised as another study.