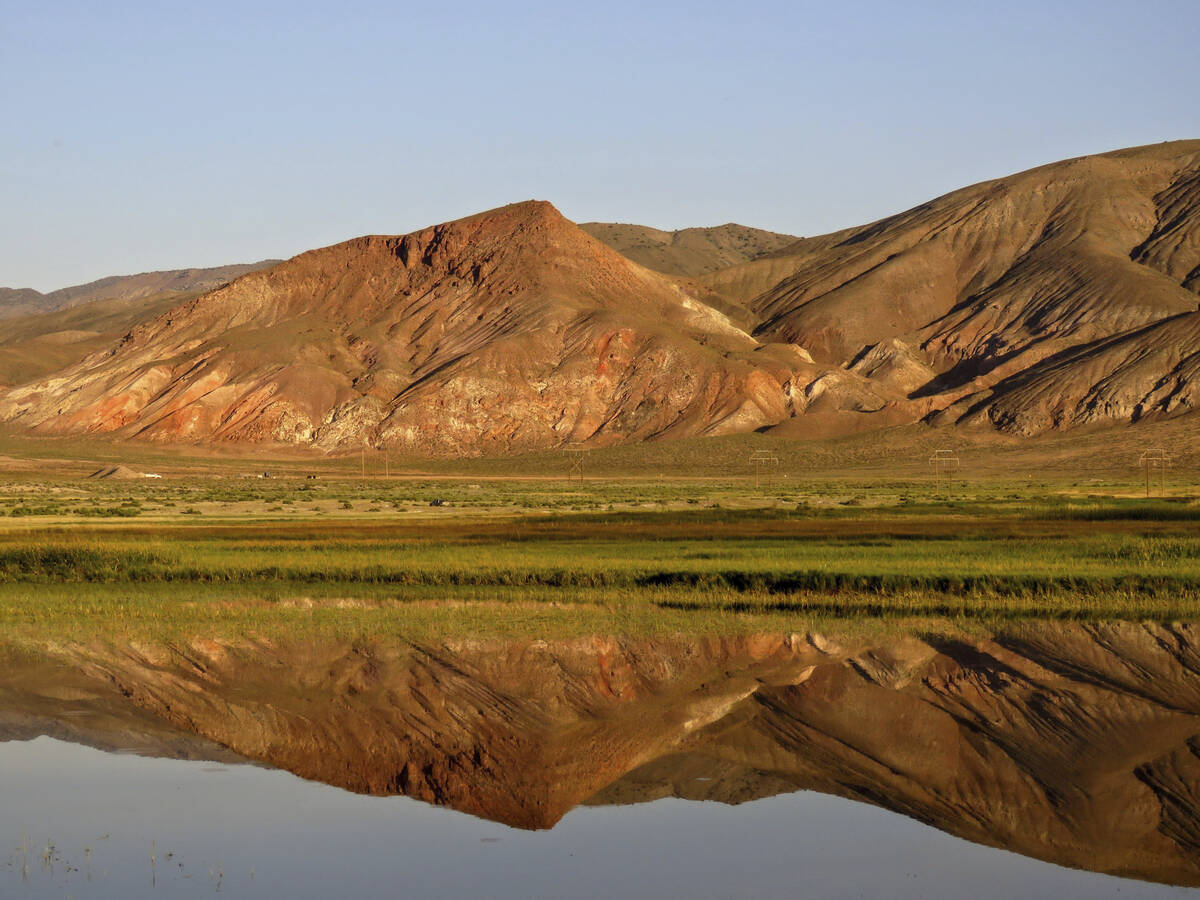 The Dixie Meadows is pictured in June 2017 in Churchill County, Nev. In a lawsuit filed Dec. 15, 2021, conservationists and tribal leaders are suing the U.S. government to try to block construction of two geothermal plants there that they say will destroy a sacred hot springs and push the toad to the brink of extinction. (Patrick Donnelly/Center for Biological Diversity via AP)

Al Gore brought his green gospel revival to Las Vegas last weekend, hosting a “climate reality leadership training” seminar in an effort to spawn more activists for the cause. But it’s doubtful anything resembling “reality” was actually involved.

Mr. Gore sang the praises of the Silver State when it comes to its clean energy potential. “If I were to rate Nevada’s renewable energy and electric vehicle and efficiency on a scale of one to 10, I’d say they rank a 12,” the former vice president said, adding, “You’ve got so much sunlight you could create 250 times the energy Las Vegas and the rest of the state uses just from solar energy, and the fuel is free and there’s no pollution associated with it.”

All true, except for pesky facts involving clouds, darkness and storage technology.

But putting those quibbles aside, a more pressing problem is that many progressive activists on Mr. Gore’s side don’t have any interest in creating a system of clean, sustainable energy capable of meeting the nation’s needs and would prefer instead to hamstring economic growth. Actions, as they say, speak louder than words.

“Progressives often champion the idea of green energy,” Clark Strawser wrote for C3 Newsmag in February, “but recent trends appear to show that while the idea of it is popular in progressive circles, the actual implementation of green energy is met with pushback.”

That’s certainly true in Nevada, and it includes solar, wind and other projects.

For instance, a left-leaning environmental group and Native American interests are fighting to block a geothermal plant in Churchill County on the grounds that it would endanger a rare toad and impact sacred sites, respectively. Yet the Biden administration approved the project last year in order to help the state reach its voter-sanctioned renewable portfolio mandates.

Meanwhile, while Mr. Gore talks about Nevada’s “electric vehicle” capabilities, left-leaning green groups toil diligently to stop lithium mining operations at Thacker Pass and Rhyolite Ridge, the latter of which holds the largest known deposits of the rare earth mineral in North America. Without increasing its supply of lithium, the United States will be unable to manufacture the number of EVs necessary to transition away from gasoline-powered vehicles.

Closer to Las Vegas, a California company last year nixed plans to build the nation’s largest solar plant at Mormon Mesa near Overton after complaints from local residents and various groups, including environmentalists.

Progressive NIMBYs insist they’re all for clean energy development and object only when projects aren’t “appropriately” sited. But it increasingly seems as if the latter engulfs the vast majority of green endeavors. It will take far more than Mr. Gore’s activist training to overcome that reality.