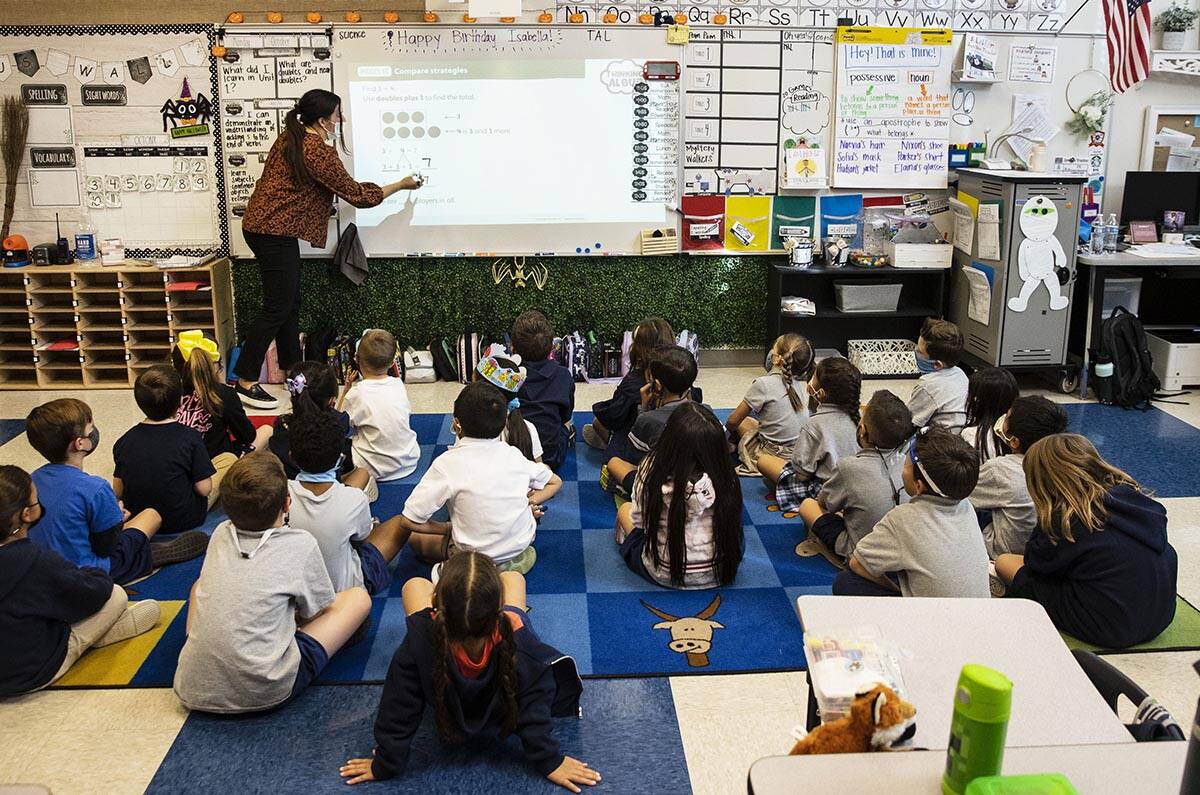 The National Blue Ribbon Schools Program is run by the U.S. Department of Education and aims to celebrate high-achieving schools. Public, charter and private schools are all eligible to earn the designation. Student achievement is one of the factors used to determining which schools receive the award.

Nevada and the Clark County School District traditionally struggle in national education rankings. In many ways, that poor reputation is sadly justified. Just look at CCSD’s performance over the past year. Keeping its doors closed for much of the year severely harmed tens of thousands of students. Almost 40 percent of district students received at least one F grade during the spring 2021 semester.

Yet, there are some schools that do much better. Their teachers and leaders do great things for their students and have the results to prove it. They include Hill Elementary School in Las Vegas and Lamping Elementary in Henderson. Both won a National Blue Ribbon School award this year. The nomination category for both was “exemplary achievement gap closing schools.”

Hill Elementary is a Title I school, meaning many of its students come from impoverished backgrounds. Principal Jennifer Reynolds credited her staff’s work on addressing students’ social-emotional with academic needs.

He said analyzing performance data allowed the school to understand where students are academically, showing them where interventions are necessary. That makes sense. Without accurate information on where students are academically, it’s much harder to get them the right help. Unfortunately, Superintendent Jesus Jara and the Board of Trustees made that information harder to obtain by gutting district grade standards over the summer.

Pinecrest Academy of Nevada Inspirada, a charter school, won a Blue Ribbon award, too. Its nomination was in the “exemplary high performing schools” category. It was the only Nevada school recognized in that category this year, though traditional public schools in Nevada have received the honor in previous years.

It’s also the first Nevada charter school to win the award. The campus has been a five-star school for five straight years, although the last ratings were from the 2018-19 school year. That’s worth remembering the next time legislative Democrats propose restrictions on new charter schools.

Clark County faces many educational challenges, but that unfortunate reality mustn’t obscure the fact that there are some great schools and educators here.