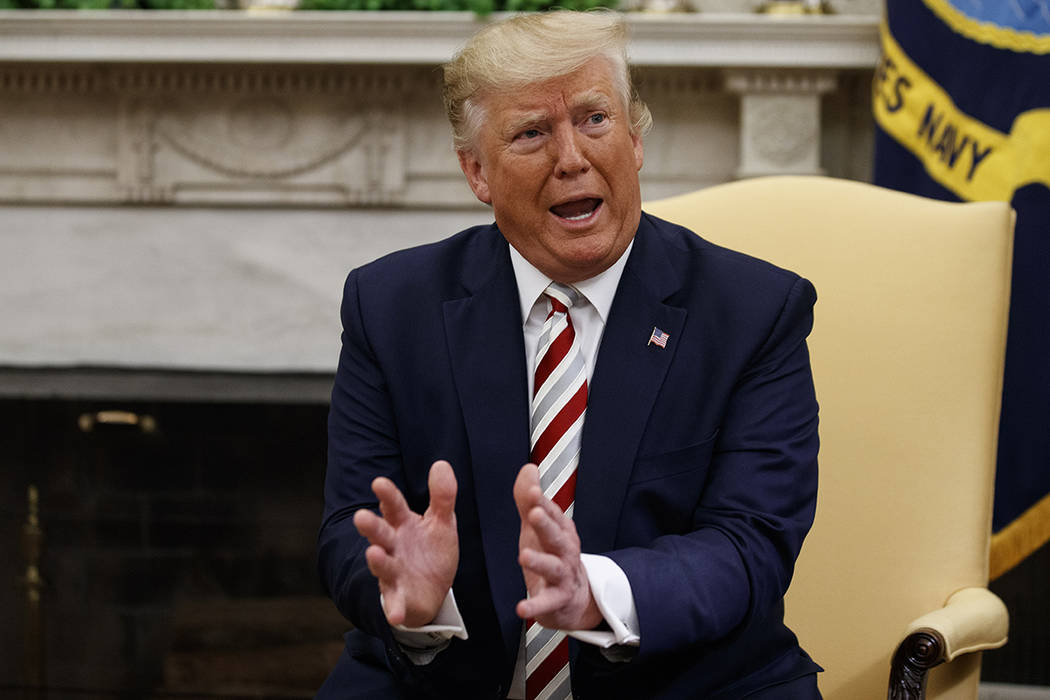 Just days ago, President Donald Trump tweeted that he was ordering American companies “to immediately start looking for an alternative to China.” Fortunately, the Constitution doesn’t list Twitter as a proper tool for the exercise of presidential power.

Mr. Trump’s command came in a series of tweets regarding the ongoing trade war between the United States and China. He seemed to be responding to China announcing new tariffs on $75 billion worth of U.S. products.

As they often do, his comments provoked a firestorm. Frequent Trump critic, Rep. Adam Schiff tweeted in reply, “As long as we are claiming constitutional powers we don’t have, I hereby order the President to stop tweeting.”

Mr. Trump insisted, however, that he did have that authority under the International Emergency Economic Powers Act. The Act gives the president broad power to intervene in international trade and business activities during a national emergency. Presidents from Jimmy Carter to George W. Bush have used the Act to slap economic penalties on hostile countries or foreign individuals.

Congress intended the 1977 law “to deal with any unusual and extraordinary threat, which has its source in whole or substantial part outside the United States, to the national security, foreign policy, or economy of the United States.”

You’d be surprised by how many “unusual and extraordinary” threats there have been and continue to be. The Congressional Research Service found that presidents have issued emergency declarations under the Act over 50 times since 1979. As of January, 29 of those emergencies are still ongoing, with almost all of them predating Mr. Trump’s presidency. That’s not to say the use of the sanctions and other penalties imposed by the Act are improper. Presidents have gone after Iran, North Korea and those involved in terrorism.

It’s unclear if Mr. Trump plans to follow up on his pronouncement. The president seems rightly worried about the economy, about which he is understandably proud. A strong economy would help his re-election chances as well.

This trade dispute is stifling, not creating, economic growth. His tariffs and China’s retaliation have spooked the stock market, leading to dramatic swings. If Mr. Trump wants to boost the economy, he shouldn’t try to boss around U.S. companies. He should acknowledge that tariffs are economically destructive and act accordingly.

Alternatively, he could make the case that tariffs are necessary as part of a larger strategy to counter China’s geo-political ambitions and theft of U.S. companies’ intellectual property. Successfully made, that approach could justify the economic harm caused by tariffs, but it wouldn’t eliminate it.

If Mr. Trump moved forward with his order, it’s all but certain a lawsuit would follow. It’s unclear who would win that fight. Regardless, Mr. Trump’s tweet highlights the danger in Congress abdicating such broad authority to the president, regardless of his party.

The president’s idea should lead congressional leaders to seek to regain much of the authority their branch of government has delegated to the country’s chief executive. It’s not just trade where Congress has given away broad swathes of authority.

For instance, during the Obama Administration, the Environmental Protection Agency proposed significant new regulations on carbon dioxide emissions from power plants. Opponents said the plan was a de facto ban on new coal power plants. Mr. Trump’s administration has since weakened those regulations.

Whatever your thoughts on trade wars or regulating carbon dioxide, there should be agreement that Congress should make those decisions. For too many decades, Congress has irresponsibly delegated its power to the president and executive agencies.

There are many reasons to oppose Mr. Trump giving orders to U.S. businesses operating in China. The fundamental problem, though, is that Congress has given away too much of its authority to the executive branch.