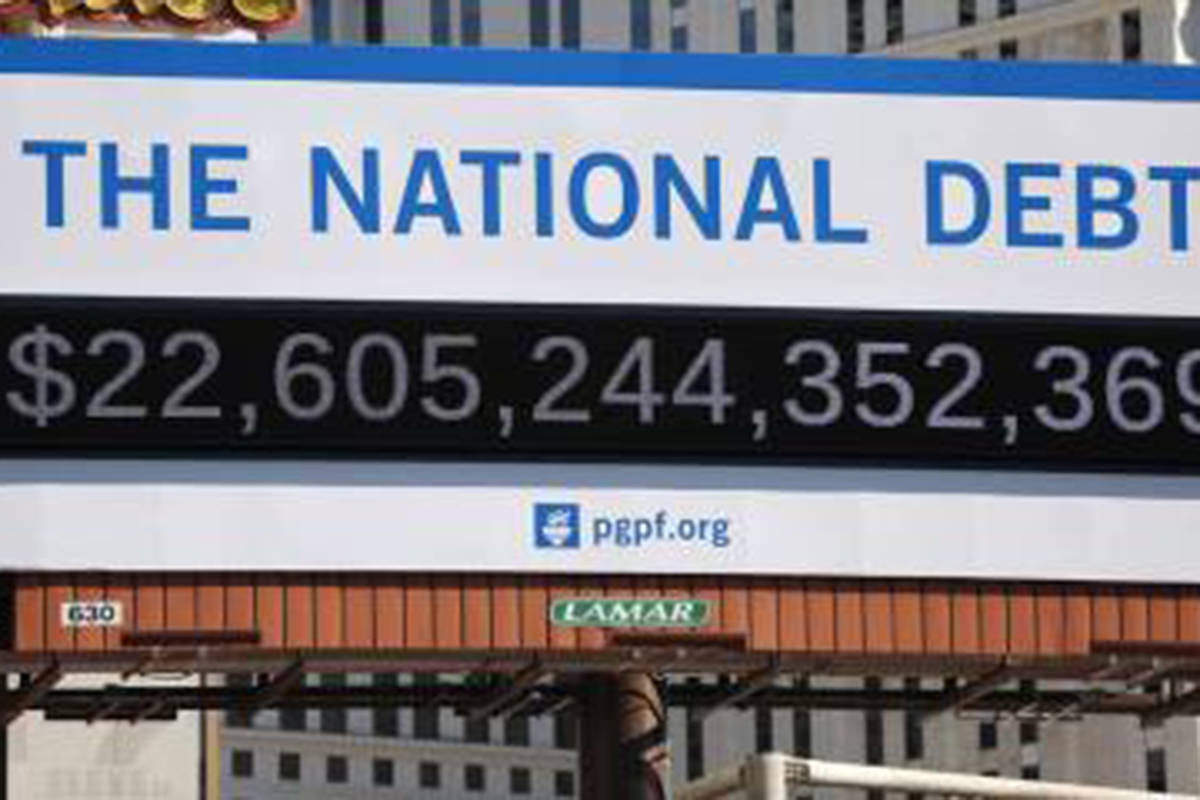 With the national debt approaching $28.5 trillion and the current administration blithely vowing to pile on trillions more, it seems quaint to hearken back nearly 30 years when red ink was a cause for concern among both Democrats and Republicans. Yet perhaps it’s time that U.S. voters insist their elected officials reclaim that sense of urgency over the nation’s finances.

The year was 1993. Bill Clinton occupied the Oval Office, and the debt hit $3.4 trillion, triggering questions about the nation’s long-term fiscal health, particularly when it came to entitlement spending. In response, President Clinton convened the Bipartisan Commission on Entitlement and Tax Reform, a 32-member panel chaired by Sens. Bob Kerrey, a Nebraska Democrat, and John Danforth, a Republican from Missouri. As our current predicament indicates, the commission was a failure — at least in terms of affecting reform. The political challenges involved in gaining consensus on such polarizing issues proved too much to overcome, and the panel issued only a series of splintered recommendations.

A similar fate befell the National Commission on Fiscal Responsibility and Reform, a bipartisan board formed in 2010 by President Barack Obama to identify policies to “achieve fiscal sustainability over the long run.” The 18 members failed to coalesce on policy, meaning no recommendations were forwarded to Congress.

In both instances, though, the committees acknowledged the dangers of rampant deficit spending.

In little more than a decade, however, the climate is Washington has changed so drastically that only a handful of Republicans — and zero Democrats — emphasize fiscal sanity. Under President Joe Biden’s budget proposals, the deficit will reach $1.9 trillion by the end of the decade, according to estimates from the Congressional Budget Office, and the debt will eventually be double the gross domestic product. This can’t continue. Yet today’s elected officials don blinders as long as they perceive fiscal extravagance as the road to re-election.

But mathematical reality hasn’t changed since 1993 or 2010 simply because Beltway interests wish it were so. “It’s become all too clear that America can’t build a sound economy on a foundation of unsustainable debt,” Mr. Kerrey and Mr. Danforth wrote in an op-ed for The Wall Street Journal this week. “The longer lawmakers wait to act, the more difficult the solutions will be.”

They’re correct. But as their own experience attests, federal politicians are unlikely to change their ways absent outside stimulus. Mr. Kerrey and Mr. Danforth note that an April Ipsos poll found that 75 percent of respondents “believe too much debt can hurt the economy.” But until they start voting like it — and demanding fiscal accountability from their representatives — the cliff will draw ever nearer.