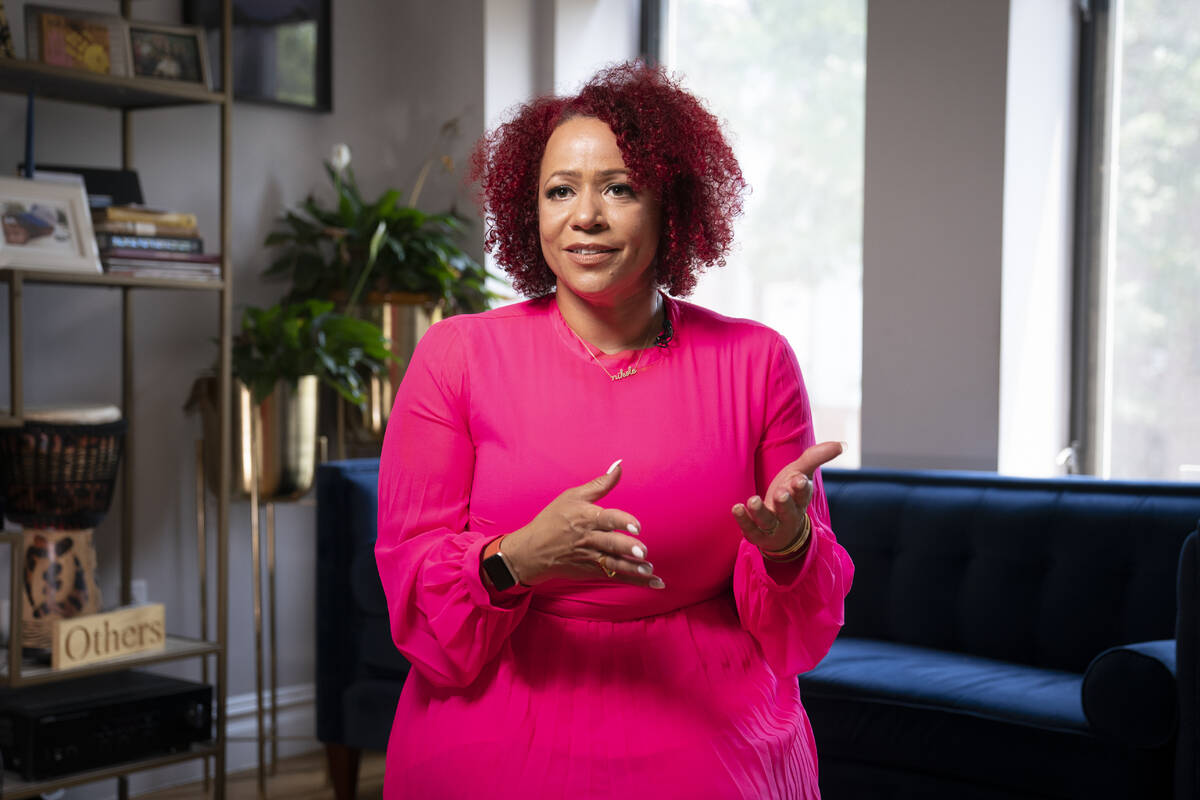 Nikole Hannah-Jones is interviewed at her home in the Brooklyn borough of New York, Tuesday, July 6, 2021. Hannah-Jones says she will not teach at the University of North Carolina at Chapel Hill following an extended fight over tenure. (AP Photo/John Minchillo)

It’s not every day a prominent liberal comes out in support of school choice. It’s nice to see — even if The New York Times’ Nikole Hannah-Jones didn’t seem to realize the significance of her comments.

Ms. Hannah-Jones, most well-known for the divisive and historically dubious 1619 Project, was involved in an illuminating Twitter discussion this month. Billy Binion, an assistant editor with Reason, referenced her past work on the lingering effects of school segregation.

“The greatest contributing factor to segregation today is that kids without choice are trapped in schools based on a (ZIP) code,” he tweeted, later adding, “We need school choice for everyone, not just rich people.”

That’s a pretty standard argument for school choice. It led to this response.

Ms. Hannah-Jones may be pleasantly surprised if she takes the time to educate herself on the school choice movement. That’s precisely one of the reforms that many choice advocates champion.

“Tear down these district lines” Jennifer Wagner, vice president of communications for EdChoice, wrote about open enrollment in 2019. EdChoice is one of the most prominent school choice organizations in the country.

In February, Aaron Garth Smith and Christian Barnard with the Reason Foundation wrote an op-ed headlined, “Public school district boundaries are a relic of the past.”

On these pages, we have long advocated for many types of school choice. Just last month, we urged the Clark County School District to preserve the ability of parents to find a better fit for students by not bureaucratizing its zone variance process. Unfortunately, the Board of Trustees did just that.

Ms. Hannah-Jones continued, “Classism is allowing rich white communities to exclusively fund just their own schools, and then to keep lower income folks out through exclusionary zoning and invisible but impenetrable school district boundaries. So, you really want choice? Let’s go.”

Of course, Nevada’s education system doesn’t have some of those funding issues because each Nevada county is its own school district. Thus, wealthier and poorer areas of Clark County already share school tax dollars. In addition, most other states have taken steps to alleviate funding differences between districts.