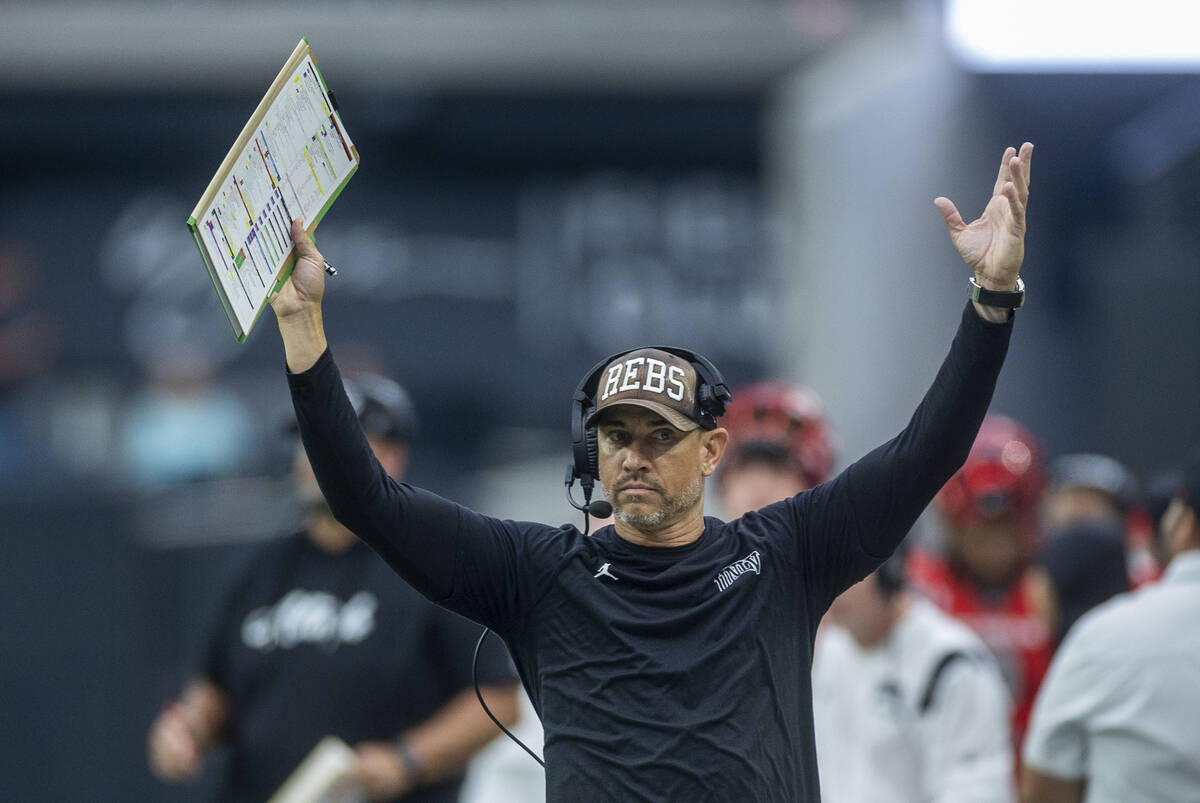 Another head football coach fired from UNLV (Tuesday Review-Journal). Of course, it’s always the coach’s fault when a team loses. They must think that he is the one out there throwing and catching the ball along with defending the quarterback.

Let’s be realistic: Who wants to play for UNLV? Only players who have been turned down everywhere else. Not even players who have gone to local high schools want to stay and play football here. Why? Because a player won’t get the national recognition, which means after their senior year there is no chance of being drafted by the NFL.

It no doubt is very frustrating for any coach hired by UNLV to know that he will be here only for a short time. So now who’s next.? Maybe Josh McDaniels. His win-loss record this year is not much better.