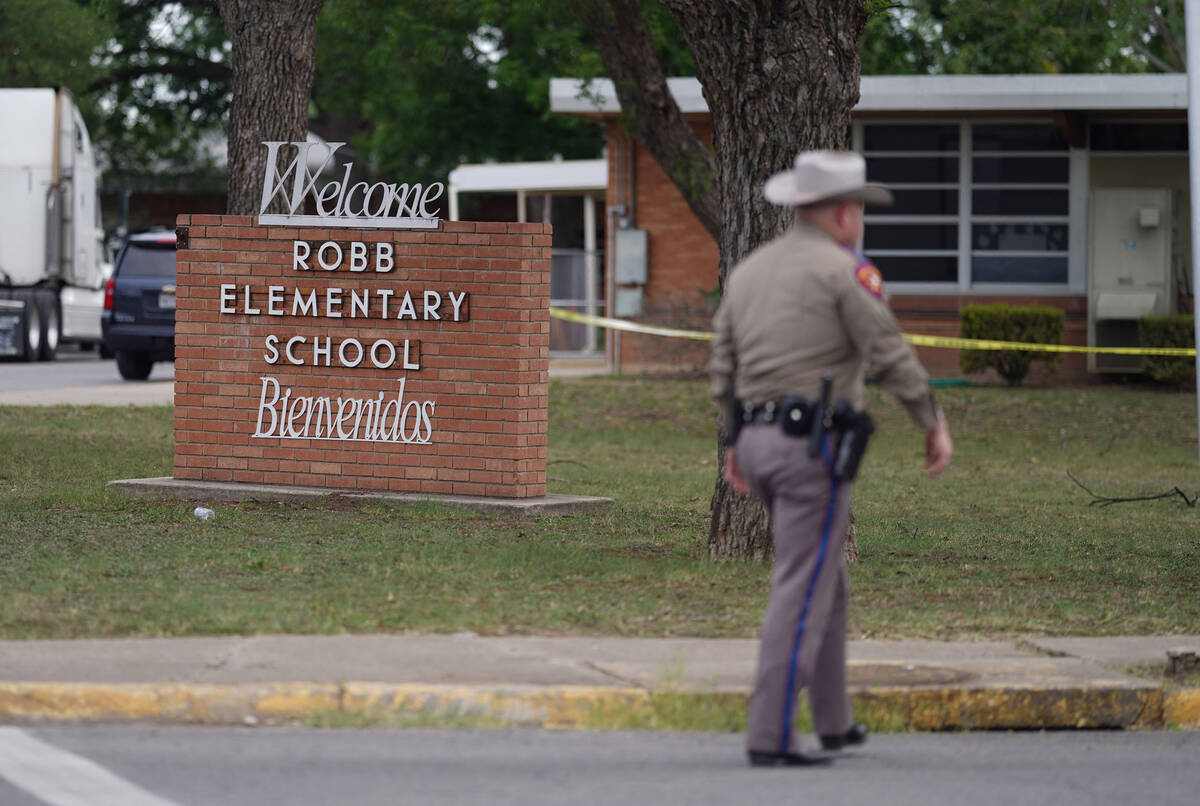 An officer walks outside of Robb Elementary School in Uvalde, Texas, on Tuesday, May 24, 2022. (Allison Dinner/AFP/Getty Images/TNS)

In his Tuesday letter to the editor, Peter Scalisi is offended by Susan Estrich’s recent commentary on gun violence, the National Rifle Association and the racial implications regarding her assertion that, if the firearm death rate of young white men were as high as that among young Black men, we wouldn’t continue to let the NRA block commonsense solutions.

Sorry, Mr. Scalisi. Your history lesson about the NRA being founded as a true civil rights organization fighting heroically alongside former black slaves (cue drum roll and bugle) to protect them from gun control by Confederacy whites, fails to address the issue raised by Ms. Estrich.

The NRA’s founding propaganda has little to do with protecting Blacks or anyone else from gun violence. The NRA preys upon good citizens concerned about the freedom “guaranteed” by the Second Amendment. Pay your membership fees and get the sticker for your truck’s back window. We’ll do the rest.

Commonsense solutions to gun violence (red flag laws), about assault weapons in particular, would tamp down the numbers of dead schoolchildren, dead concertgoers and the horror that follows among the families of all colors.

We should and must do better, says this weapon-owning Nevada citizen.