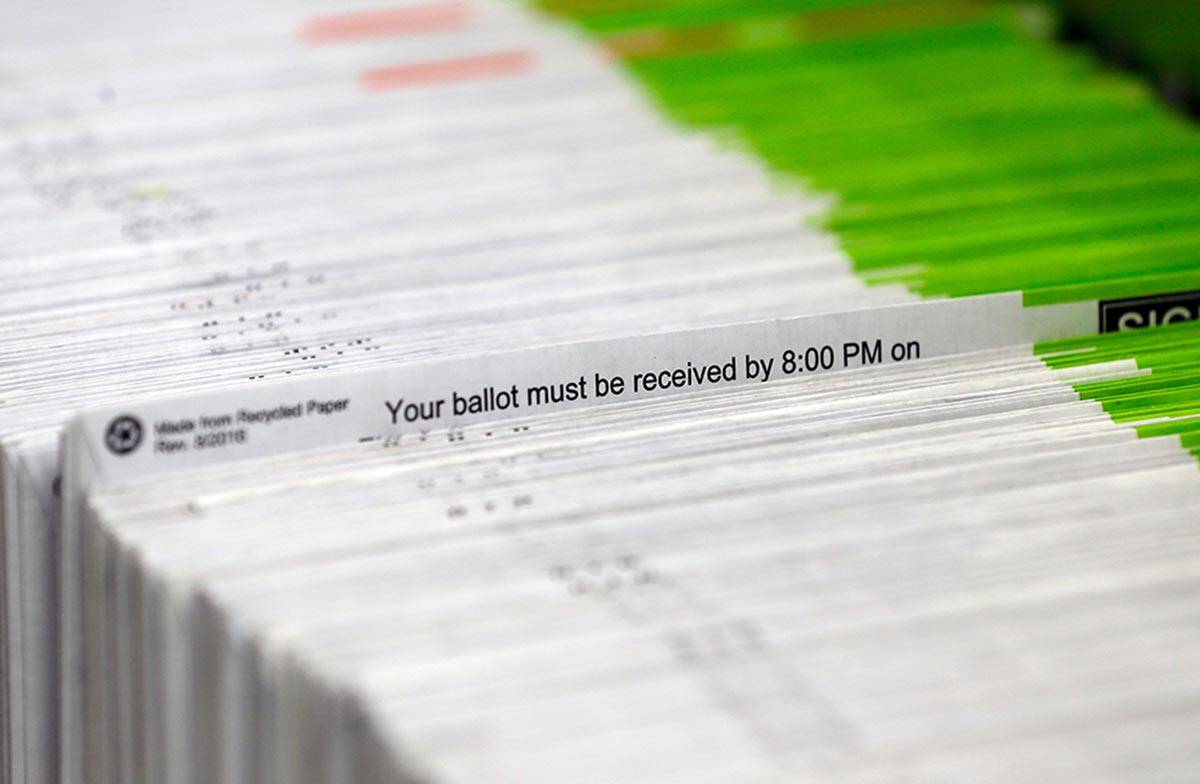 When Gov. Steve Sisolak last year signed into law the permanent extension of universal mail-in balloting, he made it impossible for Nevadans to have complete confidence in the outcome of their elections. That law needs to be repealed.

Not only does it create unacceptable delays in vote counting, as we have just seen, but it presents huge chain-of-custody issues. With thousands of unused ballots floating around, it is a simple matter for unscrupulous actors to get hold of as many ballots as they can, sign them any which way and a significant percentage of them will get through the “signature verification” process, as Review-Journal columnist Victor Joecks has demonstrated.

There are also problems with the entity charged with transporting the ballots. The U.S. Postal Service has become less reliable in recent years and has seen significant increases in mail theft (up 161 percent during the first year of the pandemic), lost mail and other problems. And the Postal Service is also a political entity, having received $107 billion from the federal government this year. Conservatives are seen as being opposed to such funding, which could create a strong incentive among people inside the Postal Service to “lose” ballots mailed from heavily GOP areas and backdate postmarks on ballots from heavily Democrat areas.