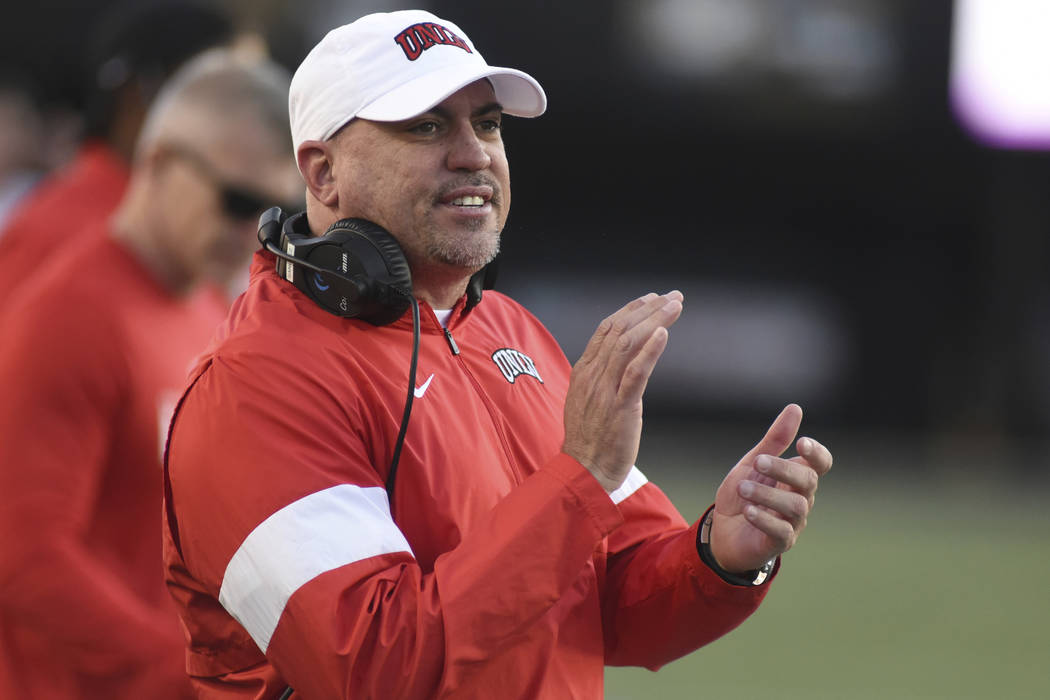 With respect to Walter Goldstein’s comments about not blaming UNLV football coach Tony Sanchez for the team’s lack of success (Monday letter), he is wrong. College football coaches have two basic responsibilities: to recruit talented players and to mold them into a winning team. Mr. Sanchez has been unable to do either.

It may sound unkind, but he has no excuse. His 16-32 record is, by any standard, unacceptable.

As for Mr. Goldstein’s thought that good players don’t go to UNLV because they want to compete at the better schools to improve their chances for the NFL, that is not so. If you are good enough for the NFL, it will find you. The soon-to-be Las Vegas Raiders have on their roster players from Beloit, Eastern Michigan, Alabama State, Northern Iowa, Sam Houston State, Idaho and Western Oregon.

Success at UNLV can begin only with paying what it takes to get a good coach who has the ability to recruit and build a winner. Some qualified individual is out there who would like the opportunity to do all the things Mr. Sanchez could not.