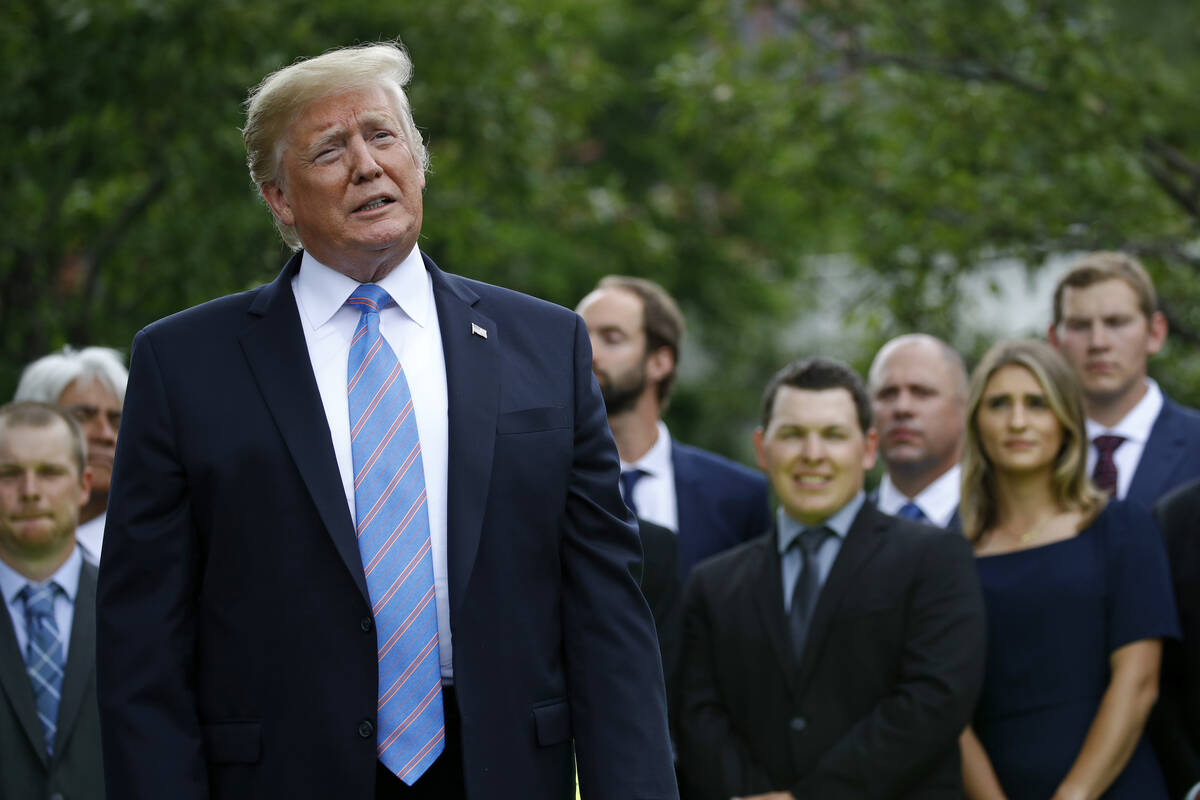 FILE - President Donald Trump speaks on the South Lawn at the White House, Monday, June 10, 2019, in Washington as he honors Team Penske for the 2019 Indianapolis 500 win. (AP Photo/Patrick Semansky)

Since Donald J. Trump began his destruction of our democracy — with his lack of respect for the Constitution, the insurrection at the Capitol and the removal of top-secret documents from the White House — he has been an embarrassing example of someone aspiring to be a dictator.

Now, House GOP leader Kevin McCarthy wants to call out President Joe Biden for calling Mr. Trump and his supporters “semi-fascist.” If you roll the past five plus years back, you will see examples of fascism at every turn. That’s the actual appeal for Proud Boys, The Oath Keepers, The Three Percenters, Texas Freedom Force and many more lesser-known factions.

From Mr. Trump’s call to action to “stand back and stand down” from the presidential debate stage, to his call on Jan. 6 to “fight like hell,” he has been the leader of a far-right movement that closely resembles fascism. Look up the definition. He checks nearly every box.

One of Mr. Trump’s enablers, Sen. Lindsey Graham, even suggested that if the former president were indicted there would “be riots in the streets.” Did he believe this wasn’t obvious, or was it just another call to action to the far-right mob?