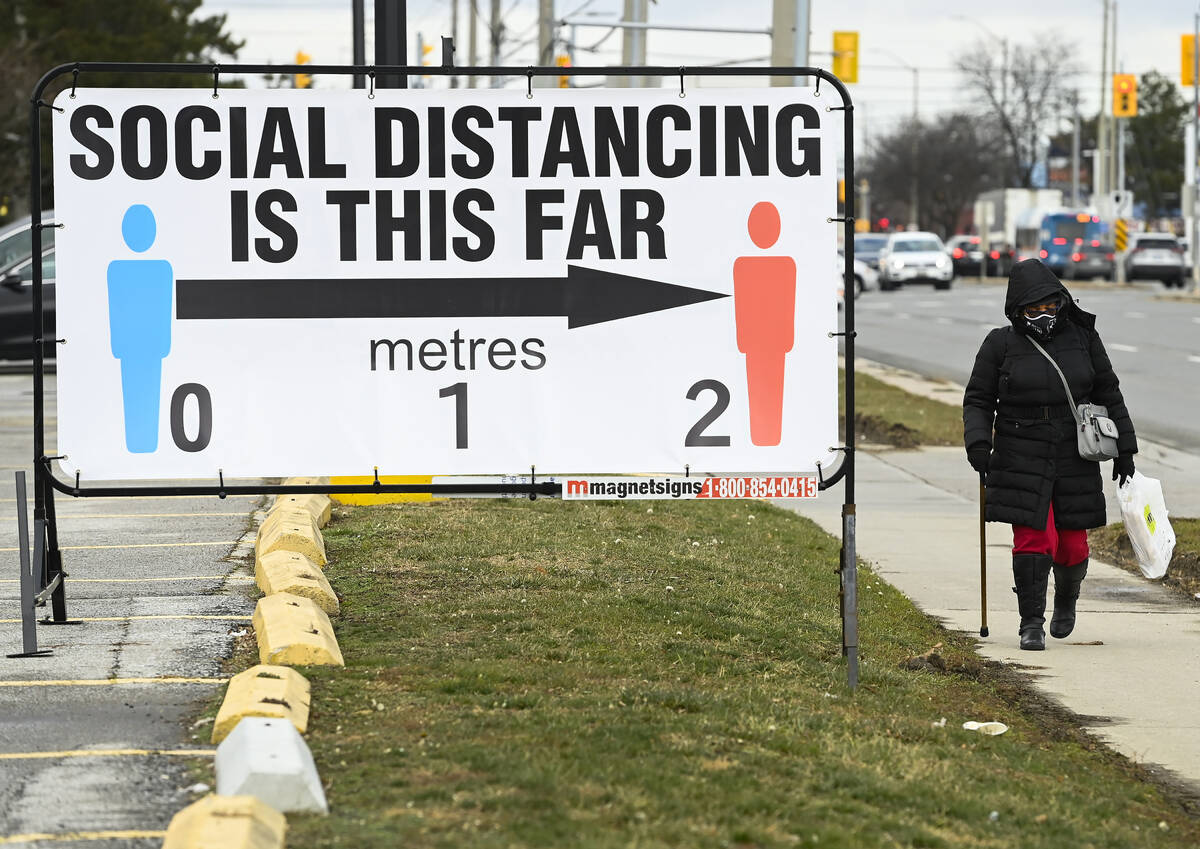 FILE - A person walks past a COVID-19 restrictions sign during the COVID-19 pandemic in Mississauga, Ontario, on Tuesday, Dec. 22, 2020. (Nathan Denette/The Canadian Press via AP)

I strongly disagree with John Stossel’s Jan. 16 commentary critical of COVID shutdowns. Contrary to his contention, shutdowns do limit deaths. The United States had no central control over shutdowns and leads the developed world with 3,363 deaths per million. This contrasts to the death rates in Australia, 2,389, and in New Zealand, 750.

These rates reflect the failures of the United States. In New Zealand, Prime Minister Jacinda Ardern took the responsible actions expected of a leader to control the pandemic. In the United States, we had an inept leader and medical authorities who could make only recommendations. With these handicaps and interstate travel, the effectiveness of state shutdowns was doomed.

Mr. Stossel also noted that the Australian shutdown was not worth it because the average life expectancy was increased by only two weeks and “life is better when we get to make out own decisions” about health and safety. He and I feel differently about John Locke’s natural rights of life and liberty. For me, these apply equally to myself and to others. From the death rates I gave, and the number of U.S. deaths (1.107 million) one can calculate that there would be 247,000 American COVID deaths had we effectively followed New Zealand’s policy. This death count was exceeded by Nov. 11, 2020.

Mr. Stossel likes the freedom to make his own choices. But many of the 860,000 dead Americans who might have been alive today with effective shutdowns would have preferred limits on health care freedoms.