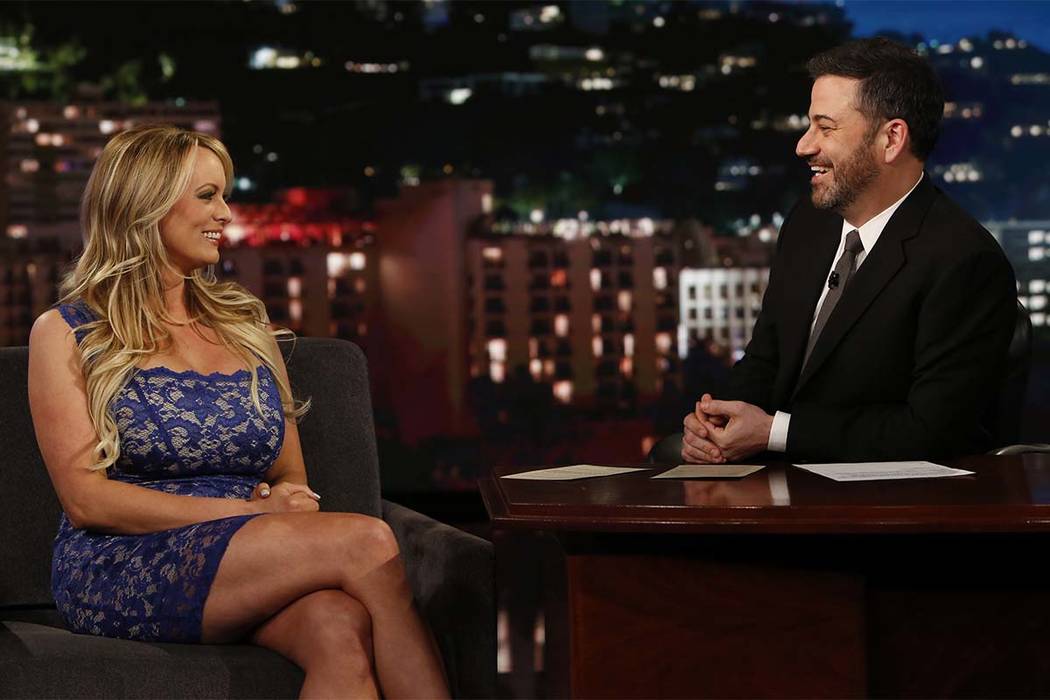 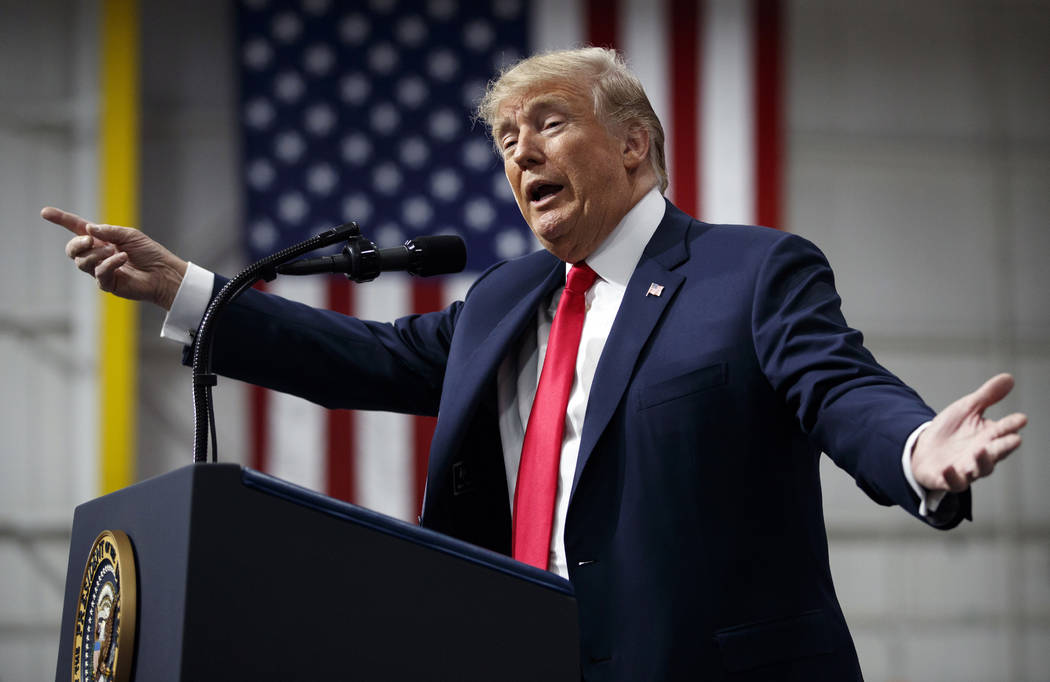 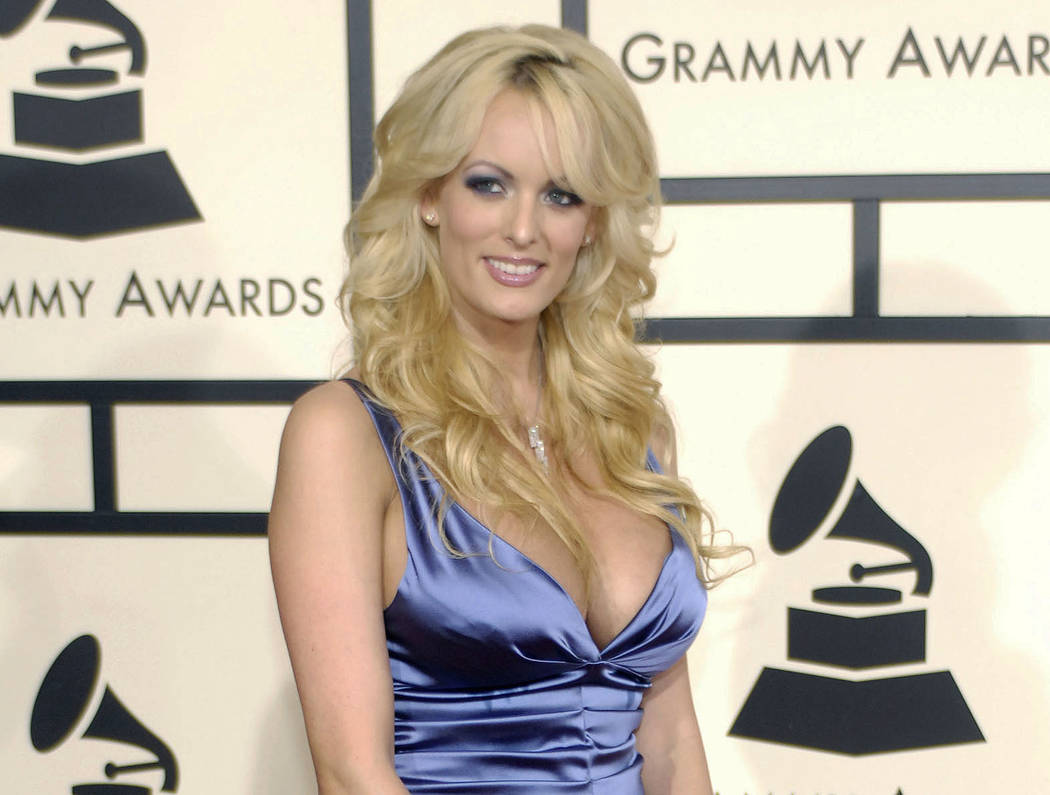 WASHINGTON — During a GOP debate in the 2016 election, Donald Trump repeated a frequent boast. “I don’t settle cases. I don’t do it because that’s why I don’t get sued very often, because I don’t settle, unlike a lot of other people,” he declared.

Then, in the month leading up to the election, Trump, who had been accused by several women of sexual misconduct, also vowed to sue “all of these liars” as soon as the election was over.

In October 2016, days before the presidential election, Trump’s long-time personal attorney Michael Cohen paid Daniels $130,000 to keep quiet about what her present attorney describes as “an intimate relationship” with Trump that began in the summer of 2006 and continued into the next year. Cohen says that he paid the money himself.

Daniels has offered to pay back the $130,000 so that she can break the nondisclosure agreement. The CBS news program “60 Minutes” is set to air an interview with her on March 25.

On Friday, her attorney, Michael Avenatti, told MSNBC’s “Morning Joe” that Daniels had been threatened physically to keep her from talking, though he would not say by whom. Here is a man who knows how to tease a story.

Or as Republican strategist and CNN contributor Alice Stewart put it, he knows how “to keep on the fire and potentially keep it the eternal flame.” By carefully parsing his words and doling out twists in the story, “he’s almost trying to out-Trump Trump.”

There is some justice in Trump finding himself on the receiving end of Daniels’ and Avenatti’s determination to flog this story for all it is worth – presumably appreciably more than six figures.

Daniels has put conservatives in a quandary. During the 2016 election, more than 10 women accused the GOP nominee of unwanted kissing and groping. But many of their stories were years, even decades old. That is, they predated Trump’s engagement in electoral politics.

Besides, Trump denied his accusers’ claims. Most of the accusers came forward just before the election, which made some supporters suspect the timing. In the United States, the burden is on the accuser, not the accused. Trump’s base gave him a pass.

In January, Family Research Council president Tony Perkins told Politico that evangelicals were willing to give Trump a “mulligan” on the harassment accusations.

Last week, Perkins told CBN News that his viewpoint had not changed. “To date, what has the president done?” Perkins said. Trump “has not engaged, to our knowledge, and I think we would know, in any of the behavior that he did in the past, prior to the election. What he has done is he’s actually followed through on political promises.”

Some campaign ethicists argue that the $130,000 hush payment would constitute a violation of the $5,400 cap on political campaign donations per election cycle. But in 2012, a federal jury refused to convict former Sen. John Edwards of campaign finance fraud after a big donor paid to cover up an affair Edwards had with a campaign videographer who gave birth to their child.

At the time, Citizens for Responsibility and Ethics in Washington executive director Melanie Sloan argued it was wrong to consider the payments to conceal Edwards’ mistress to be campaign contributions.

Ever the entrepreneur, Daniels is soliciting contributions to her legal fund.

“In my view, the president would do himself a favor and just come clean, tear off the Band-Aid and move on,” Stewart opined.

That is, Trump should man up. Like that’s going to happen.

4
Rodimer again running for Congress, this time in Texas