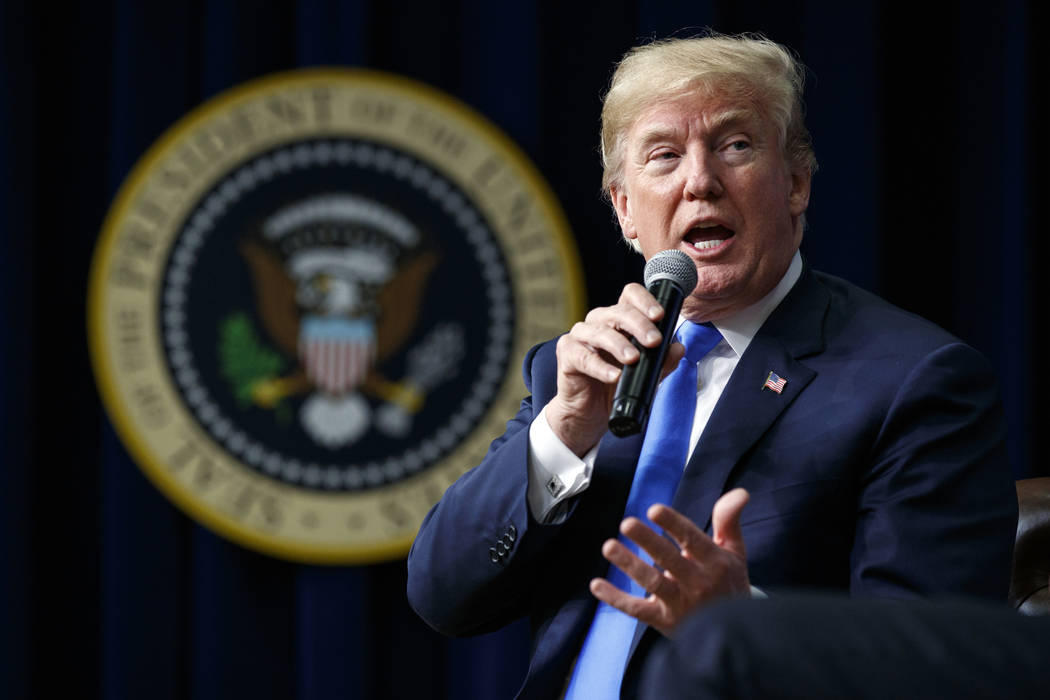 President Donald Trump speaks at the Generation Next Summit in the South Court Auditorium on the White House complex, Thursday, March 22, 2018, in Washington. (AP Photo/Evan Vucci) 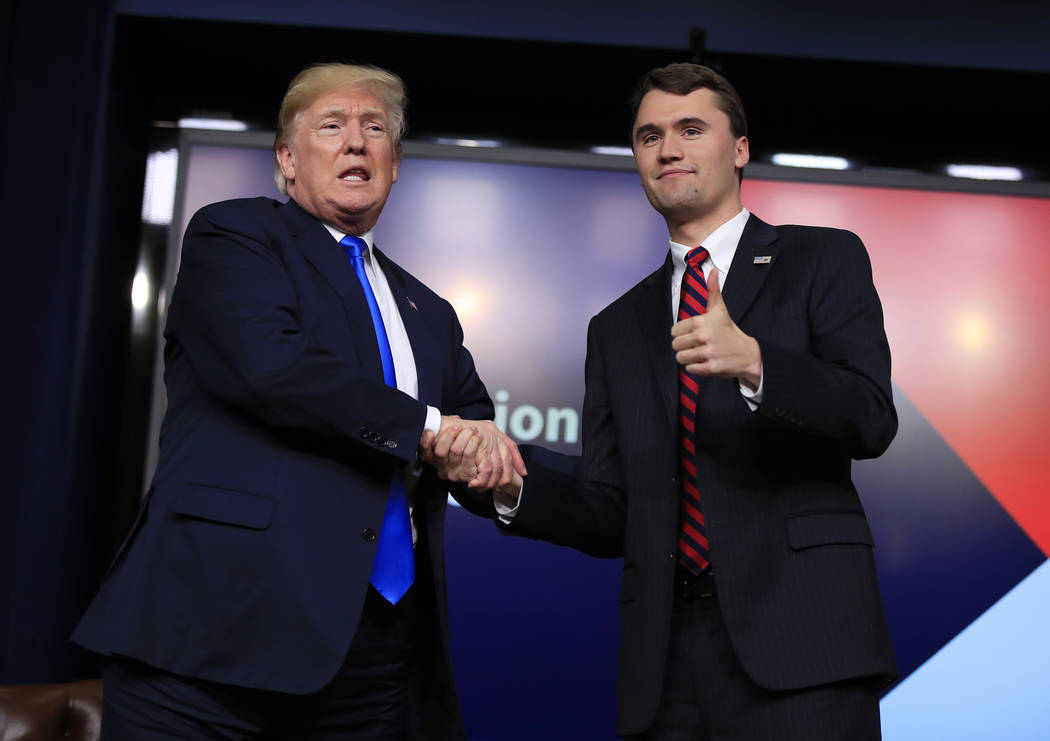 WASHINGTON — The Trump White House reached out to millennials Thursday during a Generation Next summit for some 200 young voters, many from college Republican groups and conservative think tanks.

Trump also said he believes radical leftists on campus “get all the publicity,” but if you go to most colleges, “I think we get majority support.”

The afternoon summit showcased differences between the two parties.

“Dog walking was safe pretty much for centuries,” he said, until the dog-walking app Rover hit the market. Then some cities moved toward licensing. “Why are they doing this?” Acosta argued that public servants should not restrict innovation.

Top presidential aide and elder daughter Ivanka Trump shared Acosta’s approach. “It really is remarkable how insane it has become,” she said. “Now one in five professions requires a license.”

She talked about how military spouses are disproportionately disadvantaged as they often have to move to accommodate their partner’s active service. Spouses are especially affected when they work in “highly licensed fields” like teaching. Military spouses have a 16 percent unemployment rate.

According to the Center for Information &Research on Civic Learning and Engagement, 55 percent of young people voted for Democrat Hillary Clinton in 2016, while 37 percent voted for Trump.

Can the GOP pump up that number?

“The millennial generation on the margin cares less about traditional Republican talking points,” according to Henry Olsen, author of “The Working Class Republican: Ronald Reagan and the Return of Blue-Collar Conservatism.” “Talking about taxes and deregulation and religious liberty don’t connect with what they want government to do.”