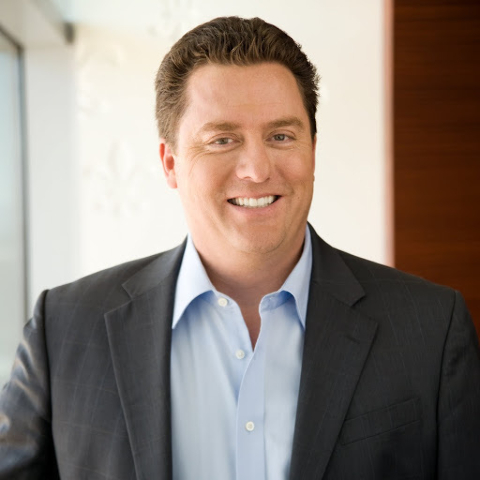 Former Assembly Speaker John Oceguera will announce today he’s running for Congress again, this time in the 4th Congressional District that stretches from North Las Vegas to Ely and takes in the vast middle part of Nevada.

Oceguera will face off in the Democratic primary against two former Assembly colleagues, state Sen. Ruben Kihuen, D-Las Vegas, and former Assemblywoman Lucy Flores. Philanthropist Susie Lee is also a candidate for the position. The lucky winner will take on incumbent Republican Rep. Cresent Hardy, another former Assembly member who served with Oceguera in Carson City.

“As you know, I’m a native Nevadan. Four generations of my family have lived in this state,” Oceguera said. “Three generations of them were firefighters, always serving the community. And I have that sense of duty in me to serve as well.

“I served on the fire department in North Las Vegas, which is in this district as well. I served in the Legislature for 12 years, because I had that call to service, because I wanted to serve. I see an opportunity in that I don’t think that the current incumbent is doing a great job. I think I can do a better job.”

Asked what he brings to the table that his Democratic opponents lack, Oceguera cited his leadership positions in elected office. “You’re not going to see a lot of daylight between our policy positions, [because] we’re all Democrats,” he said. “But where I think you see the difference is in our value system, in our longevity in the district, record of service. I’ve served in the Legislature for 12 years and led some of the folks that we’re talking about. So I have a longer and more specific record than they do.”

Some have said 2016 will be the year of the Latino, and the year of the woman, with a growing Hispanic demographic and a likely female Democratic presidential nominee. Moreover, there will be a Latina near the top of Nevada’s ballot in the person of former attorney general and Democratic U.S. Senate candidate Catherine Cortez Masto. (The 4th District has a mix of minority voters, although white voters remain the majority.) But Oceguera said the demographic and gender issues aren’t going to affect his campaigning.

“I’m sure there will be some play as far as that goes, but we want to talk to all the Nevadans in this district,” he said. “I mean, this is a diverse district, from North Las Vegas to Summerlin to Ely. It can’t be more diverse than this district. So I think relying on just talking to one demographic group would be a mistake and we’re not going to do that. We’re going to talk to everybody we can.”

On the issues, Oceguera said:

• He’s adamantly opposed to Yucca Mountain, even if some residents of his district (including residents of Nye County, where the proposed nuclear repository would be built) might favor it. That stance contrasts with Hardy, who has called for exploring what benefits the state might be able to get in exchange for hosting the repository.

“In the Northern part of the state, there might be some who would say let’s compromise and bargain on this issue,” he said. “I would say absolutely not, let’s not do that, that we don’t want nuclear waste in our state in any way, shape or form.”

• Jobs are among his top priorities, including raising the minimum wage to around $10.10 per hour. “It’s got to be a living wage,” he said.

• Nevada lawmakers should work with their California counterparts to find money to widen Interstate 15 between Primm and Barstow. (Currently, the road is just two lanes, with the exception of certain portions that have a third lane meant to allow slower-moving vehicles such as trucks to climb and descend steep grades.) The investment would pay off by easing the commutes for Las Vegas visitors, who now sometimes endure eight- or 10-hour commutes to or from the city.

• The federal government should deal with perhaps his most famous potential constituent — rancher Cliven Bundy — by moving to collect the more than $1 million Bundy owes in grazing fees that have accumulated over nearly 20 years. Asked if the government should simply garnish the proceeds of Bundy’s cattle sales, Oceguera said yes.

“In theory, yeah,” he said. “That’s how it would work for me, if I didn’t pay my taxes,” he said. “So some form of that, yes, that’s exactly what should happen.”

Asked if being a firefighter who retired at an early age, as well as a former legislator eligible for a second pension from the state, would harm his image on the campaign trail, Oceguera was unapologetic.

“I’m not going to apologize for being a firefighter for 20 years. I risked my life for the people of this community and the people of this district every day,” he said. “It’s a hard job. Part of the reason that we have early retirement is that it’s a young person’s job.”

Oceguera said he underwent several surgeries on his knee and one on his shoulder because of on-the-job injuries sustained during his firefighting career. “What I’m saying is, it’s a young person’s job and that’s why we have early retirement. So I’m not going to be apologetic for leaving when I was allowed to and playing by the rules as they were set out,” he said.

Most recently, Oceguera has worked as a lobbyist and political consultant with the firm Strategies 360, along with former Assemblyman Marcus Conklin and former legislative Democratic caucus director Lindsey Jydstrup.

UPDATE: The National Republican Congressional Committee didn’t miss many potential slams in their very short statement on Oceguera’s entry into the race:

“Lobbyist John Oceguera has already run one failed congressional campaign and is now at it again, adding his name to an already crowded Democrat primary. Whoever emerges as the eventual Democratic nominee will be bloodied, broke, and playing catchup to compete in the general election.”