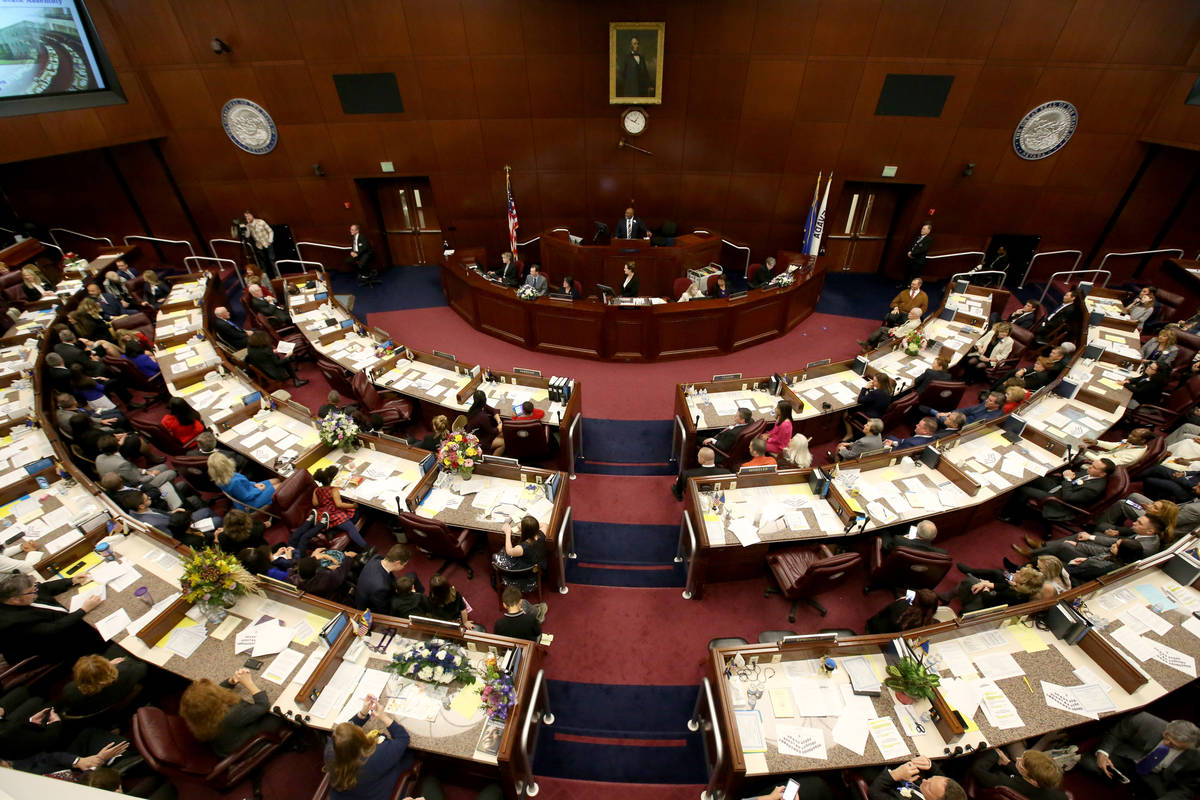 Nevada has seen big deficits before, but nothing this big.

Nevada has had high unemployment in the past, but it’s now twice as bad as it ever was.

And what are we going to do about it?

That’s the fundamental question for Gov. Steve Sisolak and the Legislature as they confront the economic downturn that resulted from shuttering casinos and nonessential businesses to flatten the coronavirus curve.

But saving lives by staying home for Nevada comes at a cost — and that cost is big.

Jeremy Aguero, principal of the firm Applied Analysis, pegs the state’s budget deficit in the current fiscal year at $700 million to $900 million. Next year, it’ll be even worse: $1.4 to $1.9 billion, with a “B.”

The coronavirus-induced financial crisis makes past budget shortfalls look like nothing. This one is “off the charts. Nothing even comes close,” Aguero says.

It’s understandable when you consider that 43 percent of the revenues that make up the state’s general fund are tied to gaming and tourism, and that those industries have been essentially shut down since March 18. That’s never happened in Nevada since gambling was first legalized in 1931.

In the Great Recession, hotel occupancy fell to the low 70 percent range. After COVID-19, it’s at zero.

At the same time, state unemployment isn’t just high — it’s higher than it’s ever been. According to Aguero, the recession drove Nevada’s unemployment rate to about 14 percent. Now, we’re closing in on 29 percent, more than double the darkest days of the recession. One in four private-sector employees has been displaced from his or her job.

That does two things simultaneously: Reduces state revenue generated by the payroll tax and increases demand on the state’s unemployment trust fund. Sustained long-term unemployment will eventually empty that account and force the state to borrow from the federal government to pay claims.

(The $2.2 trillion federal relief is helping somewhat, extending and expanding benefits. But that, too, is tax money, every dollar of which adds to the national debt, creating another problem for another day.)

So what do we do?

The state can’t raise taxes. Not only is it impractical in a time when businesses have been closed (and will reopen slowly, at about half capacity, as Sisolak announced at a news conference on Thursday), but it’s also not politically feasible. How can the Legislature ask people to pay more in sales taxes when so many of them have been out of work? Or how can lawmakers tap businesses when they have been closed?

Some have suggested an increase in mining taxes, but those are capped by the state constitution. Others have suggested eliminating or reducing the property tax abatements that most homeowners enjoy under caps passed during the pre-recession housing boom, which have depressed government revenues ever since. But that faces the same political hurdles.

There will be the usual budget gimmicks — emptying the rainy day fund, sweeping other funds, moving money from next fiscal year to this one. But those sleights of hand can’t make the deficits disappear.

By the same token, cutting budgets isn’t a good option either: In the general fund, 35 percent of revenues are devoted to K-12 education, another 33 percent is devoted to health care and human services and 15 percent is dedicated to higher education. No matter how narrowly the cuts are drawn, there will be no way to avoid impacting a critical service that Nevadans rely upon every day.

That doesn’t mean the state won’t have to consider options, such as furloughs for state workers, which happened in the recession.

Against this backdrop, the promise of federal aid in the latest coronavirus relief bill is not only welcome, but critical. “If it doesn’t come, it’s going to dramatically change the calculus,” Aguero says.

And then there are the unknowns: When will casinos reopen? How quickly will business return? (Nearly half the people in The Nevada Poll said they would be somewhat or very uncomfortable about going to casinos, movie theaters and restaurants right away.) When will large gatherings (big conventions and business meetings) be back? The answers to those questions aren’t knowable, which makes building budgets even harder.

Aguero remains optimistic — “I believe in Las Vegas” — he says. And he’s not alone. The city has indeed survived some tough times. But Nevada has never seen times like this before, and none of the old playbooks provide any clues about navigating the new reality.