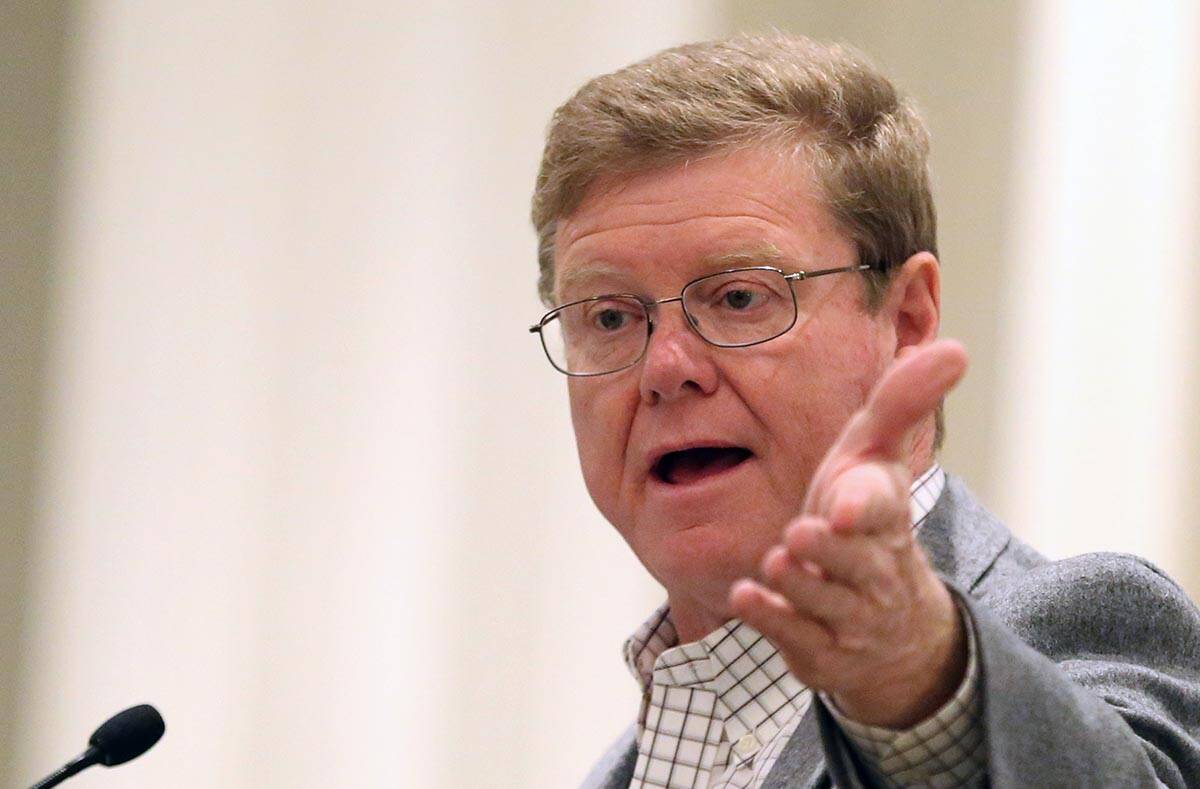 Rep. Mark Amodei won’t be running for governor of Nevada in 2022, which proves he’s the smart one in the GOP field.

Amodei would have added some pragmatic experience to the field, along with an acute knowledge of the Republican path to victory in Nevada: Lose Clark County by a little, and win the rest of the state bigly.

That’s the way Secretary of State Barbara Cegavske — the only remaining statewide elected Republican in captivity — won her most recent race in 2018. But that was before Cegavkse presided over an accurate 2020 election that many other Republicans claim was stolen, so she’s not so much a role model anymore.

“The door’s wide open for all comers, which is obvious because just about all have come,” Amodei said in bowing out of the race. He also allowed that he’d have to quit Congress in order to properly mount a campaign for governor, and who would want to give up the respect of a grateful nation for one’s honorable service?

But Amodei’s road map still holds and could still be a guide for some of the remaining candidates in the race. Lombardo, Fiore and Lee have their political base in Clark County, so limiting a Democratic victory to no more than 50,000 votes south of Horse Road may not be a problem.

Heller should have little trouble winning the rurals, although in his last go-round, he lost Washoe County to Jacky Rosen by more than 6,000 votes, which is not good when the Republicans held a registration advantage of more than 5,000 votes at the time.

Amodei also probably didn’t want to play the GOP’s favorite primary game these days, More Trump Than Thou. Up until Fiore dismounted her Ford pickup in the desert and began plinking away at Critical Race Theory beer, it was Joey Gilbert who was the Trumpiest of them all, “Trump from the jump” as he put it during an exercise video/campaign announcement.

These days, all Republicans want to use the Trump fuel to propel their candidacies to victory without actually embracing Donald Trump himself. In that way, the ex-president is not unlike nuclear fuel rods: properly channeled and contained, they’re an emissions-free, powerful source of energy, but you don’t want to get any on you.

But Virginia! Surely the defeat of the fresh-faced Terry McAuliffe — who has been in politics only since the Clinton administration — portends the defeat of Gov. Steve Sisolak.

Not so fast, people. Remember your Big Book of Political Cliches, especially No. 4, “a year is an eternity in politics.” And if you cover politics as your job, it sure seems that way.

The Review-Journal’s Bill Dentzer reported last week about some of the myriad differences between McAuliffe and Sisolak, and we’re not just talking about a good driving record. Not only could many things change between now and next year — think the economy, especially in rebounding Las Vegas — but none of Sisolak’s main opponents is the fresh face that Virginia’s Gov.-elect Glenn Younkin was. (The closest analogue is businessman Guy Nohra, whose campaign hasn’t really taken off, in that few know there’s a person called Guy Nohra who’s running for governor.)

Still, there’s a powerful argument for the GOP, one only Lombardo has articulated well so far. With Democrats in control of almost all state offices, and about to redraw legislative district boundaries to ensure that hegemony continues for at least the next decade, what might happen if a Democrat is re-elected governor?

This is where the fertile field of Republican imagination is most vivid, fearing what Democrats may do if the wheel chocks of the modern GOP are taken out of the way. What taxes will be passed? What traditional Judeo-Christian holidays will be canceled? What historical truths might creep into our children’s education? (That last one’s a joke; based on recent test scores, nothing is really creeping into our children’s education.)

So Amodei will miss all the fun and have to settle for a measly appropriations subcommittee chairmanship should the Republicans take over the House. He, like the rest of us, can watch from afar as the remaining candidates remind us that most everyone who seeks high office should probably be disqualified from it, on that basis alone.