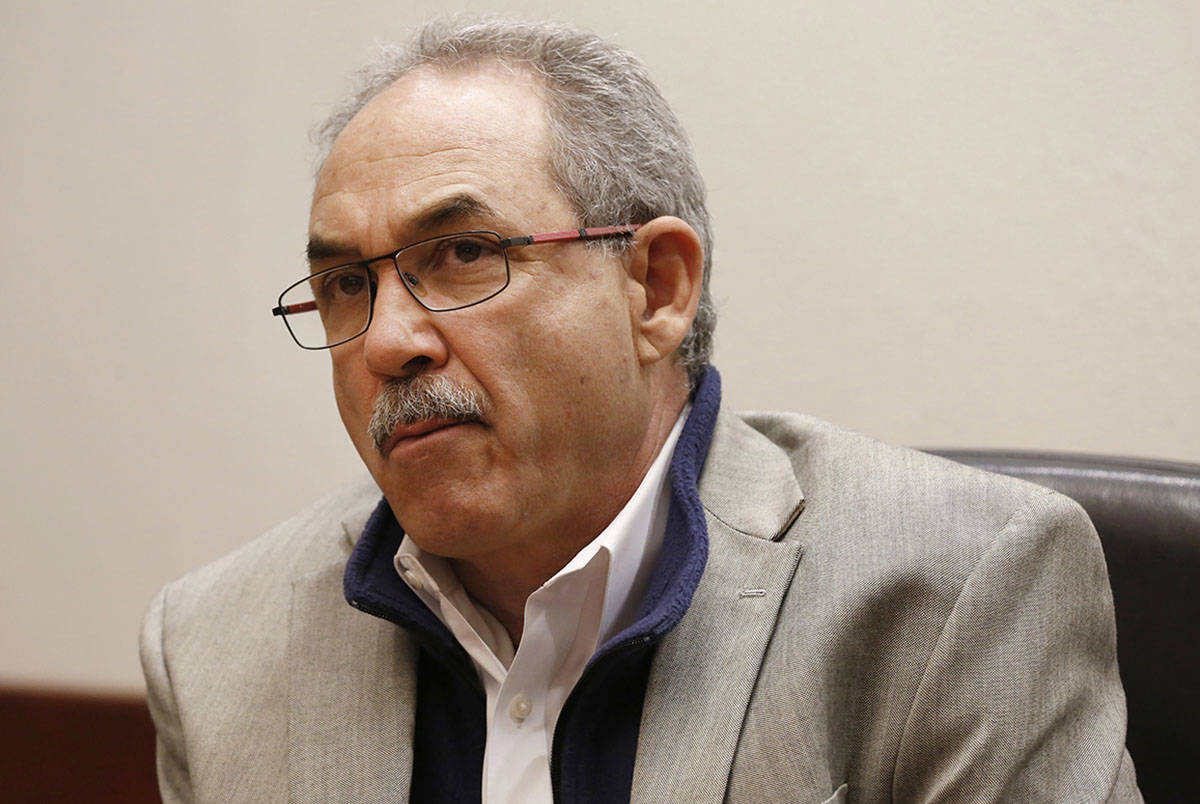 The Clark County Education Association had no idea how much the world would change when in January it announced a pair of ballot initiatives to increase taxes.

The union had no idea the world would face a global pandemic, business-closure orders that shuttered the Strip and layoffs that would send unemployment skyrocketing and state revenues plummeting.

It had no idea the pandemic would spark a budget-cutting special session in the summer or calls from Gov. Steve Sisolak for additional 12 percent cuts in the coming two years.

It had no idea that Democrats — just one vote shy of a two-thirds supermajority in the Legislature — would lose seats in the 2020 election, requiring at least some Republican votes to raise taxes.

The teachers union has long said education is underfunded and that lawmakers have failed to make the bold changes necessary to boost school funding by the $1 billion the union thinks is necessary.

After spending more than $1 million on a signature-gathering campaign, the union got far more signatures than needed for its initiative, one that would raise a portion of the state’s sales tax by 1.5 percentage points and another that will add a new tier to the state’s gaming tax, bringing it to 9.75 percent.

“CCEA expects that the certification of the Strategic Horizon Campaign initiative petitions will stimulate a discussion in the 2021 Nevada Legislative Session on the future of Nevada’s economy and how strategic investments in education, workforce development and economic diversification can and will change the future of Nevada for the better,” a news release put out by the union reads.

Oh, it will stimulate a discussion, all right, with plenty of colorful words directed at the union and its combative chief, John Vellardita.

The union isn’t entirely wrong. Poor educational performance is a factor in Nevada’s efforts to attract business here, and student success depends greatly on having a well-qualified teacher in the classroom.

The problem is political and practical.

First, despite the state’s financial struggles, raising taxes is hard. The Legislature needs two-thirds to do it, and Republicans are going to be reluctant to go along with any tax increase, at least unless they get some serious concessions from Democrats.

Second, voting to raise sales taxes on people, many of whom have been thrown out of work through no fault of their own, is politically dangerous. Nevada’s economy may get a boost when the coronavirus vaccine is widely distributed, but full economic relief isn’t coming anytime soon.

Raising taxes on casinos is a little easier, but they, too, have felt the brunt of the coronavirus. Casinos were shuttered for nearly 80 days and currently are capped at 25 percent occupancy. People aren’t going to feel safe returning to Las Vegas until most of the population is vaccinated, and even when they do return, they may not spend as much.

But the union isn’t concerned with the Legislature’s political problem. That’s why it decided not to ask nicely, but to demand forcefully.

The Legislature has 40 days from the start of the session to enact either of the two taxes. Even if a grand bargain involving GOP votes were to be struck, it’s not likely to come early in the session, but at the eleventh hour.

But if these two initiatives aren’t passed in 40 days, they automatically go to the 2022 ballot, where voters get the final say. The union may be counting on the fact that things will have returned to normal by then, the pandemic a fading, unpleasant memory.

The standard playbook in these circumstances calls for building budgets all session long with dramatic and deep cuts, and then striking a deal at the end to avert austerity once everybody has had a good look at the damage that will be done.

But the teachers union has upended that playbook and ensured taxes will be the topic from Day One. Whether Democrats and Republicans will be able to find a compromise is still an open question; that they will be forced to try is not.

The union didn’t know what the world was going to look like when it started this process. But then again, it didn’t really care.