In the wake of what may be Nevada’s last presidential caucus ever, we’ve learned a couple of things.

First and foremost, we’ve learned slightly less than half of Nevada Democrats still love Vermont Sen. Bernie Sanders. He won 47 percent of state delegates in a two-person race against Hillary Clinton in 2016. And while he won almost exactly the same share of the vote this year — 46.8 percent — he did it running against five other high-profile opponents.

An analysis of the numbers shows Sanders won nine Nevada counties that he carried in 2016 and added two more (Clark and White Pine). He also won outright the single county he split evenly with Clinton four years ago (Churchill).

It was only because of Joe Biden’s showing in Clark County (he captured a quarter of the vote here to Sanders’ half) that allowed the former vice president to finish a distant second overall with just more than 20 percent of the vote and save his campaign from a potentially fatal defeat.

Credit goes to Sanders’ Nevada organization, his name recognition and his support across all age groups, including and especially younger voters, with whom his message of a political revolution especially resonates.

Although Sanders won 12 counties and Buttigieg four (with Steyer winning one), and although Sanders and Biden carved up vote-rich Clark County, it would have been interesting to see if Sanders numbers would have held in a two-person race. Would Sanders versus Not Sanders have been as even as 2016? Or could Sanders have amassed even more than he did running against a single, moderate establishment candidate?

Second, we learned the Democrats who used to love the caucus for its party-building, list-creating, voter-mobilizing effects have come now to disdain it.

Some Republicans mocked the Democrats, saying it was proof that they couldn’t run a caucus very well. (Republicans opted to avoid the risks entirely and hold a party central committee vote to bind all GOP delegates to incumbent President Donald Trump.)

The criticism, however, ignores a major fact: Public opinion is now firmly on the side of a primary.

That was apparent in the Review-Journal/AARP Nevada poll, which found 67 percent of likely caucusgoers would prefer a primary, with just 23 percent supporting a caucus.

Gov. Steve Sisolak accidentally got out in front of the crowd when he told the Reno Gazette-Journal on Feb. 17 that it was a “real possibility” the Legislature would replace the caucuses with a primary because of long lines during early voting.

By Feb. 21, however, Sisolak had retreated, telling a reporter, I’ll “leave that up to the Legislature. They come up with a lot of ideas, so I wouldn’t be surprised.”

That was obviously untrue because no Nevada governor has ever believed in leaving any issue up to the Legislature since Nevada became a state.

The floodgates broke when the party’s elder statesman — former U.S. Sen. Harry Reid — spoke. He told the Showtime series “The Circus” that he didn’t like caucuses, a reversal of his longstanding position.

(This, by the way, is one of the hallmarks of Reid’s long and successful political career: the ability to shamelessly and without remorse discard even long-held beliefs the moment they are no longer politically advantageous. His haters hate him all the more for that skill, but it’s part of what made him Nevada’s most powerful Washington representative ever.)

Reid followed up with a statement last Sunday embracing a primary, which cued a chorus of agreement. The party’s chairman, Assemblyman William McCurdy II, embraced the idea. State lawmakers backed it. Sisolak repeated his original stance and endorsed it.

And, just like that, the caucus system became an endangered species in Nevada.

The Democrats are not wrong. Not only is a government-run primary more reliable (county elections officials do this for a living every two years, after all), but it’s more palatable to the public. There’s no waiting in long lines or having uncomfortable conversations about politics with strangers.

And now that Nevada enjoys same-day voter registration and automatic registration at the DMV, the caucus-driven Democratic party-building machine isn’t as necessary as it was in past years, which surely played into Reid’s thinking.

The caucuses, as challenging, frustrating and fascinating as they were to watch, are no more. Long live the primaries! 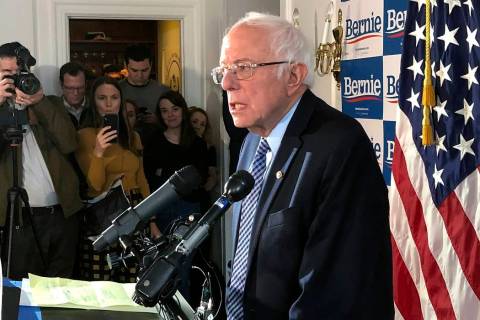