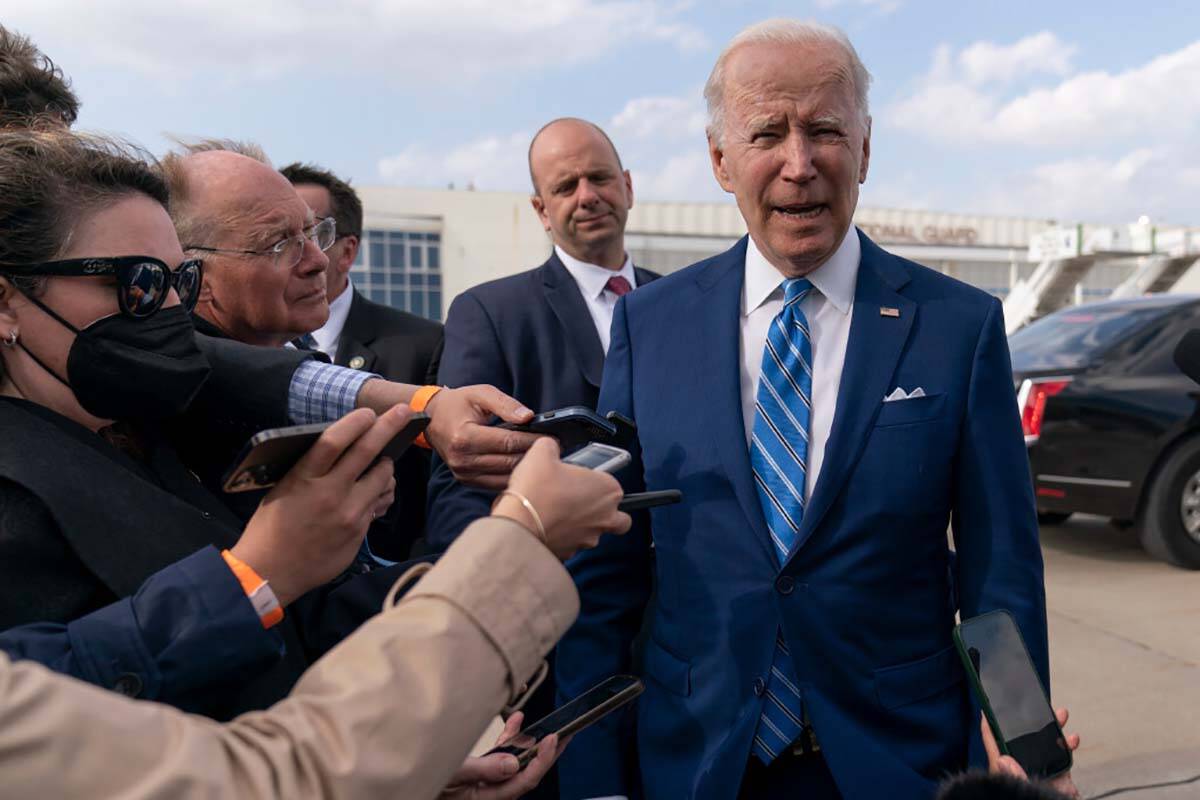 The Left used to accuse imperialist, resource-hungry Yanquis in Washington of cutting selfish deals with illiberal dictatorships in Latin America to grab their natural resources.

How odd then that President Joe Biden is now begging the despicable Maduro regime in Venezuela — corrupt, murderous and anti-American — to produce more of its oil solely to send northward to America.

Biden is quite willing to ease sanctions and ignore the human rights abuses of Maduro — if his dictatorship will just open its oil spigots before the November midterm elections.

Biden in 2020 campaigned on the supposed evil nature of the Saudi Arabian monarchy. Yet after vainly entreating Venezuela, Iran and Russia, it was inevitable that Biden would once again supplicate the Saudis to pump more oil.

Biden even pleaded with OPEC to increase its output and thus lower the world price of energy, again before the midterm elections.

Biden, remember, has a bad habit of bragging that he lowered gasoline prices at the pump when the natural volatility of the petroleum markets leads to a fractional decrease. But once prices spike, he is utterly silent about his own role in limiting U.S. oil and gas output.

So was it any surprise that the Saudis became the fourth nondemocratic regime to refuse Biden’s entreaties? During the 2020 campaign, when gas prices were dirt cheap, and when then-candidate Biden was demagoguing about ending fossil fuel, he opportunistically libeled the Saudis a “pariah” state.

Biden also claimed that his opponent, Donald Trump, had cozied up to these supposedly awful Saudi royals. That accusation was especially ironic given that Trump was the first American president who had no need for Saudi oil. His administration had managed to make the United States the largest producer of gas and oil in history — precluding any energy dependence on illiberal regimes abroad.

Trump was the first U.S. president whose interest in Gulf State monarchies was not energy-driven. Instead, he partnered with the Arab nations to end their hostilities with Israel. The ensuing Abraham Accords saw a historic thaw between the Jewish state and moderate Arab nations — given their shared worries about the unhinged Iranian theocracy.

The Saudis are enjoying the schadenfreude of seeing their former American critic now on his knees, demanding the purportedly dirty, polluting oil produced by a supposed “pariah” state.

In response to their “no,” a desperate Team Biden is getting nasty. Almost immediately the administration raised the idea of a pre-midterm retribution of suing the OPEC cartel as a price-rigging monopoly. It even maneuvered allies in Congress to take action to punish Riyadh for not playing the American pawn.

The American public is repelled as they watch Biden’s pathetic theatrics of global oil begging to help himself in the midterms. They are ashamed that their recently energy autonomous country is now imploring nondemocratic regimes for every drop of their oil, to the extent of threatening former allies and coaxing current enemies.

More bizarre still, the public was once told that Biden and the Left wanted high energy prices. Why else did Biden upon entering office cancel the Keystone Pipeline? Did he not fulfill his green promises to the radical environmentalist Left by shutting down oil fields in the Arctic National Wildlife Refuge?

Did Biden not dutifully hector lending agencies, pensions funds and money managers not to loan to or invest in oil and gas companies?

Did Biden not issue fewer new energy leases on federal lands than any prior president?

Was it not Biden on the eve of the Ukrainian war who jawboned the Europeans to reject the EastMed pipeline? That project was a much-needed joint effort by three of our closest allies — Greece, Israel and Cyprus — to bring clean-burning natural gas to an energy-starved Europe.

In sum, did not Biden brag to the Left that he kept his campaign promises to strangle fossil fuels — both curbing supply and spiking prices — to hasten the “transition” to wind, solar and batteries?

Why then is Biden humiliating Americans by playing the hard-nosed, ugly American? Why is he demanding foreigners pump what we ourselves have in plentitude but will not fully produce?

The answer, of course, is raw politics.

Biden knows he wrecked the economy by deliberately surging oil prices in pursuit of the Left’s utopian green nightmare. Or put another way, if it is a question of avoiding a historic midterm wipeout, Biden will now do anything. And that anything means all the human rights sermons about ostracizing “pariah” states such as oil-rich Iran, Saudi Arabia and Venezuela go out the window.

In winter 2021, Biden lectured us that fossil fuels were dirty obstacles to our green future. In winter 2022, Biden believes that he can strong-arm his enemies to send us more of such taboo energy that we won’t produce ourselves.

Good luck with all these utter absurdities.