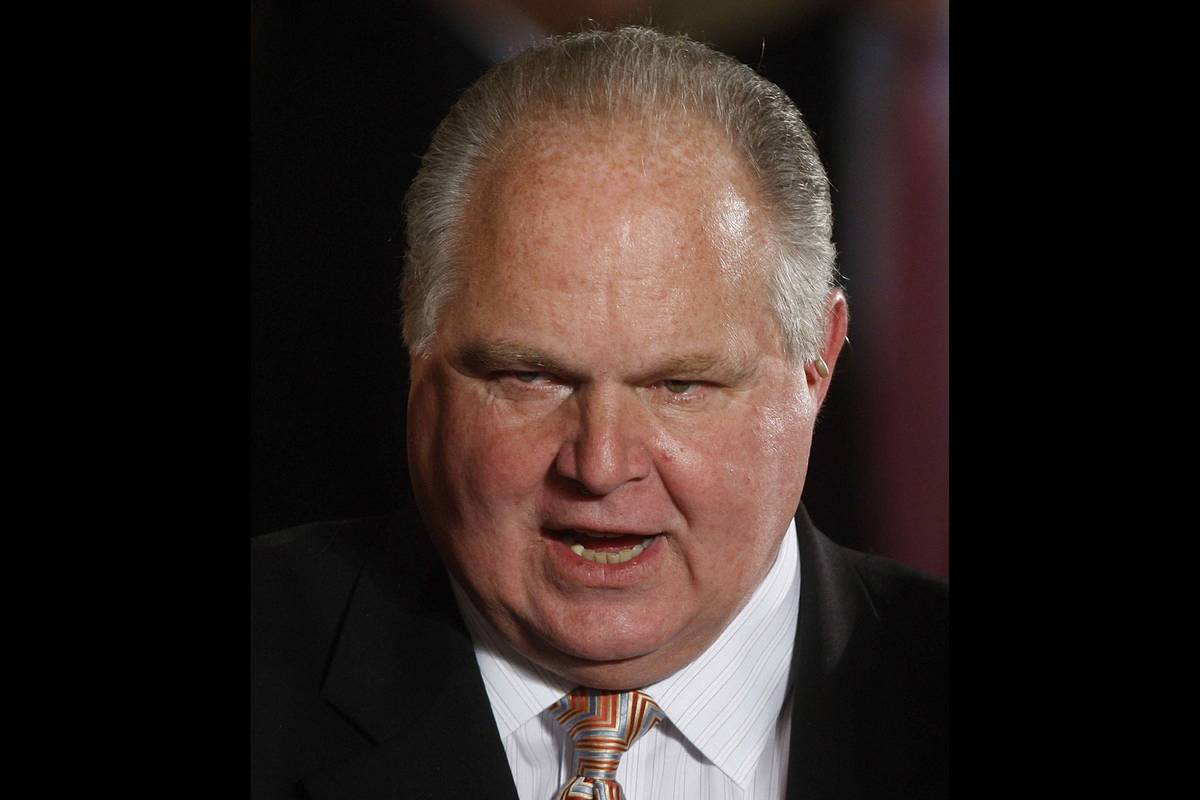 Rush Limbaugh created modern national talk radio as we now know it. For more than three decades he kept at rapt attention — live from noon to 3 p.m. on weekdays — the largest conservative audience in broadcast history. More than 15 million each week.

This month, 32 years and more than 23,000 hours of on-air commentary after he went national in August 1988, Limbaugh died of lung cancer at age 70.

Limbaugh had an uncanny sense of what conservative populism could do — such as abruptly end Barack Obama’s control of Congress after just two years in the sweeping tea party midterm election of 2010. He also instinctively sensed what it should not do: endorse Ross Perot’s quixotic third-party surge of 1992 that eventually would split the conservative vote and ensure Bill Clinton the presidency with just 43 percent of the popular vote.

Limbaugh was a master comedian. His pauses, intonations and mock tones were far funnier than those of our contemporary regulars on late-night television. He was a gifted mimic, an impersonator, with as wide a repertoire as masters of the past such as Vaughn Meader, David Frye and Rich Little. Yet Limbaugh worked mostly behind the microphone, without the aid of an onstage presence.

During the 2009 Republican depression over the Obama craze, it was a lonely, much caricatured Limbaugh who revived Republicans. He famously announced — to the furor of the left and the chagrin of what within a decade would become the Never Trump right — that he wanted the newly inaugurated president and his agenda to “fail.” At the time of such heresy, a deified Obama was gloating over the Democrats’ “elections have consequences” control over the House and Senate.

Limbaugh was a natural impromptu speaker. He could rev up a crowd in the fashion of a Ronald Reagan or Donald Trump. He was also an actor, but in part because he read widely, prepped constantly and outworked his opponents.

The cheap postmortem attacks on Limbaugh were as expected as they were tasteless. In his thousands of hours of live broadcasting, did he on rare occasions say the wrong things? He admitted that he had, regretted it and often apologized for it.

He certainly never took out progressive insurance — the kind of occasional triangulation with the left that wins some conservatives exemption from the cancel culture.

Last week, many would have preferred to read less about what Limbaugh had apologized for and more about the apologies Joe Biden never offered for his lifelong compendium of racial insensitivity and prejudicial bombast — all to be contextualized in service to his “correct” thinking.

Limbaugh’s canon was never to talk down to or insult the base. It was natural for him because he grew up with, knew intimately and felt most comfortable with traditional middle America. Deplorables and clingers trusted him to stay Rush. They were assured there would never be a sudden about-face, confessional or sellout. Limbaugh knew how to golf with the rich but also knew what it was like to be fired often and unemployed with the deplorables.

He grew increasingly frustrated that the naive right never fully understood the mind of the left. In “Groundhog Day” fashion, conservatives, he believed, became shocked on cue that any means were not just necessary for the left but ethically justified, given that the ends were global justice delivered by supposed moral superiors.

For someone with a reputation for mockery, I never heard Limbaugh in private or in correspondence fixate on his enemies or blast his former friends. Mostly he laughed them off, and instead turned to what he told hundreds of those who knew him: “How can I help you in any way?”

Limbaugh was confused by the Never Trump Republican virulence. He had dutifully fought for the four Bush election bids. He had loyally supported their three combined terms. And he tried to empower the failed McCain and Romney efforts. His theory was that after the primaries were over, winning 50 percent of what you wanted in a general election was better than nothing.

The amnesiac Never Trumpers didn’t just fail to return the courtesy, he believed, but never even worried that they should have.

Limbaugh’s was a quintessential American success story. It is impossible to imagine any other country producing either him or his career. We are mourning for Rush, but also for ourselves. We are going to miss him and need him more, not less, each day that he is now silent.