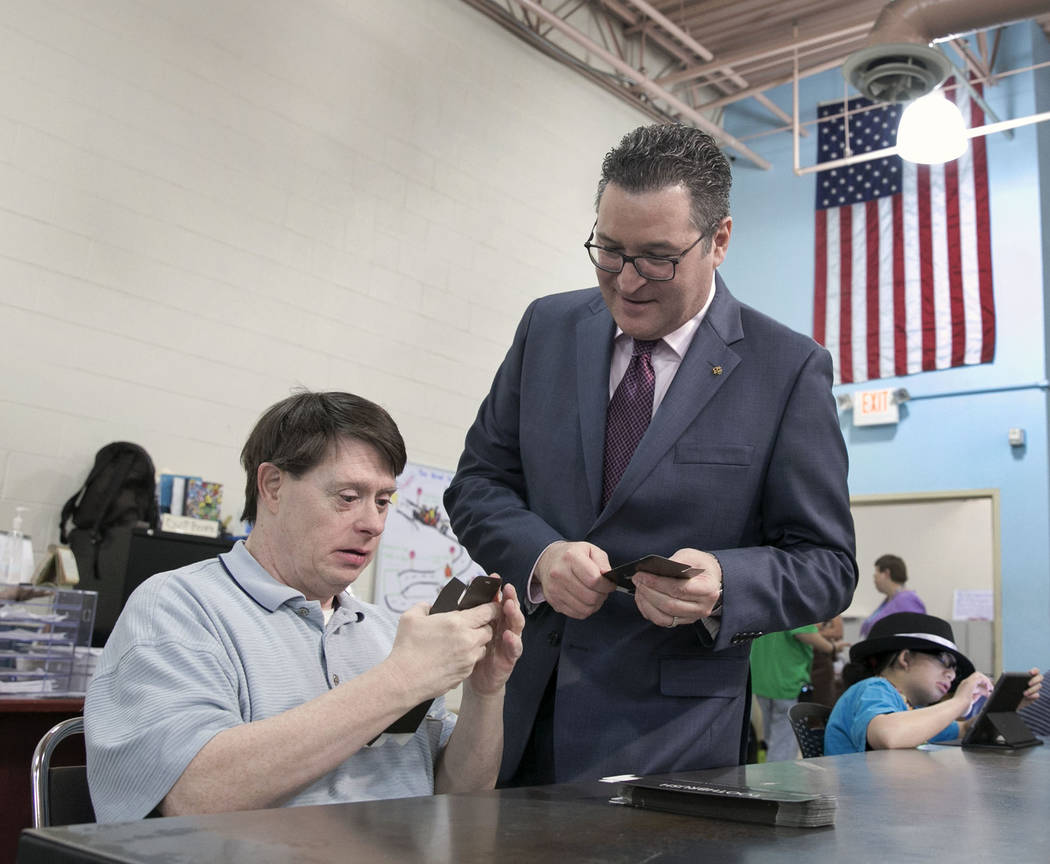 Eliminating the subminimum wage will end training and work opportunities for some members of the disabled community. Instead of doing something productive, they would be stuck in adult day care. That’s according to Tracy May-Brown, Opportunity Village’s director of advocacy, board and government relations.

The subminimum wage “allows providers — here in Nevada, non-profit jobs and day training providers — to engage people in a training activity when they’re not yet ready to produce at an industrial level or would not have access to competitive employment without specialized supports,” May-Brown said while filming Nevada Politics Today.

“It’s a really narrow band of people that we’re now seeing have access to some type of productive activity through training under our special wage certificate. But [it’s] not for the mainstream people who have any type of physical disability.”

Being able to pay the subminimum wage is “a tool to engage people in productivity,” she said. “To help them be more tomorrow than they were today. Without that tool — without that training opportunity — people just wouldn’t be engaged in productivity. There would be no gainful activity. They would be relegated to adult daycare, which is an activities-based program. The people that I serve have said out loud, ‘I don’t want to go to daycare. I want to be productive. I want to be engaged.’”

Working in a jobs and training program isn’t like a traditional job, said May-Brown.

“People will get hurt. It’s really as simple as that,” she said about the proposal, which died recently after failing to pass out of committee.

“If jobs and day training providers are required to pay at least minimum wage to provide a service to someone who has a significant barrier to employment, then that employment — that training opportunity — will disappear,” she said.

At a hearing on the bill, proponent Erik Jimenez, who has a disability, said, “No one should have to look in the mirror and say, ‘I’m not good enough for the minimum wage.’”

May-Brown said she believes Jimenez has a college degree and that the subminimum wage exception “would never apply to a person like Mr. Jimenez.”

Part of “his statement really hurt the parents and family members … who have worked tirelessly to help the people with disability in their lives be successful,” she said. “There was a lot of emotion attached to that particular statement, because no parent, no person and no provider that we are aware of in Nevada ever wants anyone to feel like they’re less than anybody else.”