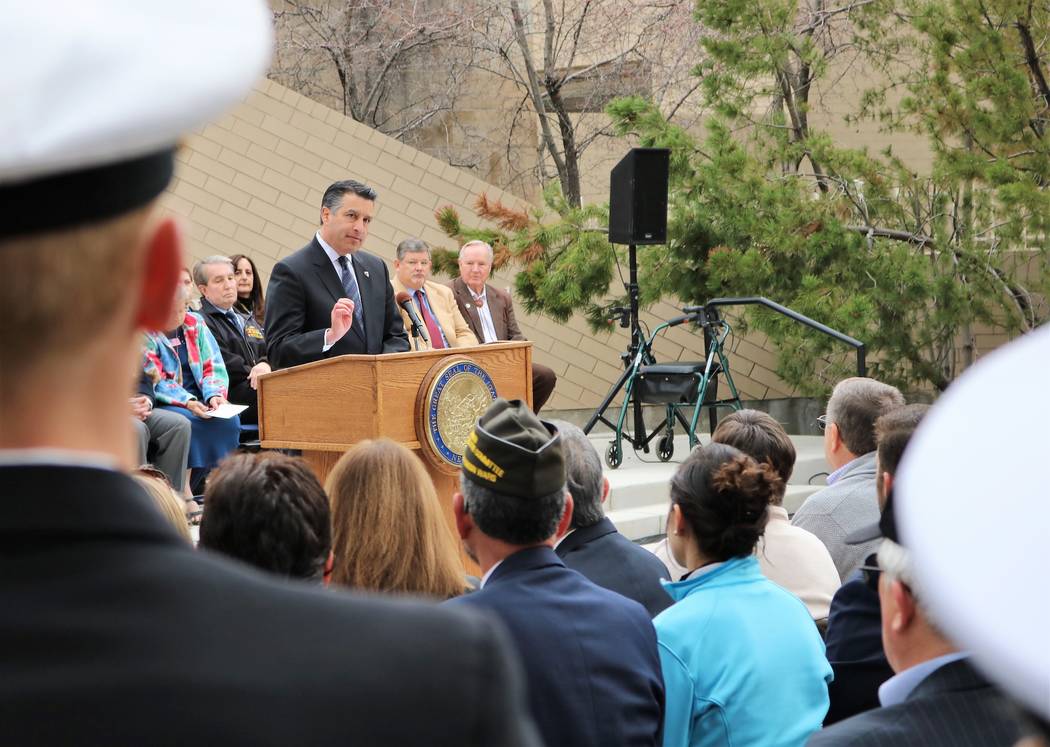 Gov. Brian Sandoval emphasizes his commitment to make Nevada the most veteran friendly states in the nation during a speech kicking off 2017 Veterans and Military Day at the Legislature, Wednesday, March 15, 2017. (Victor Joecks/Las Vegas Review-Journal) @victorjoecks 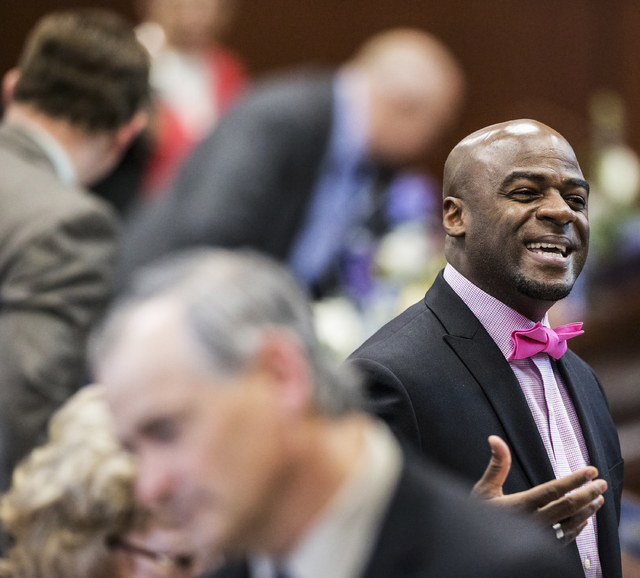 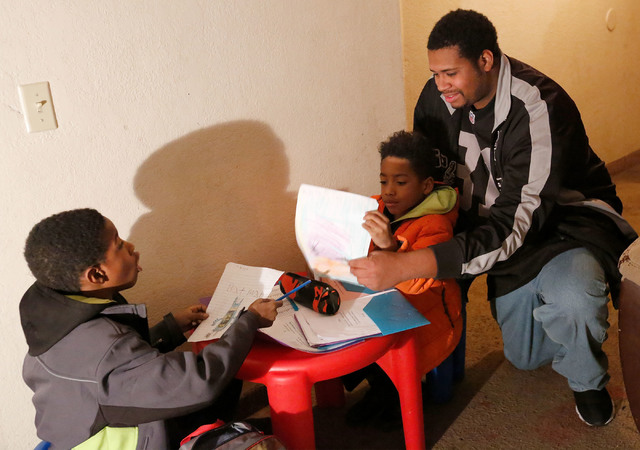 Gov. Brian Sandoval is winning so much in Carson City that he’s got to be getting tired of winning.

It doesn’t seem that way if you just listen to hearings on Democrats’ attempts to roll back Sandoval’s signature labor and education reforms, raise the minimum wage to $15 an hour or hike property taxes. But looking toward the end game shows that Sandoval is poised to get what he wants in his final session. That starts with preserving the reforms passed two years ago.

Democrats and their union allies hate those changes, but they have a math problem. While Democrats have majorities in both houses, they lack the ability to pass legislation without Republican support. Either they need Sandoval’s signature or Republican votes in the Assembly and Senate to get the two-thirds majorities needed to override Sandoval’s veto, which isn’t happening.

I thought Sandoval would be the weak link in Republican defenses. I was wrong. Departing from six years in which his office generally didn’t comment on legislation before it reached his desk, Sandoval spokeswoman Mari St. Martin has issued statement after statement condemning Democrat proposals to undo reforms passed on Sandoval’s watch.

Part of this makes sense. Much to the chagrin of conservatives, the reforms Republicans passed two years ago — when they had unified control of state government for the first time in decades — were extremely modest. Instead of rolling back collective bargaining for government employees, they eliminated evergreen clauses and tinkered with union leave time.

Sandoval oversaw compromises like these, but Democrats aren’t keeping their side of the bargain. In presenting SB356, which would undo collective bargaining changes passed in 2015, bill sponsor Sen. Kelvin Atkinson, D-North Las Vegas, said last week, “You can’t keep a promise on a bad deal. This was a bad deal, and it should be fixed.”

It figures that type of double-dealing would annoy Sandoval. While most politicians don’t put that sentiment on the record, Republican lawmakers have fumed all session at Democrats for bills that reflect that attitude.

Whatever the reason, insiders say that Sandoval is more than ready to use his veto pen. He’s actively seeking input on bills to veto and has already vetoed Initiative Petition 1, which would have automatically registered everyone getting a driver’s license.

Usually, Democrats could rely on a grand bargain toward the end of May to give them leverage, but what can Democrats give Sandoval? He got what he wanted in 2015. The biggest bargaining chip Democrats have is providing $60 million in funding for Education Savings Accounts, a school choice program for thousands of Nevada families.

I’m hopeful, though not convinced, that Sandoval will demand ESAs. But he’s not giving away the store regardless — especially when he could veto the budget and set the agenda of any special session.

Ironically, it’s Democrats who need to hope Sandoval really does want ESAs. Without ESAs, they have no leverage to protect even the most minor of reform rollbacks from Sandoval’s unflinching veto pen.

I don’t know what Sandoval’s victory dance looks like, but unless he’s already worn out from winning, he’d better be practicing it.