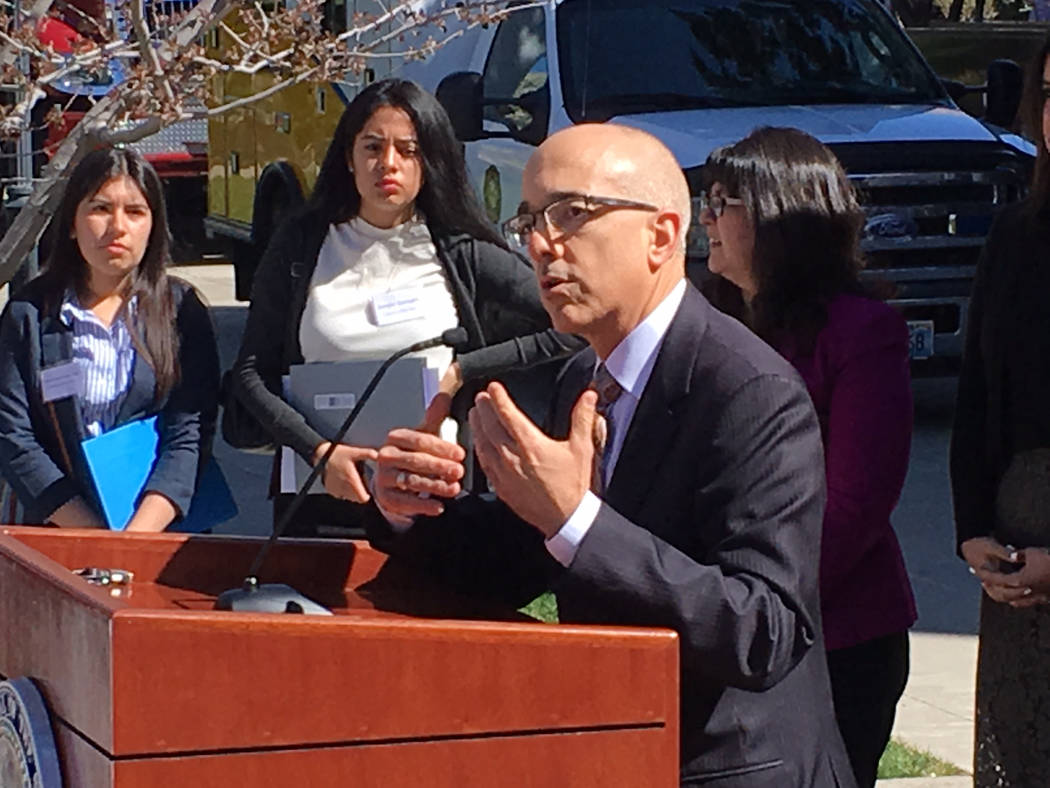 The top priority for Nevada education is overhauling the Nevada Plan. There isn’t going to be a tax hike to fully implement weighted funding, and Read by 3 needs to be modified. That’s all according to Sen. Mo Denis, who will chair the Senate Education Committee. Denis also said he doesn’t now support extending $20 million in tax credits for the Opportunity Scholarship program.

“The number one thing we’ve got to do is fix how we allocate the funds, which is Nevada Plan,” said Denis while filming Nevada Politics Today.

“Does it make sense for the Nevada of today?” he continued. “When the Nevada Plan was created in 1967, I was a first grader at Robert E. Lake Elementary School. I think it’s time that we replace that and do it with something that works for Nevada today. That doesn’t mean that we have to increase any money, just how we allocate it. We need to look at what is available today.”

Completely implementing weighted funding would cost billions over the biennium. Asked if he’d purse a tax increase to pay for it, Denis said, “I don’t see that happening.” Instead, “we need to look at what is available today. If there’s anything that can be increased, we’ll look at that.”

In revising the Nevada Plan, Denis said he wanted a system that he could explain “in 30 seconds or less.” Denis said he supports continuing categorical funding, for things like Zoom and Victory Schools, in the upcoming session.

“For now, we need to continue the good things that we’re doing, put in place the new plan, which will ultimately over time increase funding,” he said.

Asked about Read by 3, Denis said he supported retaining third graders who can’t read in some circumstances.

“I support the fact that we need to have kids reading by grade 3,” he said. “If we’ve done everything that we could possibly do — giving them the resources and other things — to help those kids, then if we need to hold some of them back then we need to do that. But I don’t want to hold a kid back because of what we didn’t do.”

The retention portion of Read by 3 is scheduled to go into effect at the end of the 2019-2020 school year. Denis said he believes the retention policy “needs to be tweaked” and is concerned about the number of students who’d be held back under current standards.

At the end of the last legislature session, legislators passed a one-time $20 million increase for the school choice program Opportunity Scholarships. Asked if he supported extending the $20 million, Denis said, “I don’t, but I’m not saying absolutely not.”

Denis said, “There are different ways to educate kids. The Opportunity Scholarships is one of those ways that you can help some kids, as we’ve seen in this particular instance. I think the biggest piece with the Opportunity Scholarships is we’ve got to make sure that there’s accountability there to see what’s really happening with those funds. I think this is the first year that we’re going to be able to get that information and see how it’s going. There is a need in some instances to do that. We just have to look at it on a student-by-student basis.”