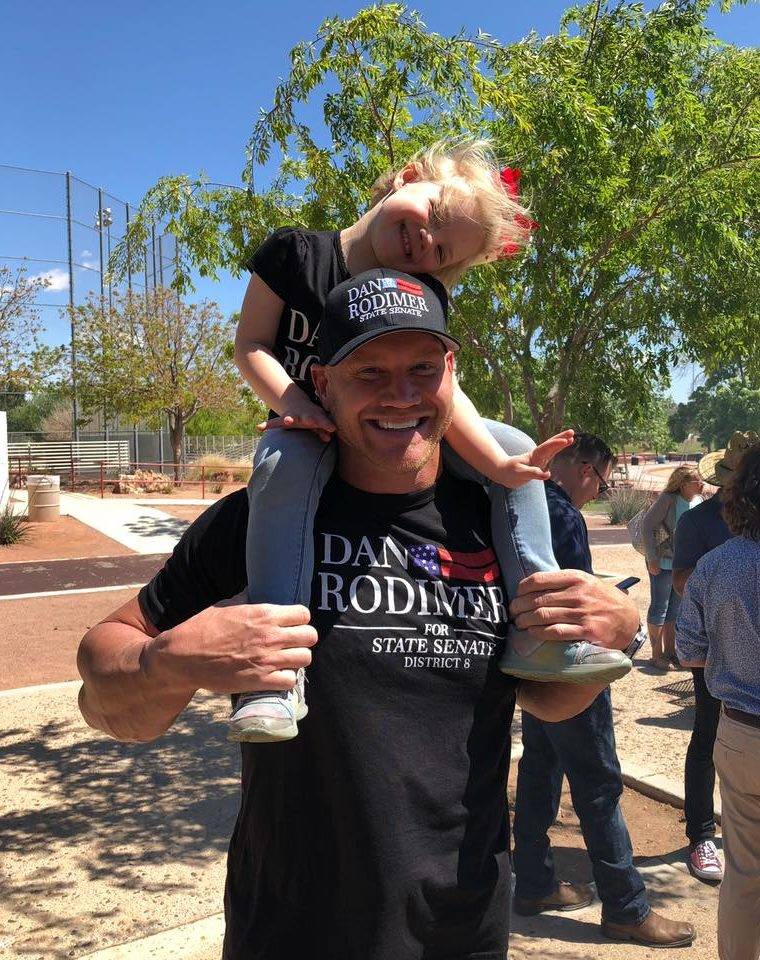 Nevadans need Education Savings Accounts, but not tax increases or new gun control measures. That’s according Dan Rodimer, a Republican state Senate candidate in District 8. Rodimer also said he was unjustly arrested for an incident at a Waffle House where he stood up to a group of men bullying his friend.

“The money should follow the student,” said Rodimer while filming Nevada Politics Today. “The parent should have the choice. The ESA program is awesome.

“We’ve got to have it. At the end of the day, we have got to be able to send these kids to the schools where they can do best at.”

Rodimer hoped that up to 30 percent of Nevada’s children would eventually use ESAs, which would reduce class-sizes in public schools. He also wants a closer look at district finances.

“I want an outside company to come in and audit this,” said Rodimer. “That’s where we’re going to see exactly where the money is.”

The commerce tax is hurting small business according to Rodimer. “Why would you vote on a tax like that? Why do we need it when we have the money there?”

Rodimer opposes calls for additional gun control measures, although he said a bump stock ban was up to the ATF. “I love my guns,” he said. “When I moved here, I love guns even more.

“If you start putting regulations on guns, it’s just going to open the door to do more and more regulations.”

He declined to give his position on the energy-choice constitutional amendment that will be on the ballot in November.

“I don’t know about that,” said Rodimer about adding an amendment to the state constitution. “I think it’s a little extreme.”

“I like options toward it. I think it’s better that we have choices.”

Asked about a 2011 arrest in Florida, Rodimer defended his actions. He said a group of men was bullying a friend of his. He intervened, and the men started poking and pushing him. In response, he pushed one of the bullies. Rodimer said the charges were dismissed after he completed an anger management class.