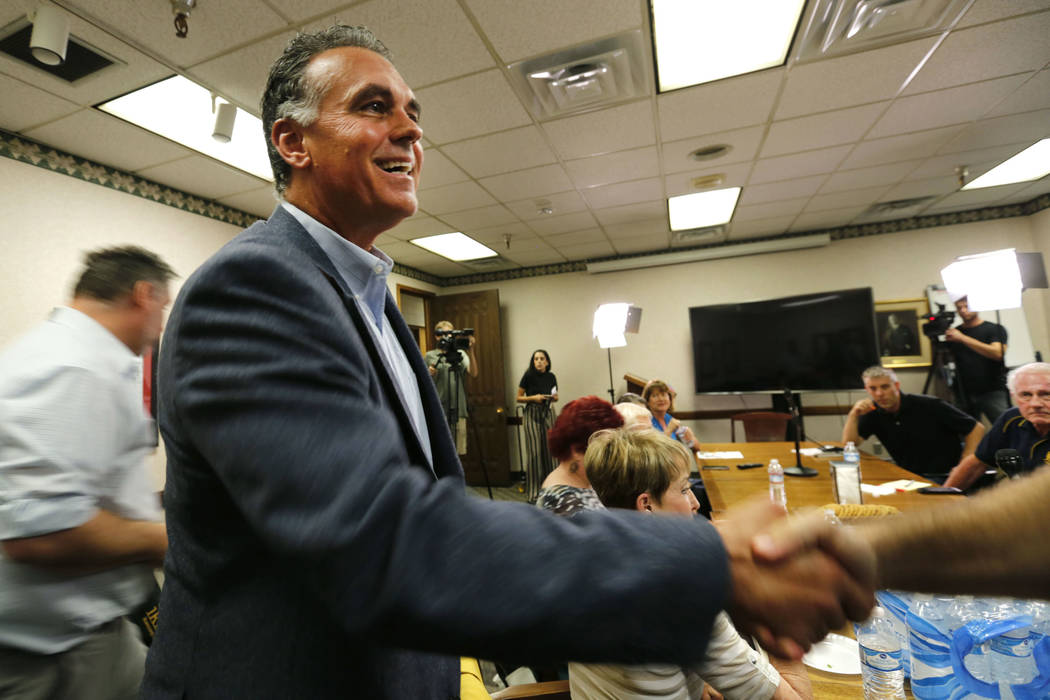 The federal government should create a high-risk pool for individuals with pre-existing conditions. Susie Lee, the Democrat running for Congressional District 3 is against ICE. She’s also ducking debates, despite once challenging her opponent to debate her. That’s all according to Danny Tarkanian, the Republican nominee for CD3.

Congress has “to make health care affordable,” Tarkanian said while filming Nevada Politics Today. “Unfortunately, the Affordable Care Act that was passed by President Obama and the Democrat-controlled Congress made health insurance unaffordable for the people that pay for it.

Those high-risk pools “would have to be subsidized by the federal government. I don’t think you can force that upon the states,” he said.

Tarkanian said he supported securing the border “in the best way possible.” He recently asked Lee to return money from a politician who called for the elimination ICE. Lee refused.

“The Democrat Party wants to have sanctuary cities,” he said. “They want to have an open border and they figure if ICE is there trying to stop that, they’re an impediment to that policy. Susie Lee wants that policy. She was at a rally with signs throughout calling ICE terrorists and so forth. She absolutely is against ICE.”

That’s a stark contrast to Tarkanian’s position. “ICE is one of the most important federal agencies we have, because they are the ones that are protecting us from people that are coming in the country illegally and people that are already here and trying to remove them. Who in their right mind would want to go after ICE?” he said.

“She hasn’t taken any positions except soundbites on any issue you say. We’ll go down the list — on education, health care, the border and so forth. Susie Lee is going to tow the Democrat line. She’s getting all of her money from the national Democrat leaders, including (Rep. Nancy) Pelosi.”

He thinks that’s the reason that Lee has avoided most opportunities to debate him.

“She’s refused every single debate that’s been offered to us, expect one, by a liberal, Republican-hater, but more Danny Tarkanian-hater, Steve Sebelius as the moderator,” Tarkanian said. “I’ve agreed to that. I’m not worried about Steve Sebelius is going to ask me. I say the same thing all the time.”

Tarkanian also said he is ready to file a lawsuit against Lee over her use of a political attack that a jury previously found to be false and defamatory. “Of course, I’m going to sue her, absolutely,” he said. The lawsuit may come after the campaign to allow him to focus on “talking about the issue that the people of Southern Nevada care about.”