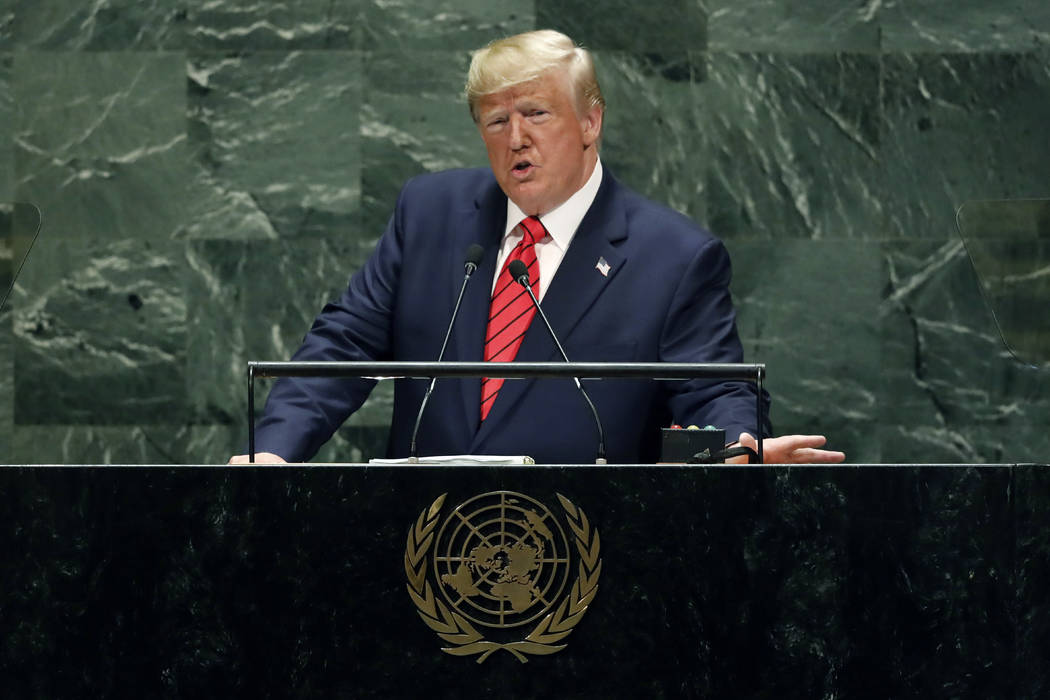 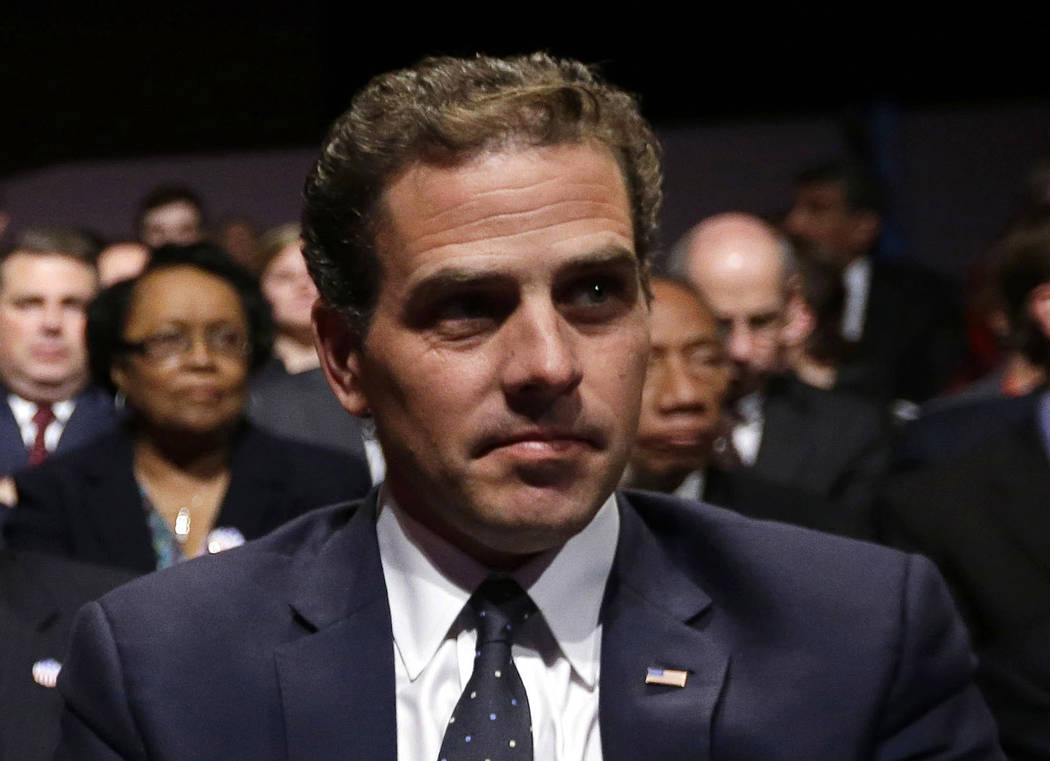 FILE - In this Oct. 11, 2012, file photo, Hunter Biden waits for the start of the his father's, Vice President Joe Biden's, debate at Centre College in Danville, Ky. In 2014, then-Vice President Joe Biden was at the forefront of American diplomatic efforts to support Ukraine's fragile democratic government as it sought to fend off Russian aggression and root out corruption. So it raised eyebrows when Biden's son Hunter was hired by a Ukrainian gas company. President Donald Trump prodded Ukraine's president to help him investigate any corruption related to Joe Biden, now one of the top Democrats seeking to defeat Trump in 2020. (AP Photo/Pablo Martinez Monsivais, File) 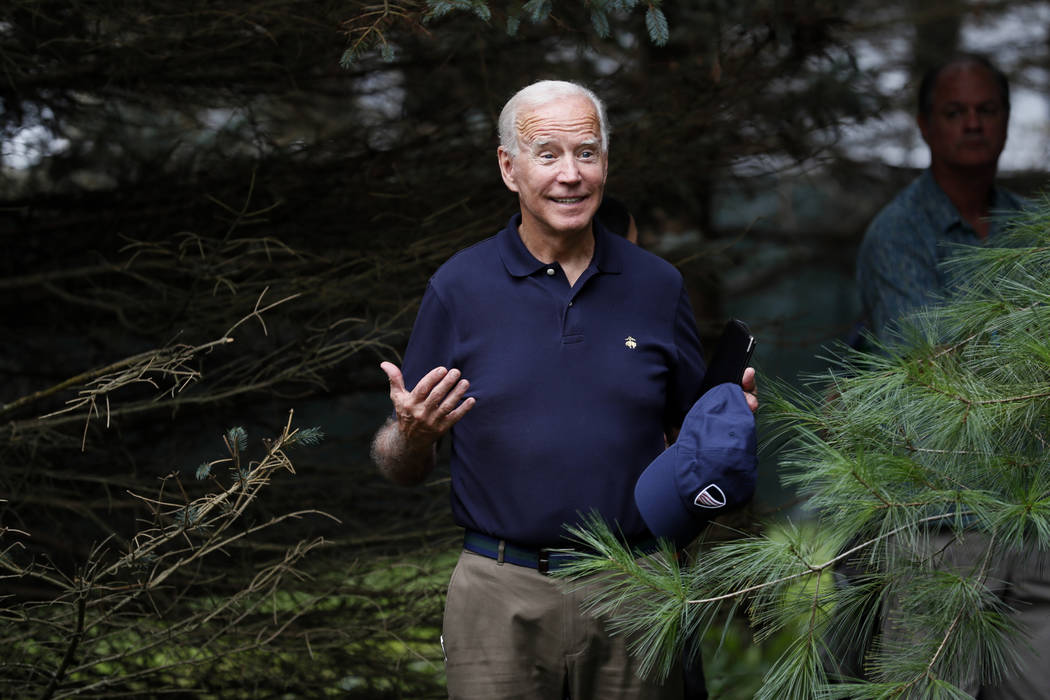 Over the past week, news broke that a whistleblower filed a complaint alleging inappropriate behavior by the president on a call with a foreign leader. The intelligence community’s inspector general deemed the complaint urgent, but the acting director of national intelligence, Joseph Maguire, overruled that decision. Maguire’s decision looks more understandable after CNN reported that the whistleblower didn’t have direct knowledge of the call.

Neither the complaint nor a transcript of the call has been released, but leaks to the media have established a loose narrative.

In July, Trump called new Ukrainian President Volodymyr Zelensky. The United States has been providing financial aid to Ukraine to help thwart Russian aggression. The allegation is that Trump threatened to withhold hundreds of millions in military aid unless the Ukrainians helped his campaign investigate behavior by Biden.

In 2014, Burisma, a Ukrainian energy company, faced allegations of impropriety. Ukraine opened an investigation, which was eventually overseen by Viktor Shokin, who became prosecutor general in 2015.

Normally, that wouldn’t have anything to do with American politics. But Burisma brought a well-connected American — Hunter Biden, Biden’s son — onto its board in 2014. Hunter made as much as $83,000 a month despite not having a background in energy. He left the board in 2019.

Hunter’s value-add seems to have been connections, of which he had plenty.

Shokin, the prosecutor investigating Burisma, wouldn’t have his job for long — thanks to Joe Biden. In March 2016, then-Vice President Biden went to Ukraine intending to announce $1 billion in loan guarantees to help boost the country’s economy. He refused to make the announcement unless Ukraine fired Shokin.

“I said, ‘I’m leaving in six hours. If the prosecutor is not fired, you’re not getting the money.’ Well, son of a bitch. He got fired,” Biden bragged in a 2018 speech.

Both instances should raise eyebrows.

Biden has a conflict of interest — even if his actions were justified, which they may have been. Regardless, if Biden were a Republican, there would have been a media firestorm over this story years ago.

According to The Wall Street Journal, Trump urged Zelensky eight times to help his campaign investigate whether Joe Biden acted improperly. That’s wrong. It’s doubtful Trump explicitly offered quid pro quo, if only because he wouldn’t need to. Undoubtedly, Trump and Zelensky were both well aware that the president was slow-walking the aid money and that investigating Biden would make Trump happy.

Trump has ordered a transcript of his call to be released on Wednesday. Good. Let’s see what actually happened and judge it accordingly. Biden should be so forthright.