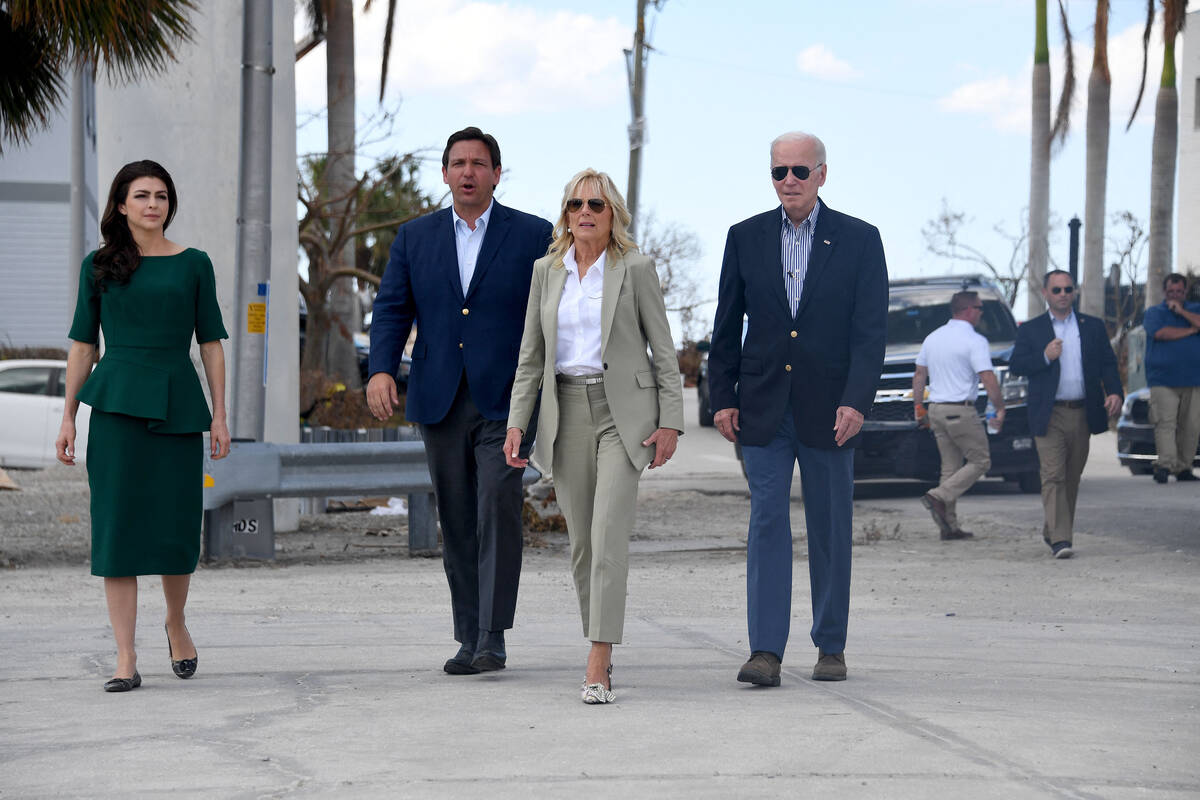 “Governor Joe Lombardo” sure has a nice ring to it. So does “former Governor Steve Sisolak.” But that’s last year’s news. Here are 10 predictions for 2023.

Florida Gov. DeSantis has long been the top challenger to Donald Trump. The former president hoped to scare him off by announcing his 2024 bid last November. It won’t work. Expect DeSantis to formally announce his intentions after Florida’s legislative session ends in early May.

2. So will at least six other high-profile Republican candidates.

Trump’s best chance of winning the nomination comes from facing a divided field. That will happen. Mike Pence, Nikki Haley and Mike Pompeo are essentially already running. Others who are likely to test the waters include Sen. Tim Scott, South Dakota Gov. Kristi Noem and Virginia Gov. Glenn Youngkin.

This may seem impossible given how the national mainstream media spent years vilifying Trump. But as DeSantis looks more like the front-runner, it will happen. The tone will be, “Sure Trump was bad, but even he never did (whatever they want to attack DeSantis for).”

There were more than 2.7 million illegal immigrant border crossings last year. That was more than 1 million higher than the previous record. It’s so bad liberal mayors are complaining about the strain of providing services to illegal immigrants. But the Biden administration won’t fix it, because while President Joe Biden won’t say it, open borders is his plan.

As much as some Republicans may want to go this route, it won’t happen. Their House majority is too slim.

I wrote last February that Las Vegas is in a housing bubble. Yep. That bubble burst, and the median home price here will fall under $400,000 before year’s end.

A major campaign issue for Lombardo was the Democrat policies that protected criminals, leading to more crime. I think Democrats will agree to change school discipline policies but not to overhaul their 2019 bill gutting criminal penalties.

He’s the front-runner now, but he’s floundering badly. Voters — correctly — partially blame him for the GOP’s poor performance in 2022. That made him look even more unelectable. DeSantis’ polling is on the upswing. Trump is lashing out erratically. On Monday, he attacked pro-life voters. If he trails consistently in polls, I think he’ll find a reason to bow out rather than lose.