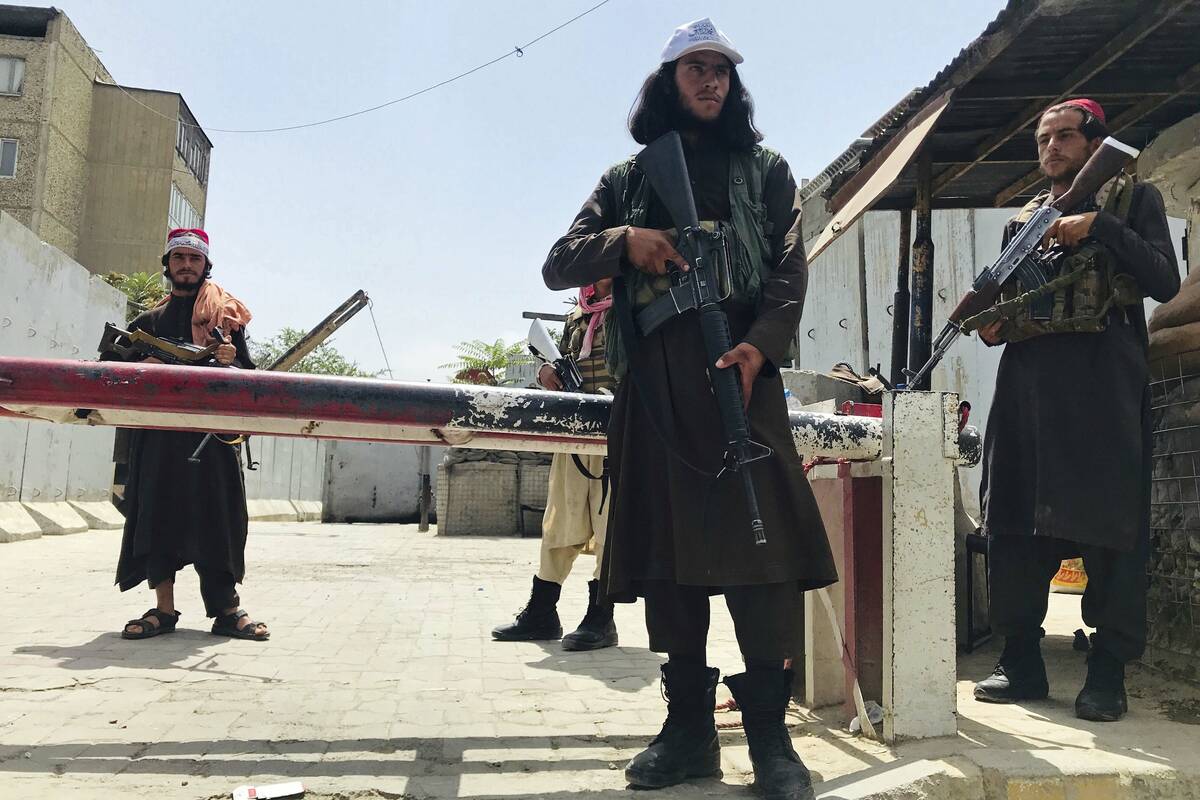 Taliban fighters stand guard at a checkpoint near the US embassy that was previously manned by American troops, in Kabul, Afghanistan, Tuesday, Aug. 17, 2021. (AP Photo)

If Americans remain stuck in Afghanistan, but President Joe Biden ignores them, does the national mainstream media treat it like a crisis and scandal?

Those numbers are shocking. They’re also significantly higher than what the Biden administration claimed previously. After U.S. forces left, the White House said between 100 and 200 U.S. citizens remained.

It was always outrageous that any American remained there unwillingly.

“If there’s American citizens left, we’re going to stay until we get them all out,” Biden said in mid-August. That didn’t happen.

You might think flip-flopping on a promise to evacuate Americans from a hostile country would dominate media coverage. Undoubtedly, it would have if Biden were a Republican. But the national mainstream media are less interested and less aggressive in pursuing stories that reflect poorly on powerful Democrats.

The disaster in Afghanistan goes beyond the stranded Americans. Around 20,000 Afghans who are in the special immigrant visa pipeline remain stuck. The administration made a big deal over the number of Afghans it evacuated. Last month, Homeland Security Secretary Alejandro Mayorkas admitted that just 3 percent of those 60,000 Afghans held a SIV. A combined 13 percent were U.S. citizens and residents.

“How can you abandon us like this?” Col. Belal Kohistani, a pilot with an elite Afghanistan special operations group, wrote. We are “your allies and your comrades. We fought and countered terrorism together. We upheld the same beliefs against the terrorists.”

He continued, “Today, we face the threat of death and destitution alone. Our families are begging us to beg of you: Will anything be done to save us?”

It’s too heartbreaking to think about what the Biden administration’s answer to that question is.

There’s more bad news. The suicide bomber who killed 13 U.S. service members at the Kabul airport was previously imprisoned at Bagram Air Base. The Taliban released him when they took over. The supposed terrorist that the Biden administration killed in response was actually an aid worker. The drone strike also killed several children. No Biden or military officials have been criminally charged or even fired.

The Taliban regime is as brutal as ever, reportedly beheading a female volleyball player for daring to play a sport.

Also, the military estimates that ISIS-K, which is out of Afghanistan, will have the ability to attack the United States within six to 12 months. Al-Qaida will have that capability within a year or two. They’re looking to attack this country, too. In the hearing, Kahl said, “We are actually fairly certain that they have the intention to do so.”

The Biden doctrine: Americans are stuck, while ISIS-K and al-Qaida ramp up.