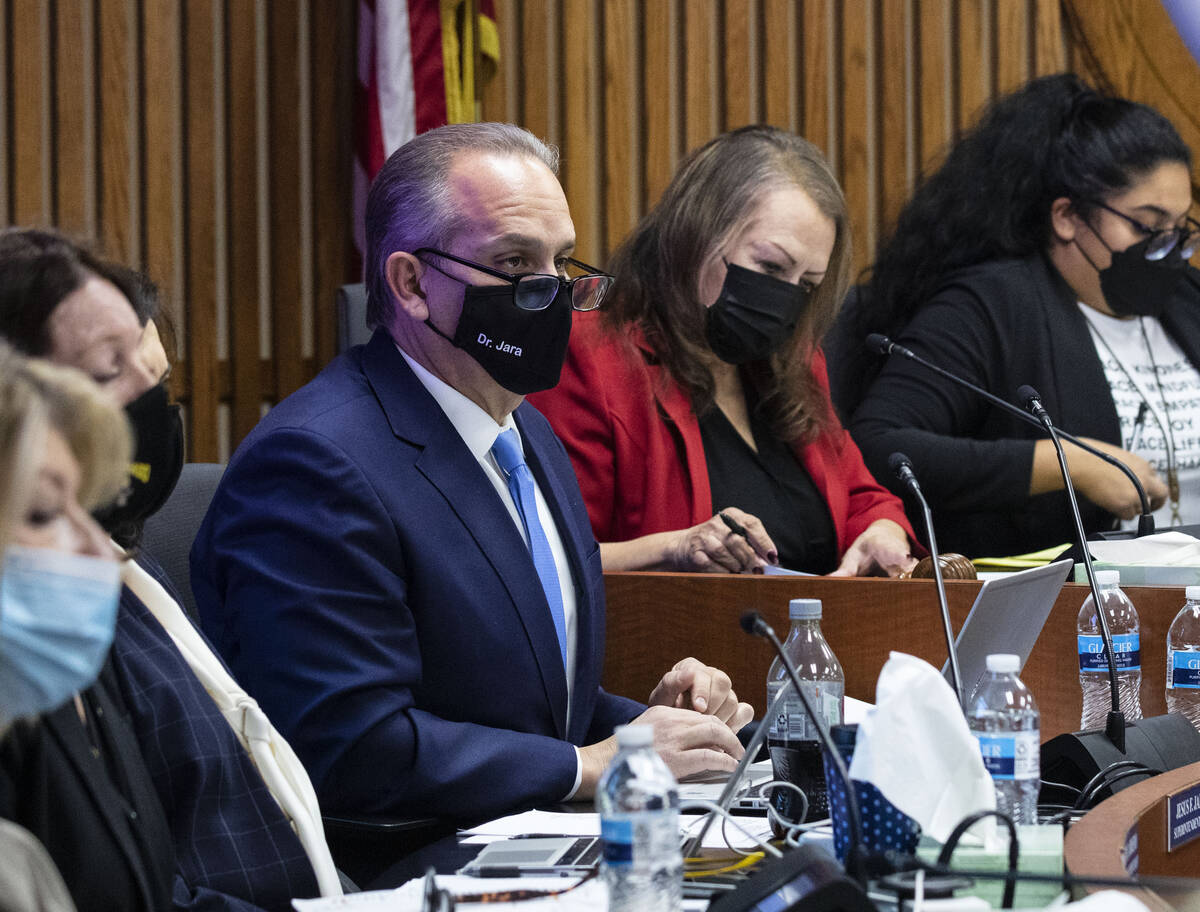 The Clark County School District gutted its grading policy to keep kids from receiving failing grades. Almost a quarter of students had at least one “F” anyway.

These results represent another example of the district’s decadeslong record of failure. But they’re especially shocking when you remember how the district lowered academic standards. Last summer, Superintendent Jesus Jara and the Board of Trustees approved a host of new grading policies.

Students may no longer receive a grade below 50 percent. That’s known as a “minimum F.” Even students who don’t bother turning in assignments receive 50 percent for doing nothing. In addition, teachers may not give students a grade lower than 50 percent for late work or cheating. Students can retake tests to try to receive a higher grade.

The district claimed the new system would be “equitable” and “supports all students being successful.”

The best possible interpretation of these brutal statistics is that they’re an improvement over last year. In spring 2021 — during a pandemic and remote learning — 39.2 percent of students had at least one “F.” Among high schoolers, it was 40.9 percent. Almost 16 percent of all assigned grades were “Fs.” That’s what happens when a district closes its doors for most of the school year.

That would be a problem if one’s priority was improving student achievement. Accurate information on what students know — and don’t know — is essential to closing learning gaps. But there’s little evidence that Jara, the trustees and teacher union officials are prioritizing student learning.

Why do the hard work of helping students learn when you can cook the books and make it look as if students are doing better? The number of district students with an “F” grade last semester is roughly equivalent to where it was in spring 2019.

“Students need practice with math, especially with equations,” he said. That’s why he gave out homework. “The leverage that homework carries — it was gone” after the new grading policy, he said. “They didn’t get the practice they needed. Then, they didn’t perform well on assessments.”

He continued, “I should have had 17 students fail, but all of them passed, because of the minimum F,” he said.

Don’t think students didn’t pick up on the changes, either.

“Students are very smart,” Diggins said. “They catch on very quickly to what is valued and what is not.”

They can be brazen, too. Diggins said one student told him, “You have to go in and change all my grades, because they all have to be minimum Fs.”

That may make things look better now, but Diggins knows advancing students beyond their skill level leads to frustration. When something frustrates students, they “avoid” it, he said.

Diggins had been a district teacher for more than two decades, but he won’t be back next fall. Instead, he has accepted a teaching position with Coral Academy of Science, a charter school.

“I had to get out,” he said. “Philosophically, ethically, it was not the place for me.”

Don’t worry parents. Your children may not have a teacher or learn anything, but their grades will look just fine.