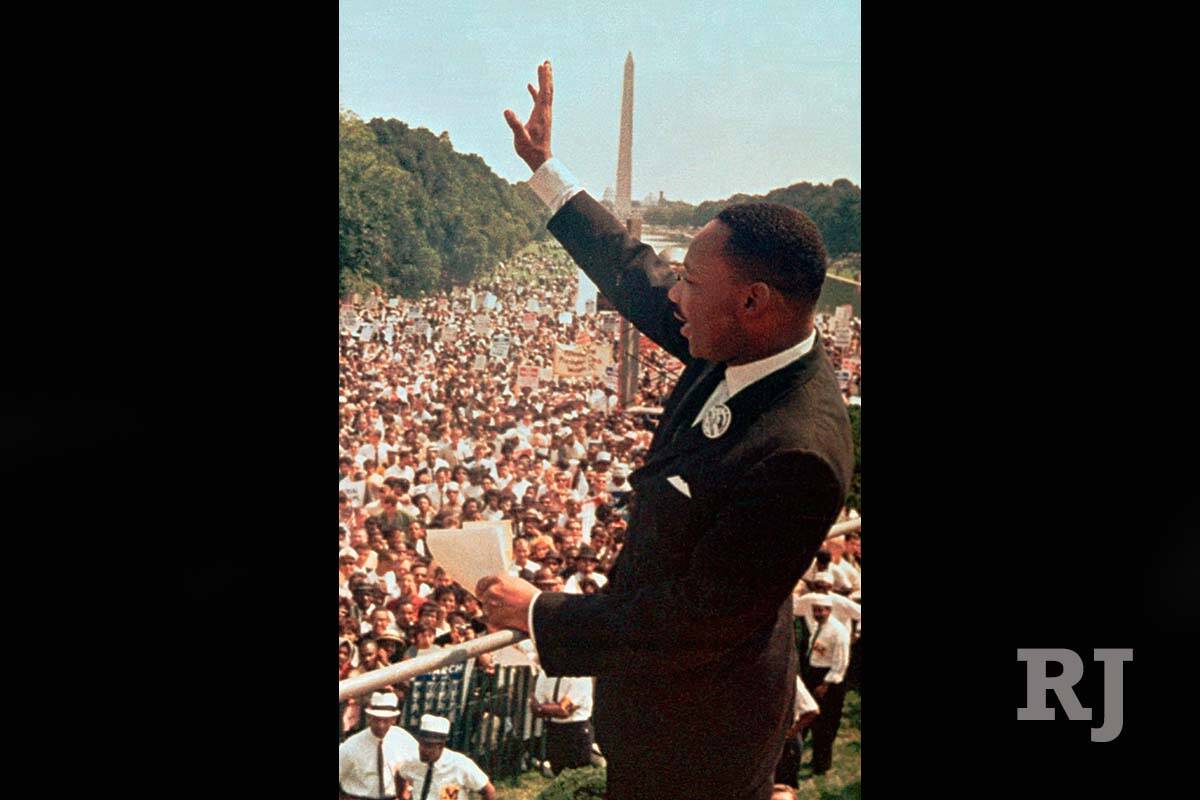 In this Aug. 28, 1963, file photo, the Rev. Dr. Martin Luther King, Jr. acknowledges the crowd at the Lincoln Memorial for his "I Have a Dream" speech during the March on Washington. (AP)

Quoting Dr. Martin Luther King is a good way to run afoul of those pushing diversity, equity and inclusion.

On Monday, the country will celebrate King’s life and legacy. His “I have a dream” speech is instantly familiar to most Americans. He delivered it on the steps of the Lincoln Memorial. It was 1963, a century since Lincoln signed the Emancipation Proclamation. While slavery had ended, racial discrimination hadn’t. Those gathered wanted to change that. Instead of attacking America as inherently racist, King urged the country to live up to her stated values.

“I still have a dream. It is a dream deeply rooted in the American dream,” he said. “I have a dream that one day this nation will rise up and live out the true meaning of its creed. We hold these truths to be self-evident that all men are created equal.” He elaborated, “I have a dream that my four little children will one day live in a nation where they will not be judged by the color of their skin but by their character.”

In many ways, King succeeded. Racial discrimination is largely illegal. In 1958, just 4 percent of Americans approved of interracial marriage. Today, it’s 94 percent. In 2013, The Washington Post found the U.S. was one of the world’s most racially tolerant countries.

Today, however, King’s vision faces a new threat — the push for “diversity, equity and inclusion.” DEI policies and trainings have swept through institutions, including universities and major corporations. Those terms may sound unobjectionable, but it’s critical race theory rebranded for public consumption.

Critical race theory holds that all racial disparities in outcomes are the result of racial discrimination. Race-neutral laws aren’t the objective. Adherents believe they can be used to cover up racism embedded in society more broadly, which they label systemic racism. Their solution isn’t to appeal to America’s ideals, like King did, but tear it down and rebuild it. They want to use overt racial discrimination to ensure equal outcomes. Their dream is to judge people by their skin color, not their character.

Consider what this looks like in practice. In June 2020, students asked an accounting professor at UCLA to take it easier on Black students, because of events such as the death of George Floyd. He declined, citing MLK, among other reasons.

The students pitched a fit. He was then put on leave and barred from campus. Only after the story received national pushback did the school relent.

This incident is emblematic of the changes brought by DEI policies. Major universities have ditched SAT requirements in the name of equity. Law schools and even medical schools may soon drop testing requirements as well. Elite institutions discriminate against Asian Americans when admitting students. Almost half of large institutions have specific DEI criteria when considering professors for tenure. As The Free Press reported recently, at many universities “allegiance to DEI has become a formal job requirement.”

Large corporations have embraced this too. Days ago, Wells Fargo said it was scaling back its mortgage business. It will now only offer home loans to existing customers — and minorities. A diversity and inclusion training at Disney instructed employees that it was a sign of white fragility to “treat everyone the same.”

Equity has been a driving factor in lowering discipline standards and inflating grades at the Clark County School District too. That hasn’t helped students — of any color.

Since King’s speech, there has been much progress in judging people by their character, not their skin color. DEI is a major step backward.