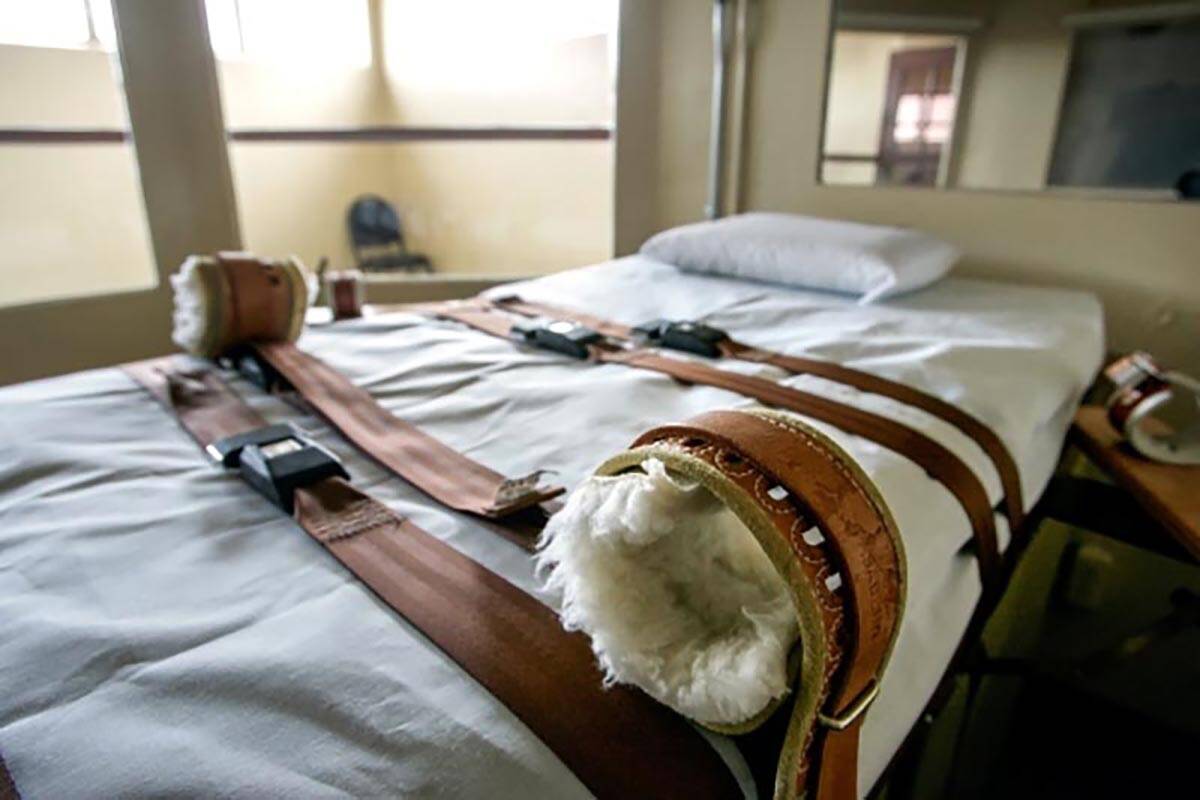 Gov. Steve Sisolak spent four years making life easier for criminals. It’s sadly fitting that one of his last acts is trying to reduce the sentences of those on death row.

The Nevada Board of Pardons is meeting next Tuesday. Sisolak has asked to include an agenda item on commuting all death sentences to life in prison without the possibility of parole. Sisolak, Attorney General Aaron Ford and the state Supreme Court justices sit on the board. To pass, a majority needs to approve it.

Last year, there were 64 men on death row in Nevada, but there hasn’t been an execution since 2006. In recent years, Clark County District Attorney Steve Wolfson unsuccessfully tried to execute quadruple-murderer Zane Floyd. It’s a sad commentary on our society that drugs are available in some states for euthanasia but not to execute monstrous killers.

In 2021, the Legislature considered a bill to end capital punishment and reduce the sentences of those on death row to life without parole. The Assembly passed it, but it died in the Senate. At the time and facing re-election, Sisolak said he generally opposed capital punishment, except for “incredibly severe situations.” Ford has written that he wants to “abolish the death penalty.”

There are good arguments against the death penalty. The most persuasive is that government bureaucracies, including prosecutors, can and do make mistakes. You can’t undue an execution. But that’s a reason to be cautious when seeking the death penalty, not to abandon it altogether. Nevada prosecutors already seek the death penalty only in a small subset of murders. Justice demands the most horrific and cruel killers receive the death penalty. For instance, if the Oct. 1 shooter had survived, capital punishment would have been the only appropriate consequence.

Plenty of men on Nevada’s death row fit that bill. Floyd walked into an Albertsons on West Sahara and murdered four people with a shotgun. The attack was caught on video.

Javier Righetti pleaded guilty to raping and killing a 15-year-old girl. She was a freshman at Arbor View High School in 2011. He tortured her, stabbing her more than 80 times in the face and other parts of her body. He also carved “LV” on her body. Righetti also raped three other women.

Jeremiah Bean killed five people during a 2013 Mother’s Day weekend crime spree that shocked Northern Nevada. In 2019, the Nevada Supreme Court unanimously found “the death penalty is not excessive in this case.”

In 2003, Beau Maestas stabbed and killed a 3-year-old girl with a knife and paralyzed her 10-year-old sister. He was upset about a drug deal he made with the girls’ parents.

These are vile and reprehensible crimes.

It’s uncertain what will happen Tuesday. Ford’s office declined comment when asked for his stance on it. Sisolak’s office didn’t respond. Gov.-elect Joe Lombardo, who isn’t on the board yet, demurred. Politically, Ford has the most to lose. He’s likely to run for governor in 2026. Going easy on the convicted murders listed above wouldn’t endear him to voters.

One thing is certain. These vile and reprehensible men deserve to die, not have their punishments reduced.