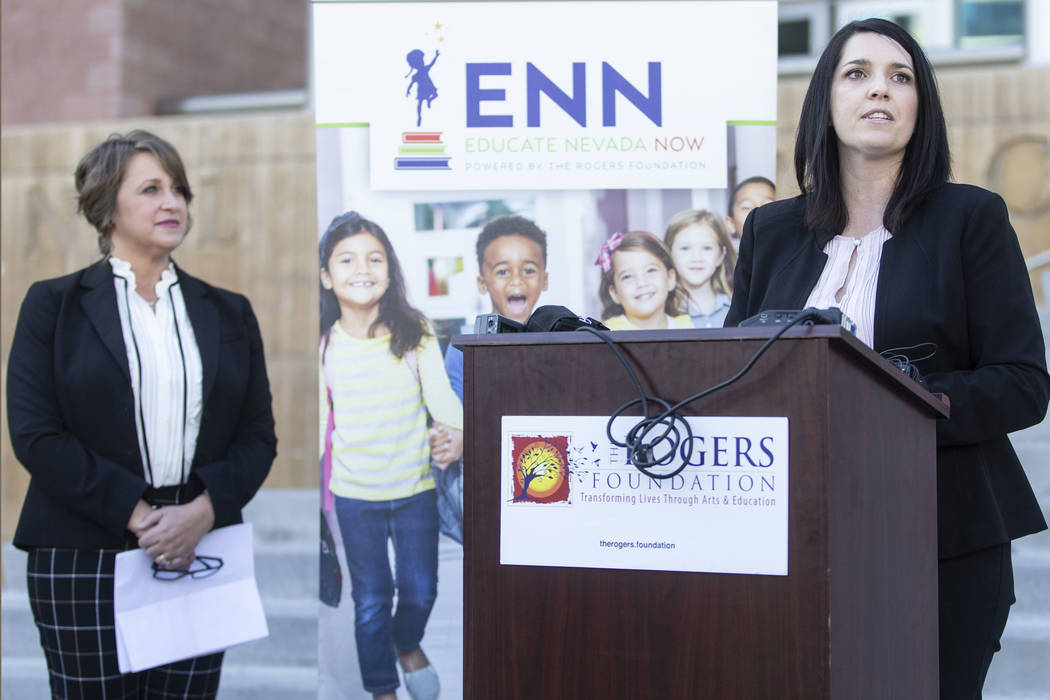 If those behind a new education funding lawsuit are upset about the quality of Nevada’s public schools, they should be suing themselves. They’ve supported the very education initiatives they now claim have produced a constitutionally deficient system.

On Wednesday, Educate Nevada Now sued the state over what it argues is a lack of school funding. The group wants the courts to rule that the state doesn’t provide enough money to produce a minimally acceptable level of education. The lead plaintiff in the case is Caryne Shea, who is vice president of the education advocacy group HOPE for Nevada.

It’s not news that Nevada’s education system is doing poorly. What’s noteworthy is that both ENN and Shea have spent the past five years praising the steps Nevada politicians have taken on education.

“The majority of HOPE’s objectives this session came to fruition,” the release read. It continued, “Nevada’s students, teachers are real winners with unprecedented funding for schools.”

ENN came into existence during the middle of the 2015 legislative session. Its first big move was to file a lawsuit against Education Savings Accounts, a school choice program passed earlier that year. ESAs would have forced public schools to improve by enabling families to choose alternatives, such as private schools. ENN won its lawsuit, and ESAs never took effect.

In 2017, both ENN and Shea’s group praised the actions taken during Sandoval’s final legislative session.

“Nevada’s education reform architecture that has been developed through bipartisan effort in the last three sessions is sound and ambitious,” Sylvia Lazos, then-ENN’s policy director, wrote as part of written testimony submitted during the session.

Both parties praised the results of that session too. HOPE’s newsletter said, “Public education overall made out pretty well.” Lazos called it “a big win for our students” and praised Sandoval for extending programs that “move the needle in our K-12 education system.”

Connect the dots here. For years, politicians have been enacting the very plans, including new funding, that both ENN and Shea praised as the way to improve education. Their policy ideas failed so badly that ENN and Shea are now calling on the courts to violate the separation of powers and make legislative decisions.

This is the height of arrogance. ENN and Shea should be begging for forgiveness from Nevada students for pushing policies that they now acknowledge failed miserably. They mistakenly believe that you can fix a broken system by dumping more money into it. Parents wanted ESAs even though they were worth only around 60 percent of public school per-pupil spending. How the money is spent and who spends it matters more than how much is spent.

If only people so involved in education learned from their mistakes.