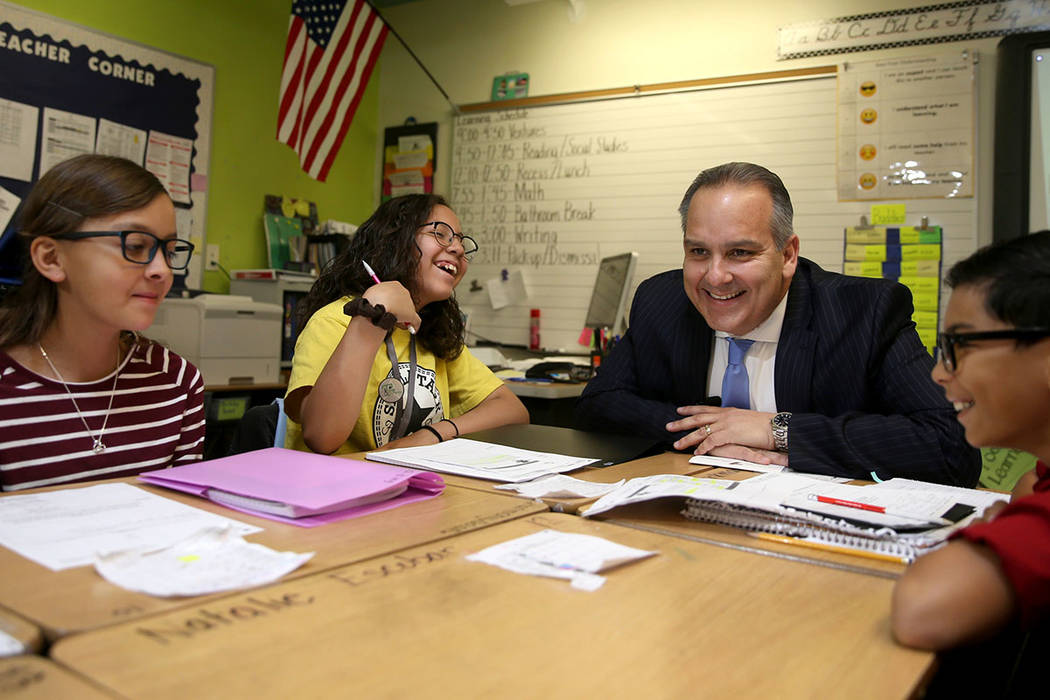 If public schools received grades like students do, many five-star schools would be getting substandard and failing marks.

Since the state of Nevada began ranking schools, officials have held up five-star schools as pillars of excellence. State education officials want taxpayers to believe five-star schools haven’t just topped out on the grading scale, they need only the most minor of improvements.

“A five-star school demonstrates superior academic performance and growth with no opportunity gaps,” Nevada Department of Education guidance reads. “These schools are recognized for distinguished performance.”

Sounds impressive. But not after you dig into the details.

Students are familiar with the 100-point grading scale. An A is awarded for scores from 90 to 100. But schools are graded on a more generous curve. Elementary schools receive five stars for earning between 84 and 100 points. Four-star schools score between 67 and 83. Middle schools receive five stars for getting just 80 points out of 100. Four-star middle schools score between 70 and 79. High school cutoffs are 82 and 70 points, respectively.

It would be one thing if earning 84 points as an elementary school meant that 84 percent of its students were proficient in reading. Not even close.

Elementary schools earn points in five categories. Academic achievement is worth 25 points. Schools can earn up to 20 points based on student proficiency levels in English, math and science. The measurement isn’t how many students are proficient in all three subjects. The model combines the proficiency rates in each subject. A school earns maximum points if its pooled proficiency rate is 60 percent or higher.

Those are the five-star schools. Dondero Elementary School is a four-star elementary school with an English proficiency rate of 44 percent.

No wonder Democrats were so eager to gut the retention portion of Nevada’s Read by Grade Three law. Parents would have revolted if five-star schools had retained students en masse. Better — for Democrats and education bureaucrats — to shuffle those struggling students along until they receive a diploma they may or may not be able to read.

Supporters of the performance framework will correctly note that the model prioritizes student academic growth over proficiency. This is important, because it isolates how well the school is doing educating students, instead of just reflecting how much students knew to start with.

It’s a fine way to judge schools, but not when the standards are this low. Elementary schools receive full points if 63 percent of students have made adequate growth in English. For math, schools earn full points if 52 percent of students made adequate growth. A student earning those percentages on a test would get remedial work. Elementary schools get top marks.