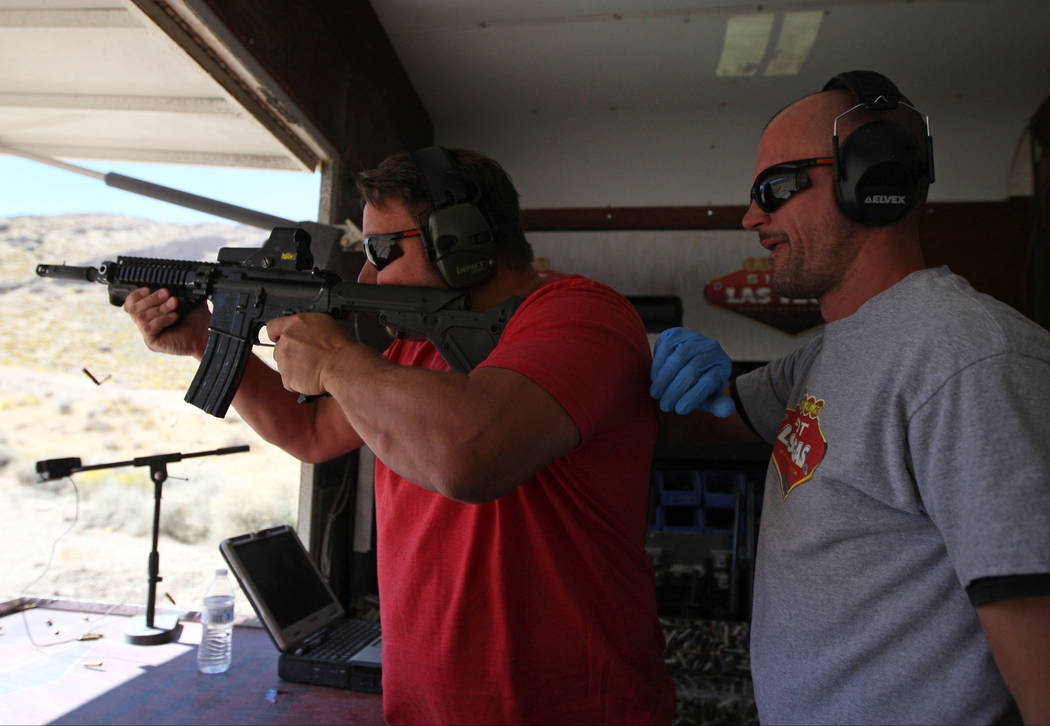 The best way to prevent or limit gun violence is with a gun. Just look at what happened at a Wisconsin school last week.

On Monday, a 17-year-old student at Waukesha South High School brought a gun to school. Someone reported him and a school resource officer rushed to the scene. After students were moved to a safe location, additional police officers attempted to reason with the student. He wouldn’t listen, eventually pulling his gun out and pointing it at the officers. An officer shot and wounded the student.

After every school shooting, there is an outcry for solutions. Gun grabbers exploit the emotion of tragedy to push stricter gun control measures. When those efforts fail to stop the next school shooting, they come back demanding even more stringent firearm restrictions.

A better idea is to look at the schools, such as Waukesha South, that have managed to stop potential shootings. It’s important, for instance, to have someone notice that something is wrong and report it. Sometimes a situation also requires a good guy or gal with a gun who is willing and able to use it.

Notice something about guns here. A firearm made the student a threat, but it also enabled a police officer to stop a potential massacre. Gun control advocates often portray guns themselves as the problem. But a gun by itself isn’t dangerous. It’s how it’s used that matters.

Police officers aren’t the only ones who use firearms to defend themselves. In October, two assailants entered a Florida family’s home, the New York Post reported. They pistol-whipped the husband, giving him a severe head wound, and grabbed their 11-year-old daughter. The wife was eight months’ pregnant. On her own, she wouldn’t have been able to stop them. But she used an AR-15 to shoot one of the attackers. The criminals fled, with one dying from his wound.

A gun is a tool — that can be used for good or evil.

Gun control advocates argue that this tool is simply too lethal. After all, we don’t let people walk around with grenade launchers. They assert that it’d be better if guns — or at least certain types of guns — were banned entirely. Set aside the constitutional, moral and practical problems with that idea. That argument would at least make sense if a ban would prevent would-be criminals from being armed.

But it wouldn’t. Chicago has some of the strictest gun control laws in the country. More than 2,500 people have been shot there this year. Gun control advocates blame nearby states, such as Indiana, for having less restrictive gun control laws. If the whole country adopted stricter gun control measures, the theory goes, the supply of guns in Chicago would dry up.

Mexico has embraced that idea. There is one legal gun shop in the country. The background checks needed to buy a firearm take months. In other words, it’s a gun grabbers paradise — with one problem: The country is awash in gun violence. Its murder rate is around six times higher than the murder rate in the United States.

Last weekend, a drug cartel attacked the town of Mexican town of Villa Union with a heavily armed convoy, including trucks mounted with machine guns. The attackers fired freely during a 90-minute battle with police and the Mexican military. More than 20 people died, mostly cartel members.

That provides an important lesson on how to reduce gun violence. If you want to prevent someone from becoming a school shooter, don’t pass another law. Give him a reason to believe that if he starts shooting, someone will shoot back.